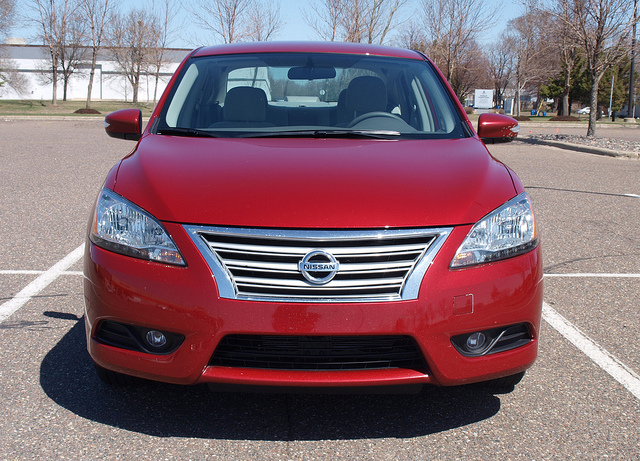 The compact car is just not what it used to be.

It was just recently that we viewed compacts as just “small cars.” Nothing significant or special came out of a compact, unless you craved high fuel mileage, practicality in a smaller package or, on that special occasion, something with a bit more oomph.

Then, gas prices went up. American motorists were forced to downsize their vehicles and their lives. At the same time, the compact car was primed to fulfill that need. The vehicles themselves were getting better with better performance and fuel efficiency.

The latest compact car to meet this challenge is the new Nissan Sentra. The name has been around since 1981 when the company decided to rebrand itself using the corporate name instead of the old familiar brand of Datsun. It also signified the transition to front-wheel drive for its compact cars. The past 32 years were a mix of success and questionable decisions. Through these years, the Sentra held its ground, finding homes to many compact car buyers.

The latest Sentra arrives at a time when every new compact car would raise the bar another inch. One would boast greater fuel efficiency or some new technology. Others would up the ante on design and airflow management. This is all great, but this Nissan has something a lot its competitors seem to have forgotten when redesigning their small sedans and hatchbacks – more room.

That is the key to the new Sentra. But, is that enough to even look at it? 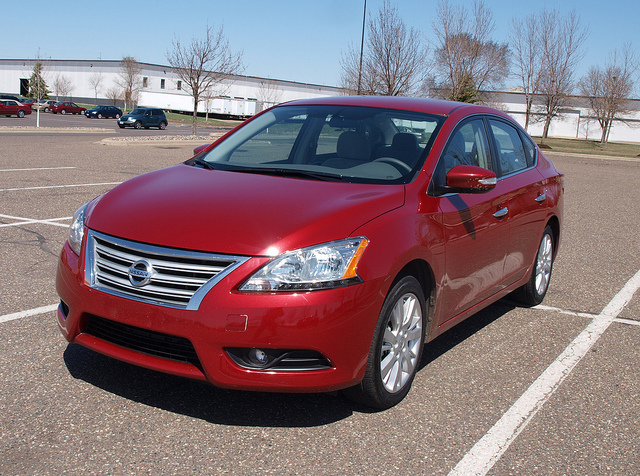 At first glance, it has all of Nissan’s latest design signatures. The “windswept” grille greets you with a six-glass profile and a variation of elements from other products from the line. It may appear quite anonymous, even within walking distance. However, the telltale styling signatures still make the Sentra distinctive in its own way.

The overall look does present some problems. As the Altima may remind some of the Maxima, the Sentra could be mistaken for its larger mid-sized brother. That is why Nissan went to lengths to ensure consumers that they are buying a Sentra – grille textures, taillight treatments and sweep lines included.

The SL’s package includes seventeen-inch alloy wheels shod with Continental tires. There are turn signal repeaters on the side mirrors. These details invite compact car buyers to at least consider the “little Altima” over the competition. 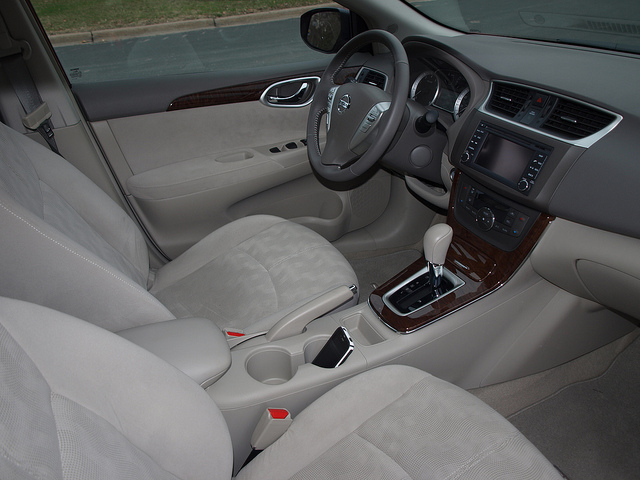 Once inside, the first thing you notice is solid quality all around. There are plenty of reminders that you are in a Nissan – a straightforward, no-nonsense cabin emphasizing the basics over design language. There is some style to the cabin, especially on the instrument panel, however the purpose for the Sentra is to make things simple within context. Controls are typical Nissan from the HVAC to steering wheel cruise and audio controls – good to the touch, a tad fiddly on the toggles. Instrumentation follows the same principle of being simple and straightforward.

Seating follows the back-to-basics approach. Front occupants get a pair of thick chairs with nominal bolstering all around and lumbar support for the driver. Manual adjustments allow for height, rake and recline. Rear seat passengers are in for a huge surprise with one of the best back seats in its class. Sentra passengers should expect rear legroom equal to a mid-sized sedan. However, rear headroom would top out for a six-footer – or someone slightly taller with a standard-to-shorter torso.

The Sentra SL came with a package that included navigation, SiriusXM satellite radio and Bluetooth connection for phone and music streaming. Sound is piped through six standard speakers that are well balanced throughout the cabin. One would have to be careful with deep bass tones to lay off the volume to not let the rear speakers vibrate. 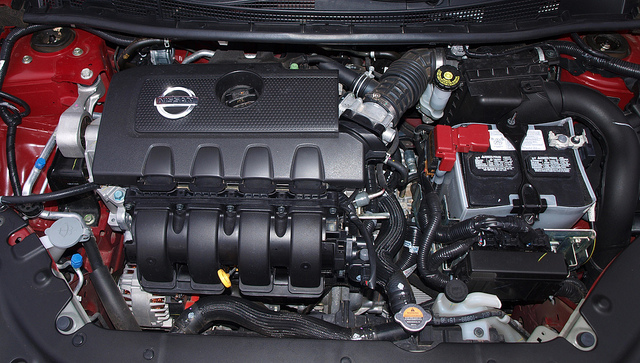 Open up the hood, and a 1.8litre dual overhead camshaft, 16-valves-per-cylinder engine appears underneath. The four-cylinder motor puts out 130 horses on the top end, with a torque rating of 128 pounds-feet. Power is decent and balanced. Do not expect fast getaways, but good cruising behavior at highway speeds. Nissan’s improved Xtronic continuously variable transmission sends power from the 1.8litre engine to its front wheels.

When driving the Sentra, you will notice how solid it runs. It is neither soft nor hard – just somewhere in the middle. Road imperfections are absorbed with a good set of springs and shocks keeping things in the cabin even. You get some lean and roll in the corners, due to its slightly higher stance. The seventeen-inch Continentals grip pretty well in wet surfaces.

Steering response is quick and the turning radius is tight. There is a definite feel of the road from the wheel, which helps in tracking the Sentra on the tarmac. The brakes were a bit spongy at the pedal, but stopping power was decent in normal situations. Panic stops were a bit surer from the pedal.

The one demand for compact sedans these days is fuel efficiency. The Sentra did just fine with an average of 30.1MPG. This is about an average in fuel consumption one expects in this class. 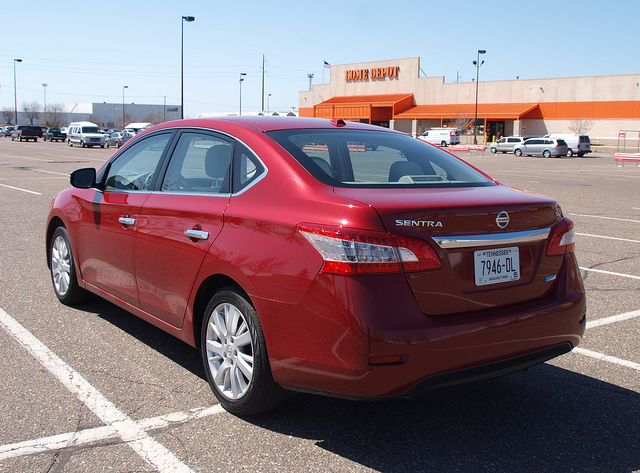 In the past few years, the price of a compact has risen considerably. You start off at $16,780 for a basic Sentra S. This SL model came in at $21,260 with a few more options and packages to go. The maximum price you would pay for a Sentra would be $23,490 – a bargain compared to some other top trimmed compacts.

Lately, the compact class has been on fire. Though sales have not reached the levels equal to mid-sized sedans, interest in getting the most compact for the money – interior space, fuel economy and driving dynamics being the key drivers in selecting the right model – has been on the rise. The choices are getting better with every new entry trumping the competition in one aspect above another. The Sentra has the competition beat in interior space and utilization, quality and overall value.

That value piece is very important. It is what consumers must consider when buying a smaller car for their downsized lives. The Sentra is worth considering due to its no-nonsense approach to the task at hand – commuting and carrying three other people.

Keep in mind that the compact class has plenty of great choices. Find the right combination and you win. Remember, the compact car is not what they are used to be – they are now much better than before.