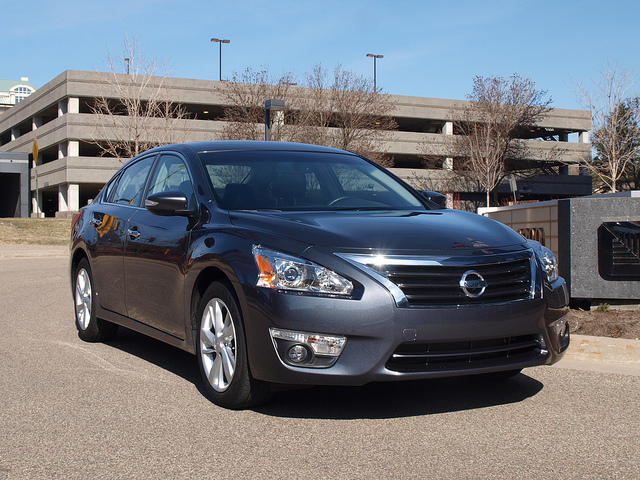 In the most competitive segment in this automotive market, the race for the top has just heated up.

For years, the Toyota Camry has been the best selling passenger car in the U.S.A. Its leadership remains unchallenged – until now. I was flipping through the sales charts recently and found out something very interesting. In March of 2013, the Nissan Altima outsold the Toyota Camry by 100 units – 37,763 vs. 37,663. The Honda Accord came in with 36,504 – third behind the Nissan and Toyota amongst passenger cars. A 100-unit margin is not exactly enough to hand over the crown to any vehicle. However, the marketplace may be signaling a sea change in its highest volume segment.

If this trend continues, we have a best seller that almost everyone might actually love.

To find out why the latest version of Nissan’s mid-sized family sedan has become such a huge hit, I delve into a deeper look to see whether the Altima has what it takes to become the choice in the midsized family sedan market.

It certainly looks the part. The Altima was designed with plenty of shapes all around for airfow management at speed. The result is simply a dashing looking sedan that stands out in the crowd, even if the crowd actually stands out apart from each other. You know it is a Nissan with its new “windswept” grille that makes a big impression at first sight.

The rest of the car certainly reminds you of an upmarket Nissan – the Maxima, to be exact. There are times when you could easily mistake the Altima for one. It is not a bad thing – rather, a compliment! Word has it that the Altima could become the top Nissan in several markets outside of North America. It has been designated as the company’s entry in Australia’s V8 Supercar racing series. See where the Altima is ultimately going? 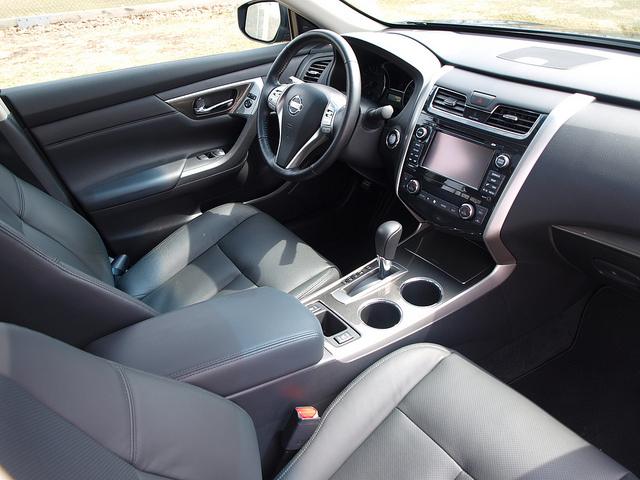 The upmarket feel is replicated inside. Surfaces, upholstery and finishes denote higher aspirations when you choose the SL model above the rest of the lineup. This tester had the added bonus of the Technology Package on top of the luxury SL trim, which means more toys to play with on the road.

No matter the trim selection, the Altima is all business at the wheel. Instrumentation is straightforward; controls have great action with less flimsiness than before and, if you spent more than enough time in a Nissan, are very familiar. New to the Altima is a TFT information center connecting the top of the tachometer and speedometer dials. The switchable screen monitors everything from tire pressure to fuel consumption to settings on the vehicle. It also offers a visual for the Blind Spot Monitoring and Lane Departure Warning functions on the Tech package – very useful, indeed.

The center stack houses a touch screen that offers up audio, Bluetooth-connected phone and navigation functions. In addition, Nissan Connect adds Google Point-of-Interest and Again, functions and readouts are familiar to the Nissan driver, which is very easy for anyone else to navigate. Bose provides nine speakers of sound for AM/FM/SiriusXM radio and playback using a USB or Auxiliary hack, Bluetooth connection or a SD card.

The seats are not as bolstered as I would prefer, but they are comfortable to work in. The leather upholstery in the SL simply feels right – softer, but not taut. The driver’s chair is big and offers plenty of adjustment from relaxed to a more engaged driving position. Plenty of headroom up front for tall drivers and passengers. The rear seat offers loads of legroom for most passengers. Headroom would top out at 6’2″ once the head hits the top of the glass. Four adults would find fantastic comfort over long distances in the Altima. 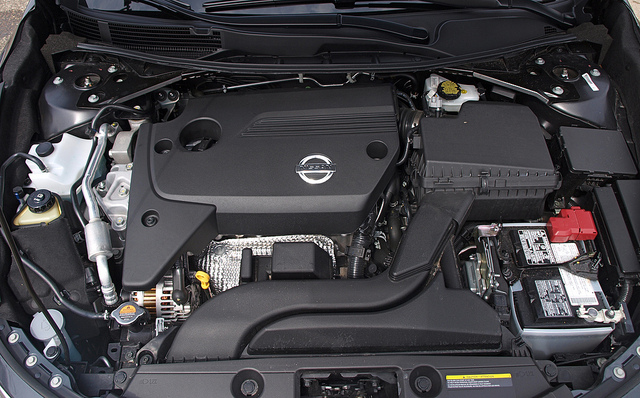 Motivating this SL tester is Nissan’s familiar 2.5litre four-cylinder engine. With 182 horsepower on tap, the engine is the right fit for this 3,187-pound sedan. Since it is connected to the latest Xtronic Continuous Variable Transmission, engine behavior is much better than before. There is great response to the accelerator, which leads to a relaxed cruise at any speed around 1500RPM. It is a bit noisy at acceleration, but the sound is neither obtrusive nor offensive. Power from this combination is sent to only its front wheels.

The Altima is very well behaved on the road. The balance between ride and handling is right for segment consumers, though enthusiasts would rather have a bit more tautness overall. In the SL, the ride/handling packaging is just right. There is enough control and softness to make the ride compliant and smooth. Through rougher parts of the road, the Altima does it best to keep the ride level while attempting to absorb the bumps, gaps and other surfaces. You will feel minimal lean and roll in the turns, but not enough to raise concerns. There is plenty of grip from the tester’s Continental tires to keep you planted on the road. Sadly, there is enough wind noise for even the most sensitive driver to be a tad annoyed by.

The “just right” feel is shared in both turning and braking. Steering action may seem disconnected to the wheels, but it is exacting. Turning radius is not exactly super-tight, but is can get you through a u-turn quickly. Feel from the wheel is on the light side overall. Brakes feel good and stops are exacting in both regular and panic situations.

Where the Altima exceeds expectations is in the fuel tank. The Altima turned a fuel consumption average of 31.5MPG – right at where the EPA stated it would be. If there is a reason to consider the Altima, that figure would be a very huge factor. 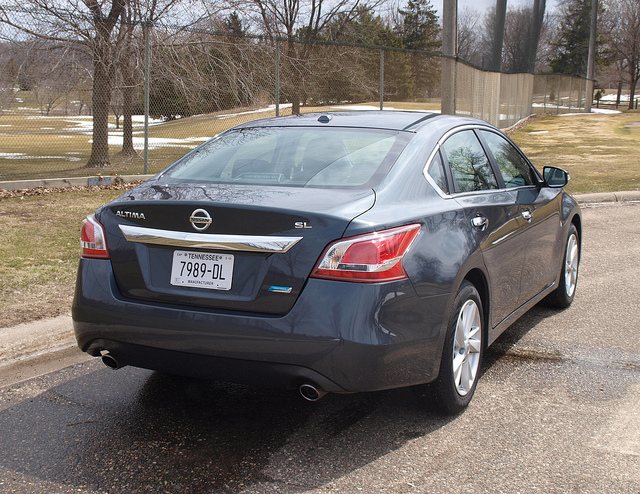 To be a leader in this segment, everything has to be executed well – quality, performance, space, fuel efficiency, etc. When you start driving each of the competition, there will be some things that will stand out amongst the rest. It also has to serve your purpose well – whether it is the primary family car or a vehicle you use on business.

The Altima stands at a point in this market were leadership is important for it to succeed. It has plenty going for it – handsome looks, balanced driving dynamics, good utilization of interior space and better-than-average fuel consumption. Though it is not perfect, it remains a very good choice in this segment.

Though March’s sales victory still remains the achievement for Nissan; the year is still not over. Last month, the Altima fell to fourth in its class and amongst the top 10 in passenger cars. You can still bet this mid-sized family sedan will fight to the finish line with its main competitors.