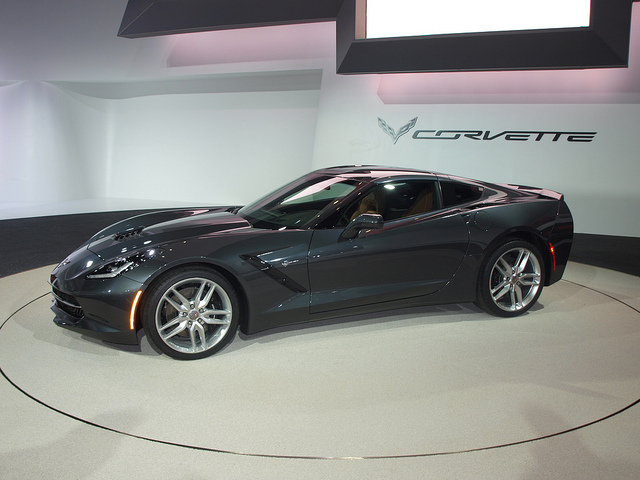 There is sort of a confession to make: I love auto shows.

This love of convention centers turned into humongous showrooms began early in life. I was about seven years old when I recall attending the L.A. Auto Expo at the old Sports Arena south of downtown Los Angeles. Back then, there were two auto shows to attend with a slightly different focus for each. The Auto Expo was geared toward the foreign car consumer, as you would never find a domestic car in sight.

Over the decades, I probably racked up attending ten different auto shows in nine cities. These days, I rarely get the chance to attend a show for pleasure. It is all work, but for a greater purpose. From these auto shows, the spark of story ideas generates what you see on these pages. A debut at one show may become a review subject months later.

From the beginning of this year, I had the privilege to work at three auto shows across the Midwest. One is truly the most important auto show in North America, the second is where most of the story ideas actually come from and the third is our home auto show.

Follow me, as I take you on a tour of three convention halls and a few other locales that made up this auto show season so far…

NORTH AMERICAN INTERNATIONAL AUTO SHOW: Originally, I had not planned on going to Detroit to attend this show. An invitation came, which I accepted with honor. What happened after I landed in the Motor City was beyond amazing.

When it comes to vehicle debuts, NAIAS is in a class by itself. The timing on the calendar is just right, as the New Year starts its cycle. Therefore, the anticipation is heightened of what might come from the halls of Cobo Center.

My first order of business in Detroit was to attend the world premiere of the 2014 Chevrolet Corvette Stingray. Just up Interstate 75 from downtown, we were shuttled to a secret location where it was part-rock concert, part-art gallery. On stage, the red car emerged – a track-ready seventh generation of America’s sports car. As soon as it was driven onto the stage, the Corvette Stingray became the undisputed star of NAIAS. 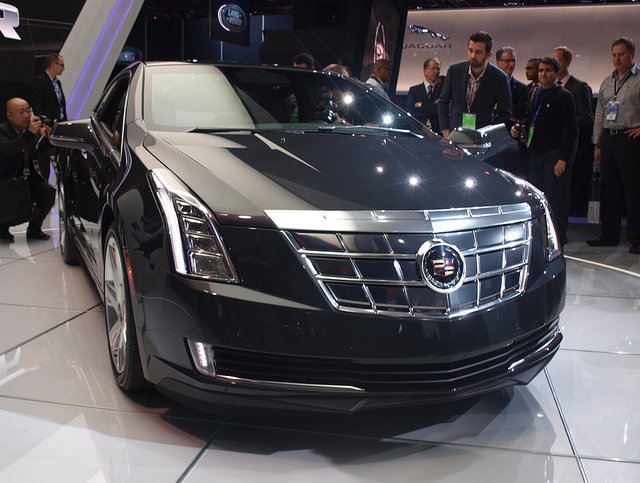 Detroit also set the stage for the debut of many new vehicles we will see on our roads soon. If there happened to be a second leading debut after the Corvette Stingray, it would be the Cadillac ELR. Based on the Chevrolet Volt, the ELR is a two-plus-two luxury coupe combining Cadillac’s Art&Science design language with the proven Voltec extended range electric drive system. The ELR made such a splash that former General Motors executive Bob Lutz showed up to pose with the stunning sustainable coupe.

There were other vehicles that made first appearances in Detroit, such as the 2014 Lexus IS sedan, the new Maserati Quattroporte, the updated 2014 Jeep Grand Cherokee and the North American debut of the Kia Cadenza sedan. Perhaps my favorite reveal came after Infiniti staged a performance by one of the Cirque de Soleil troupes toward the unveiling of the 2014 Infiniti Q50. I missed the Cirque performance, but had a chance to catch a gaze upon Infiniti’s replacement for the G sedan. Not only is it a real stunner in the flesh, there is perfect amount of room inside for four adults. It will also come in a hybrid version alongside the standard V6 model.

The biggest trend seen at various auto shows has been the proliferation of “concepts” that look production ready. BMW and Acura revealed two such models to tease us on their upcoming product plans. A closer look at both the BMW 4-Series Coupe and Acura MDX would show the time-frame as to when they would pop up at a showroom near you. The same could be said with Toyota’s Furia concept, as it showed off many cues of the upcoming Corolla replacement.

The one debut that a lot of us did not see was the Mercedes-Benz CLA four-door coupe. It appeared at the same time as the Corvette Stingray reveal event at a downtown Detroit hotel, but never appeared on the floor of Cobo Center. Instead, Mercedes-Benz used their press conference to debut the updated E-Class lineup with music provided by Bruce Hornsby and other celebrity appearances alongside Daimler AG Chairman Dr. Dieter Zetsche.

The rest of my time in Detroit was spent interviewing key industry movers and shakers, either in a group or individual setting. One such interview will appear later this year with a glimpse into the how the GLBT community is making an impact inside of the automotive industry.

Going to NAIAS was a huge surprise and a great experience overall. The next time you find yourself in the Motor City in January, this show is definitely worth checking out.

CHICAGO AUTO SHOW: One attends the big show at McCormick Place to see almost everything and anything automotive-related. By square footage, the Chicago show is the largest consumer automotive exhibition in North America. Two massive halls await a huge crowd with the latest and greatest from prior shows, along with its own debuts. 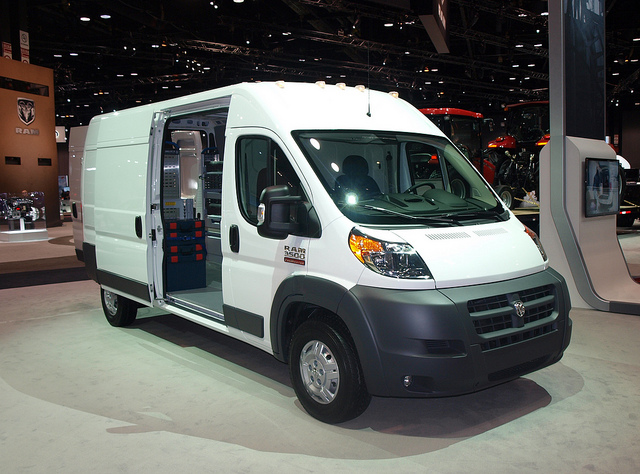 Chicago had some good reveals this year. Ram Trucks rolled out a new brand dedicated to business consumers: Ram Commercial. As part of this new brand, Chrysler leveraged its partner Fiat for its new full-sized van – the ProMaster. What makes this different than the current cargo van offerings is that it rides on a front-wheel drive platform. However, this platform has been proven by Fiat in the form of one of the most popular commercial vehicles on the planet – the Ducato. Chrysler added a few of its own touches, along with its Pentastar V6, while Fiat adds a diesel option.

The one vehicle that yielded the biggest surprise in Chicago was the Kia’s addition to the new 2014 Forte compact lineup – a five-door hatchback. Prior to the reveal, speculation had Kia bringing over their European market lineup to join the recently introduced Forte sedan. Instead, North America is getting a more aggressive hatch that shares a lot of the sedan’s interior and other bits. In fact, the Forte hatch compliments the sedan quite nicely – so say those of us who witnessed it at McCormick Place.

Certainly, there were other debuts in Chicago worth discussing. Sadly, I have found that Chicago has yielded only model updates, new variants and special editions. Some of these debuts were significant, such as the addition of a turbocharged diesel engine in the Chevrolet Cruze and a key update to the Toyota Tundra pickup. Others were simply just to excite perhaps a smaller pool of enthusiasts and journalists.

There are two other reasons to attend the Chicago Auto Show. The space itself lends to more interactive opportunities for attendees. Chrysler had two ride-along experiences inside the hall with Camp Jeep(c) and a “city drive.” Camp Jeep puts you inside either a Wrangler Rubicon or Grand Cherokee to demonstrate their off-road capabilities from axle articulation to extreme hill ascent and decent. The city drive shows the prowess of Chrysler and Fiat products leading to a short acceleration test at the end of that ride-along. Toyota offered a similar experience, as well.

Standard fare at every auto show these days is the chance to actually drive a car for a small period of time. Normally, these experiences would be activated when the show opens up to the public. In Chicago, I found that two of these experiences were available during media preview days. It is a risk giving automotive journalists a chance to drive anything at an auto show – regardless of the weather. It was a risk well taken, thanks to Kia and Cadillac.

A new tradition that became available to a wider spectrum of people is the Social Media Preview. It gave social media enthusiasts a chance to experience the show before the doors open up to the general public. Some manufacturers would have some special program during the day, such as inviting some of their motorsports stars to do autograph sessions and meet-and-greets. Ford brought out extreme motorsports star and co-host of the American version of “Top Gear” Tanner Foust to Chicago for that purpose. To augment this program, panels were added to discuss the impact on social media in the automotive industry and the marketplace.

On a personal and professional level, Chicago has become “my show.” This is where I do a lot of my story pitching and business for this magazine and other outlets I am involved with. I usually come home with vehicles scheduled and a possibility of some media junket later in the year.

TWIN CITIES AUTO SHOW: In its 40th year, our local auto show still stirs the soul of many who walk through the Minneapolis Convention Center in early-to-mid-March. Though sandwiched between two major auto shows on the calendar – Geneva and New York – the Twin Cities Auto Show tries to bring the best from Detroit, Chicago and other global auto shows before it into our backyard. The only real star from the shows I attended this past year was Toyota’s Furia Concept. It has been a while since a true concept vehicle showed up on the Convention Center floor, but this one just seems right for our Auto Show.

True, the Twin Cities Auto Show is purely a consumer show with limited manufacturer involvement. The exhibits, the entertainment stage and other attractions within the show are geared towards the consumer. There are nods to enthusiasts, but one would assume otherwise. 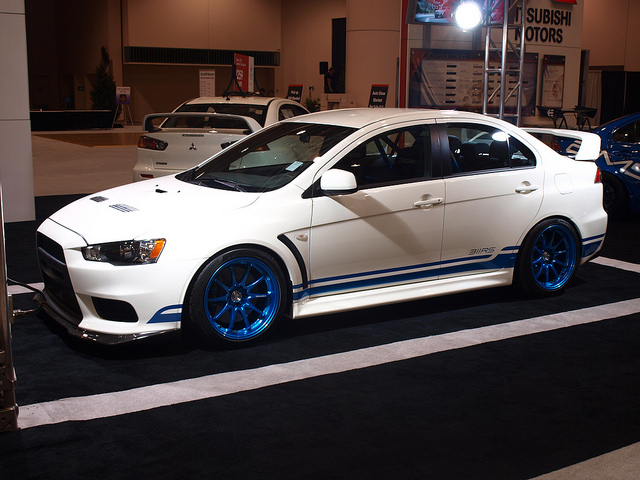 This is where the 311RS comes in. The only product debut at the Twin Cities Auto Show was a local one. Noted Twin Cities-based tuner and racer Ryan Gates crafted the modified 2013 Mitsubishi Lancer Evolution X right in our own backyard by ratcheting up the horsepower and giving it a road-worthy ride. The white-and-blue Evo was envisioned as a track-bred car for the street, creating the balance between the two extremes inside and out. At $49,000, all eleven examples have been spoken for.

The 311RS garnered plenty of attention at the Twin Cities Auto Show. At the media event, an actual press conference was set for the unveiling of the car with cameras and media members present to record it all. It reminded me of the pressers I usually attend in Chicago and Detroit, though on a very localized scale. It was something worth witnessing in my years of covering this industry from right our own backyard.

Admittedly, attending three auto shows in a tight period of time was unprecedented in this contributing writer’s life. Though I felt honored being invited to attend Detroit in January, I felt at the end of my time at the Minneapolis Convention Center that it started to turn into a grind. Perhaps this is the life of most of my cohorts in the automotive media corps. It is not just auto shows where the grind kicks in, but other events as such invited by various manufacturers throughout the year ranging from preview drives to specific events where a debut will occur.

As it has been said – an auto show gives you a license to dream. Through three convention centers, a few flights, a couple of hotel rooms, a press room and many faces along the way – it has been dream fulfilled. You, dear reader, are the beneficiary of this career-long dream. It is indeed an honor sharing this with you.