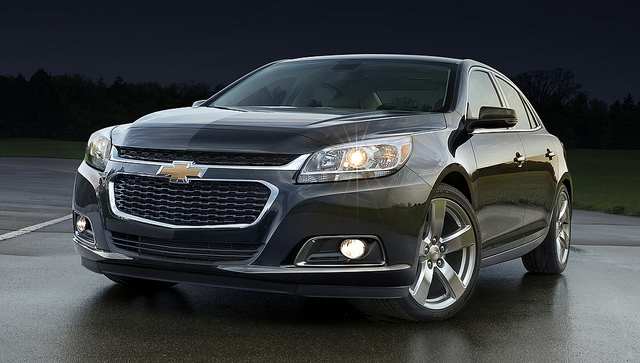 The Malibu was supposed to be the global answer for its segment.

In its 2012 introduction, many promises were made on how efficient the Chevrolet mid-sizer should be. Promises that were challenged by road tests giving the light hybrid Eco models lower consumption numbers than advertised.

If that was not enough, the complaints expanded to overall design, rear seat room, front driver configuration and the late availability of the new Ecotec 2.5liter engine and its accompanying 2.0liter turbocharged engine. General Motors listened and went back to the drawing board to make improvements for the next model year.

One thing was forgotten in the mix – the Malibu was not just for the North American market. It was co-developed by GM-DAT in the Republic of Korea, which happens to be one of the manufacturing sites for this car. It was to sell worldwide – including as a Holden in Australia.

Going back to the drawing board was not as easy one might think, considering the global implications any changes were made to the North American model. That is why the 2014 Malibu has a lot riding on its success.

GM certainly went over the Malibu by targeting a few critical areas – and then some.
For the most part, the exterior was left alone. The big change is up front where Chevrolet’s signature split bowtie grille is enlarged below the badge. Compared to the earlier version, the Malibu now has a personality that is easily recognizable.

The rest of the exterior may just seem mundane, except for few distinguishing lines. Rather, it has a muscular profile. Some of the details harken back to the Camaro – another car that recently took a few nips and tucks for the new model year. Rounding out the LT’s package were some handsome alloys shod with Goodyear Assurance tires.

Step inside and you will see more Camaro influence. The instrumentation are in two pods set with a switchable center screen for trip and fuel economy functions. Chevrolet’s MyLink screen is front and center that also serves as a stowage compartment for goodies. The center console was redesigned for 2014 with more useful cubbies for drinks and smart phones. 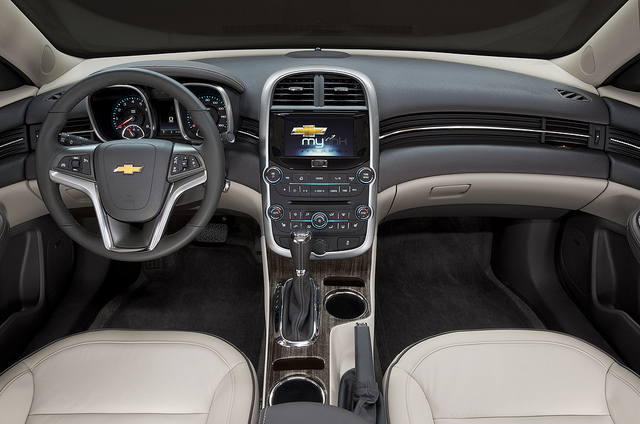 Seating is not bad in the LT’s cloth. These seats were supportive and provided decent comfort. The big complaint about last year’s model was the rear seat space. There is a slight improvement in the back, though the roofline is still too raked for tall passengers. The competition still has the edge in terms of leg room in this class.

For this LT, the new Ecotec 2.5liter lies under the hood. There is 196 horsepower on tap, which is right on the upper end of the class amongst standard engines. Connected to a six-speed automatic driven down to the front wheels, there is a long first gear that revs up towards 5000RPM when the throttle is under stress. Drive it normally, and it is simply fine. No drama when getting to higher speeds.

The Malibu is actually a nice driver. The ride-handling mix is user friendly – a term you would possibly tag on the Toyota Camry. In this case, there is some substance keeping the Malibu on an even keel. The ride is compliant, never jarring. It corners quite well with minimal roll and lean. Steering has a minute lack of feel, though it does react quite well in situations. Braking is pretty good – even when the anti-locks kick in on panic stops.

The improvements on the Malibu, a year after the new generation went on sale, actually help more for the Chevy’s cause. It is still a worthy choice in a class that yields huge volumes and is highly competitive. Before you buy, fit everyone you anticipate driving. That way you will know if the Malibu is the right mid-sized sedan for the job.