At the Everest of the Automobile 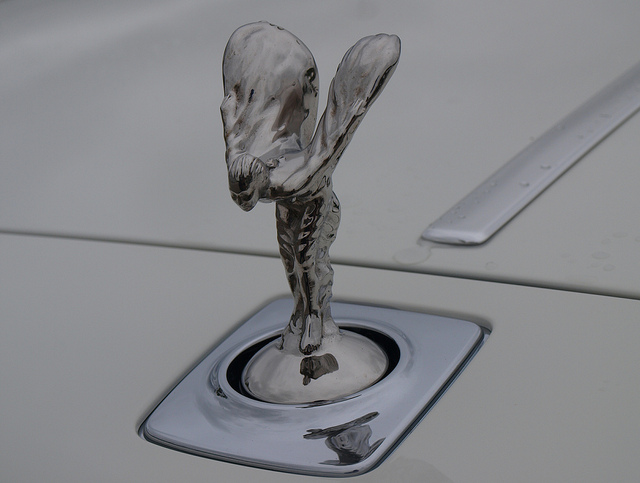 In the automotive world, there is such a place called Everest.

Mount Everest is the highest mountain peak in the world. This Himalayan crest is often the reference for the ultimate of anything. Nothing can top it in the world – absolutely nothing.

In the pinnacle of the automotive realm, such vehicles live in the lofty air reserved for Everest. Their badges, hood ornaments and garnishments often denote their arrival. Once you arrived in such a vehicle, the world stops – and stares.

In our region, these vehicles are rare sights indeed. When they do come out, neck spin and eyes focus on the image. They just experienced Everest.

Two brands come to mind when the automotive world looks up at their own Everest: Bentley and Rolls-Royce. They were once brands under the same house – Vickers plc. In 1998, they were forever separated by acquisition and legal proceedings. In the end, Volkswagen AG took Bentley and BMW Group took Rolls-Royce. That moment forever changed the fortunes of either brand.

Bentley’s path under Volkswagen had been to popularize the brand through product expansion. The Continental series shared the platform of the Audi A8, but elevated it to a trio of focused sports touring cars – the GT coupe, the GTC convertible and the Flying Spur sedan. A larger flagship recently joined the brand as a return of the big Bentley – the Mulsanne. The second generation Continental lineup is setting some significant benchmarks for W.O. Bentley’s old motor car works – now with both V8 and 12-cylinder power.

Meanwhile, BMW took Rolls-Royce under its wing to completely reinvent the brand. They moved it from its old location in Crewe – leaving it for Bentley – to the famed Goodwood circuit. There, development of a BMW-based lineup began with the emergence of the big Phantom. Recently, the same platform spawned the first driver-focused cars in Rolls-Royce history: The Ghost sedan and the upcoming Wraith coupe.

Both grand British automotive nomenclatures are experiencing a renaissance thanks to global interest in their products and growth of new wealth in emerging economies. Yet, they both see the U.S.A. as a key market.

It is not often in a lifetime when one gets to drive either one – let alone both brands. It took me over three decades of driving to finally depress the throttle of either British marque of excellence. On consecutive mornings, I finally took the plunge and indulged in a sampling of a Bentley and a Rolls-Royce apiece. It happened at a road course somewhere in East Central Wisconsin – Road America. This area may have seen its share of Bentleys and Rollses, but not with either piloted by some novice to the glamorous life – one that just happens to write for this publication. 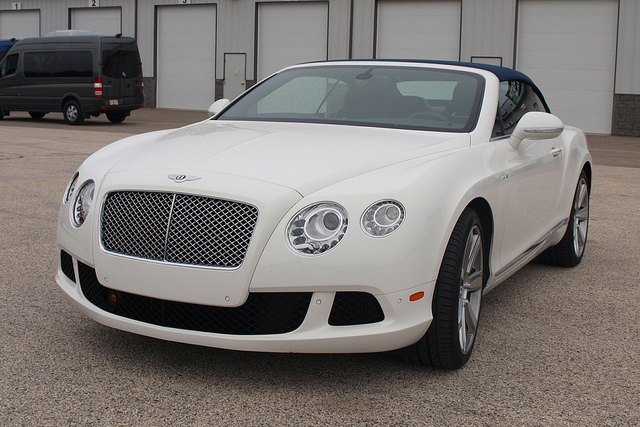 The first day was wet when a lovely white 2013 Bentley Continental GTC was presented for its drive in the countryside. Let me be specific – it was Glacier White with a blue top. The rain disallowed the top to be open, despite some joking by the car’s keeper. The roof up or down, the GTC is the ultimate in convertibles.

How does one describe the experience of the Bentley? The GTC is a mature convertible that has all the power it needs, the moves it has to have and the poise of its class, heritage and position. To motivate this particular Glacier White cabriolet is a 567 horsepower 6.0litre twin turbocharged W12 engine. You do not need to mash the throttle to feel its power and glory. It simply goes.

This GTC came with the Mulliner Driving Specification, which makes things bespoke and grand. Imperial Blue leather made things more comfortable, though I felt at ease and focused without any distractions. Because it was wet, there was a trade-off for having the top down. All Continentals have an all-wheel drive system that works all the time – keeping the Bentley planted through the corners and serves up masses of grip in any condition.

To drive one is to indulge in something rarified in the automotive world – a convertible that is poised and excellently executed. The total tab of this white and blue wonder of excellence came to $255,400.

If there were a word to describe the experience – it would be “heaven.” Driving that Bentley was one of those experiences that I could take to my grave. 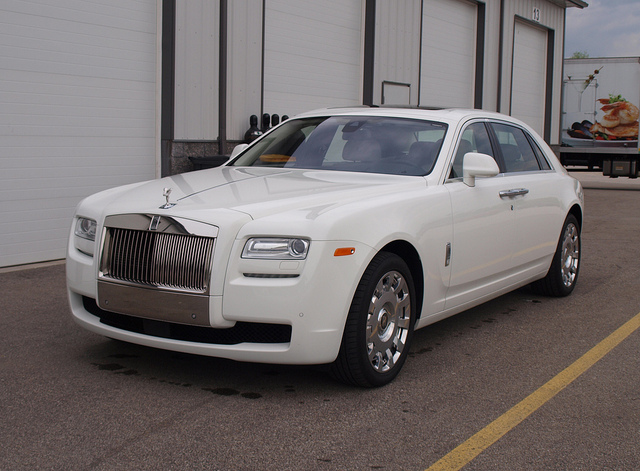 The next morning, I had a conversation over breakfast with the representative for Rolls-Royce in this country. Upon further curious inquiry, our mealside chat yielded a morning drive in the 2013 Ghost Extended Wheelbase sedan.

The quick answer to the obvious question is “yes.” This car is simply without words to describe the experience, since all of the adjectives are already taken. You wonder if the Ghost was for real. The gentleman from Rolls-Royce said that it is simply “just a car.” Is it? I beg to differ. It is an experience in the far reaches of luxury only many of us can dream of participating in.

The Ghost was designed for drivers, although the Extended Wheelbase version was meant as a sportier “alternative” to a chauffeur-driven Phantom. The way the Ghost EWB was described to me and the hundred or so others at Road America was made for not only the “two passengers in the back,” but for the “two passengers up front.” In other words, the Rolls was designed for the driver to be driven, though he or she is in full control of this massive elegant sedan.

This example was slathered with coats of English White paint. It does drive – and extremely well. You feel it move, but it does so effortlessly. If you do step on the throttle, you need to remind yourself it has a 563 horsepower 6.6litre V12 under the hood, behind the Spirit of Ecstasy hood ornament. Yet, inside is an enormous cabin for five in Seashell hide and black carpeting.

Do not let the prices fool you! There are more expensive automobiles out there – even fewer and far between than the Bentley and the Rolls. When have you ever seen a Pagani Huyara? Although, a Bugatti Veyron was recently shown off at an event in the Twin Cities – but whom do you know that actually owns one? True, they sit at a loftier place than Bentley and Rolls-Royce, but ask anyone about which brands represent the pinnacle of the automobile world – Pagani and Bugatti simply do not come up as immediate responses. They simply do not register immediately in most of our minds.

Having driven a Bentley and a Rolls-Royce, I truly understand the reasons why we covet them up on top of the automotive Everest. They are simply the finest machines around. Their histories have been told many times over, but their presence today stands on solid footing. Once grand, both cars are now even grander – and better.

To drive either one is an honor and privilege – just like climbing Everest.