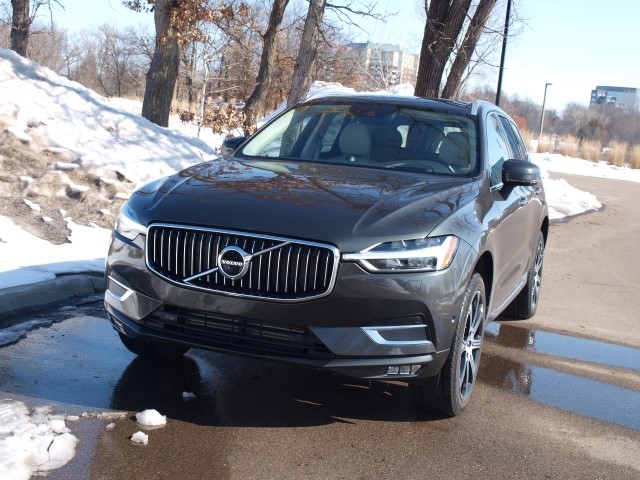 It was early in the morning inside Cobo Center in Detroit on a typically cold January. The Media Days for the 2018 North American International Auto Show (NAIAS) just kicked off. All in attendance scrambled for caffeine and warmth. The media and industry gathered for the first piece of the day’s agenda—the awarding of the North American Car, Truck, and Utility of the Year.

This prestigious award underwent an extensive evaluation process by leading members of the automotive media corps. After the list was whittled down per each category, three finalists emerge for final consideration. The winners were announced at this first media conference of NAIAS.

For those observing the machinations of the NACOTY awards—and of this industry—it might not come as a surprise that the North American Utility of The Year award was awarded to the Volvo XC60. It would be the second such award in a row for Volvo Cars and its resurgent lineup.

On top of that, this same XC60 was also awarded the World Car of The Year a month ago at the New York International Auto Show. This award was courtesy of another panel of automotive media professionals from around the world.

What do these journalists know that we don’t?

The new XC60 represents a progression of thinking, engineering, design, and execution expected from a company once observed as stagnant under Ford’s ownership. With money from their Chinese corporate patrons —Geely—Volvo Cars has emerged with superb new products setting the standard for their vision of what a premium vehicle brand could achieve when given full license to be creative in every aspect of the product.

The result has been strong sales growth and a huge rise in their brand cache. Volvos are seen as distinctively different. The latest new vehicles exhibit advanced crash-prevention technologies, inviting cabins full of the current technology, and a design philosophy that creates distinction following form and function. 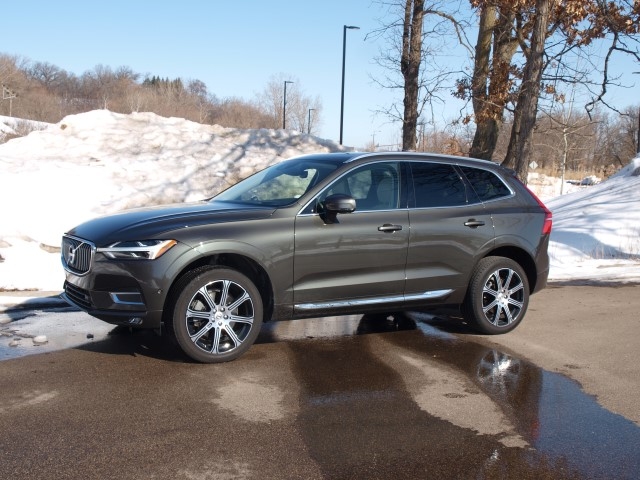 In the most competitive segment among premium brands—the compact SUV—Volvo knew it would need a fresh approach to a very popular vehicle. The XC60 was primed with a lot of the engineering, design, and technology seen on the multiple-times-over award-winning XC90 medium SUV. Yet, it also needed a few more distinctions that can seal the deal for this new SUV—positioned at the heart of the market.

Let’s cut to the chase and find out if the 2018 Volvo XC60 is the best choice in this hot segment.

Design-wise, it offers a bit more personality and three-dimensional textures than its larger 90-Series brethren. Because it has a more shapely look, we concluded that the new XC60 is very handsome! There is a lot of V90 and XC90 combined with some familiar last generation design elements. The tail lamps wrap around from the edge of the roof and onto the tailgate with horizontal lighting units.

We also like the extra angle added to the lower part of the three-dimensional grille. Plus, “Thor’s Hammer” gets an extension to connect to the grille. For non-Volvo people, “Thor’s Hammer” is an LED light that works as a daytime running light, a turn signal or just lovely accenting. It looks like a hammer set to its side. Otherwise, we like the sloping roofline and C-pillar glass shape that refuses to “square off,” like the bigger XC90. Overall, the lines are sharp with plenty of design elements that are very intriguing. 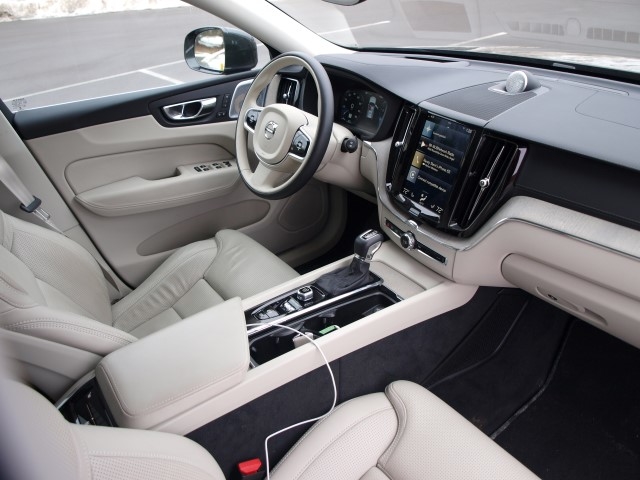 The interior offers many of the elements of the latest Volvo models, but it has its own personality reflecting the smaller and sportier 60-Series platform. One thing a keen Volvo observer will notice is that the screen powering the Sensus infotainment system is a bit smaller. Perhaps a bit more concentrated. Still, this tester offered up a high level of connectivity, technology, and controls one expects from the latest Volvo models. While it has become the main complaint of many of the long lead launch reviewers, we happen to like it.

The seats in our Inscription tester are of the same design as the ergonomic ones found on the XC90. They offer adjustments aplenty to ensure the right combination of support and comfort. Rear seat space is also quite good, even with the lower roof than the previous generation. Needless to say, the XC60 is already promising to be quite awesome. Cargo space is expandable to 63.3 cubic feet with the rear seat down.

Our tester had the 15-speaker Bowers & Wilkins audio system. It is as good inside the XC60 than it is on the XC90. The system offers cleaner, crisper sound all around in three modes—Individual Stage, Studio, and Concert Hall. There are plenty of audio playback options, including Apple CarPlay and Android Auto connectivity. 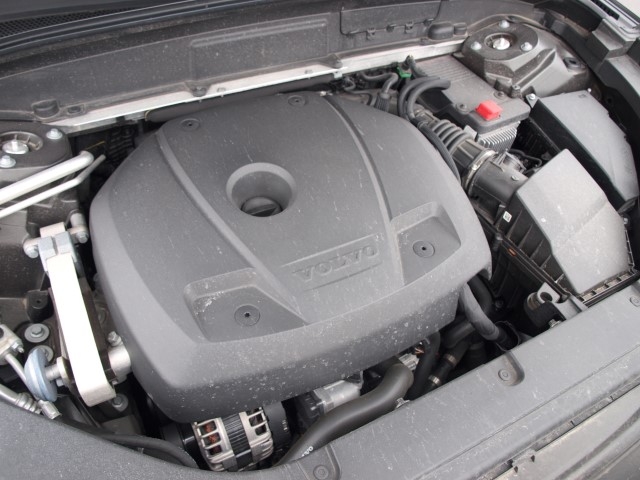 The T6 engine with its all-wheel drive is another familiar piece to behold. The big difference is because of the XC60’s smaller mass—4,199 pounds, compared to 4,627 pounds on the XC90 T6 Inscription—that you now feel the performance and traction better. The T6 combination starts with the Drive-E 2.0-liter turbocharged and supercharged four-cylinder engine, good for 316 horsepower. In our care, we saw an average of 22.1 MPG in fuel consumption.

Our T6 tester had the eight-speed automatic transmission connected to an all-wheel-drive system. The latter works very well to provide traction on wet, snow, and ice. No need to do any settings, except if you have to go off the highway. The Off Road can be selected from the Drive Mode switch, but it works best at lower speeds. Dynamic mode works by providing quicker shifts and adding more weight to the steering system.

Being lighter in weight means the XC60 is also very agile and sure-footed. Our Inscription T6 tester offers a smooth, soft ride on top of its agility and handling capabilities. It drives on par with its competitors, perhaps a bit better. It also helped to have the four-corner air suspension on our tester. It did assist in keeping things smooth during our shifts in the XC60.

The steering action is superb, with a better turning radius and on-center feel overall. The brakes are extremely good, with great stops in normal, panic, and winter conditions. The pedal has a good feel, but it is positioned too close and level to the accelerator. 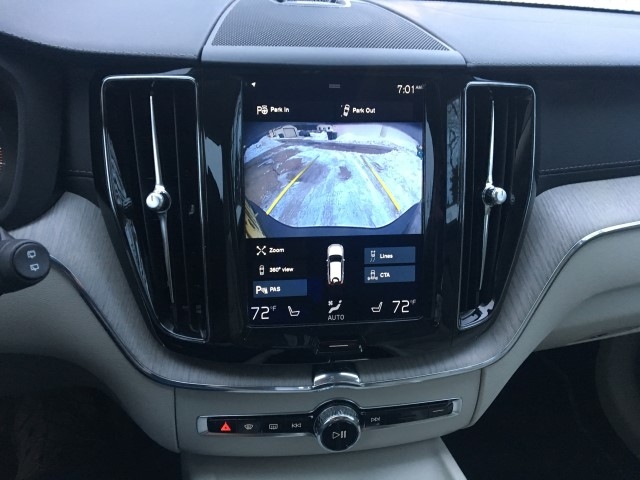 On this tester is Volvo’s IntelliSafe system, which offers an advanced level of safety above what its competitors offer. Of note is Pilot Assist, which enables you to take your hands off the wheel for some moments. This is just a taste of autonomous driving technology, but one to take some care about. Try it once and see how the XC60 can hold its lane and distance between the car in front of it with no hands on the wheel. Our tester also had a head-up display, park assist, and a 360-degree camera.

It is safe to say that the XC60 is worthy of the North American Utility of the Year nod back in January. It is a well-executed smaller SUV for those who want something safer and technologically current. It is also a handsome vehicle—some might say, even more handsome than the larger XC90. 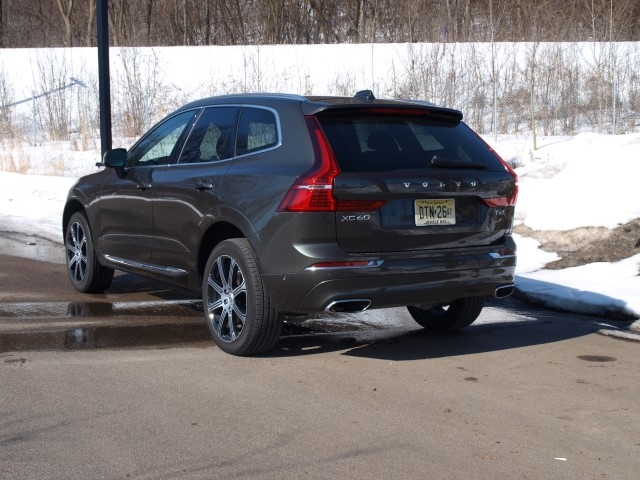 More so, we love how the XC60 returns the smiles on our faces as we drive it. With so many choices in this segment, having one that makes us happy is a win in our books. That, in a nutshell, is the new Volvo XC60—a winner in our hearts!