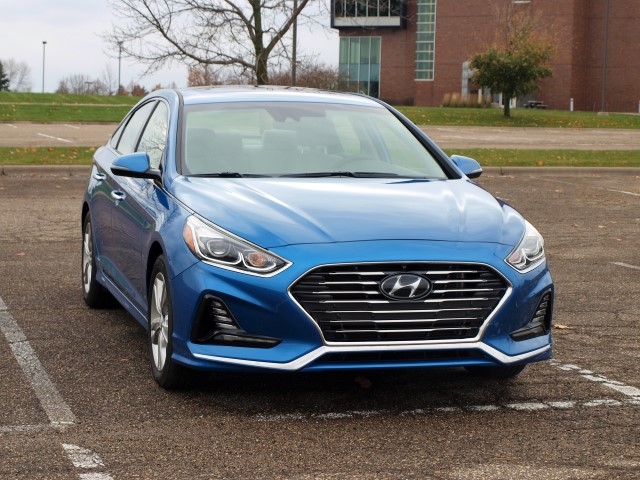 You probably heard that the “sedan is dead.” We can assure that it is not.

While SUVs and crossovers currently rule the automotive universe, the sedan remains a stalwart for those who believe in them. We understand that consumers prefer to step up and into a vehicle rather than step down behind the wheel. Yet, there are those among us who still believe that sedans are indeed the way to go.

In fact, there is a renaissance of sorts of the most popular vehicles sold in the U.S.: the Toyota Camry and Honda Accord. For 2018, both sedans went through a series of design metamorphoses with edgier lines, improved interiors, new engineering underneath the skin, and an increase in technology all around. The automotive media already heaped praise on the new Camry and Accord because of these advances.

It is not just the Camry and Accord that took some major steps forward in the mid-sized family sedan class. Nor are they the only choices in this fiercely competitive segment.

Actually, one such choice has undergone some changes, visibly and underneath. It is also very competitive with the Toyota and Honda…and everyone else in the segment.

That car would be the Hyundai Sonata.

We first saw this current generation of the Hyundai Sonata back in 2014, when we were invited to do a media drive from Chicago to Ann Arbor. We liked where Hyundai was going with the Sonata and said that it “was worth checking out.” We also promised to review the model at a later date. 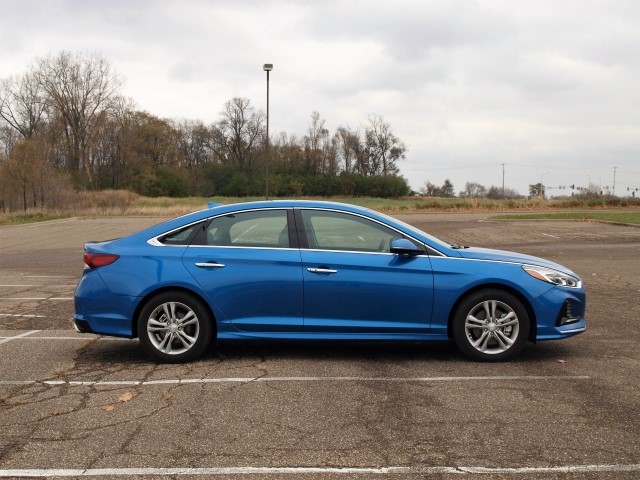 This is that later date. A few years removed from our preview drive, but worth the wait. Like we said, the Hyundai Sonata has undergone some changes since 2018. Let us explain further.

In its debut for 2015, Hyundai raised the bar in terms of vehicle design and cabin space. Yet, it received its share of criticism for being way too toned down from the previous generation model. This update for 2018 included an extensive makeover on the outside. Hyundai re-engineered the entire front clip all the way to the A-pillar. The new signature cascade grille sets off a set of slimmer LED headlamps and an entirely new hood and front fenders.

Out back is a cleaner look, with the license plate moved to the bumper, enabling the cleanest rear end on any Hyundai in a long while. There is also a trick for opening the trunk—on the logo, there is a button. Find it and open it up!

Overall, the 2018 Sonata is a very handsome sedan that befits its newest purpose for Hyundai. Since the large Azera sedan is no longer offered in this country, the Sonata is the biggest sedan you can buy at your local dealer, aside from the Genesis lineup. 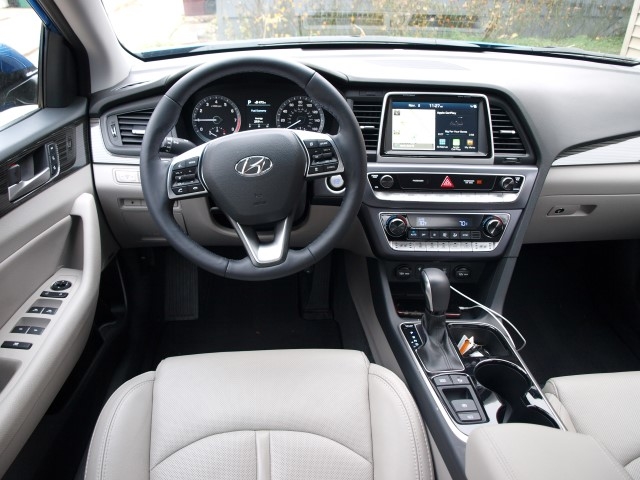 Inside, the instrument panel and center stack also received some touching up. The instrument binnacle got some finishing touches around the gauges, making it pop some more than before. The center stack received a new surround for the touchscreen. The console offers more storage and places for a lot of things you had to fight to put in previous models, let alone its competitors. The placement and access to the touchscreen for the infotainment system is spot on. Every control, switch, and knob worked very well, save for a few, with excellent placement all around.

The Sonata has a huge space that fits five adults, period. Rear seat room is exceptional, almost like an extended-wheelbase large executive car. There is both leg and headroom. Front seat space is excellent, with an abundance of positions to get comfortable in behind the wheel. The seats on the Limited tester we drove were fine, offering some bolstering and plenty of comfort from its perforated leather upholstery. Once you open up the trunk, there are 16.3 cubic feet of usable cargo space. That is pretty big for its class.

Infinity offered ten speakers of sweet sound throughout the Sonata Limited’s cabin. Apple CarPlay and Android Auto also offer additional ways to play music and use apps through the touchscreen system. For a suite of connected services, there’s BlueLink. BlueLink covers you from accident reporting to sending directions to your navigation system.

The standard 2.4-liter engine and six-speed automatic transmission are pretty responsive as the right combination for the Sonata. With 185 horsepower, there is solid power for efficient commutes. By efficient, we showed a fuel consumption average of 29.7 MPG in our care. The Sonata also comes in an Eco model with a smaller 178-horsepower 1.6-liter turbocharged engine and a couple of Turbo models with a 245-horsepower 2.0-liter turbocharged engine. 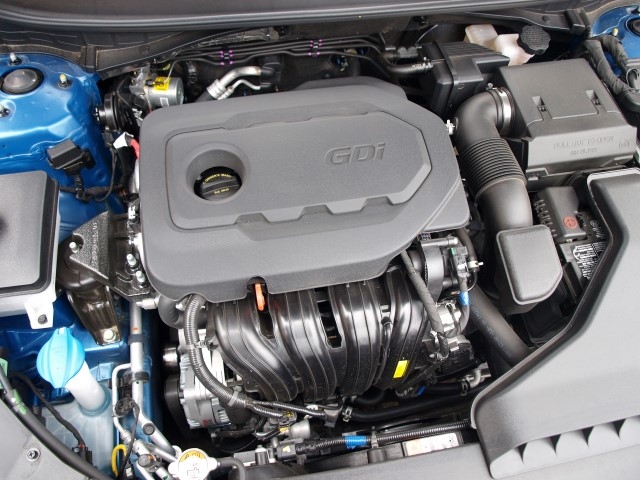 The ride quality is best described as “lovely.” It is very smooth, as the suspension does a great job absorbing the bumps and anything else that may make driving a challenge. It handles weather much better than before, though the Kumho Solus tires might not be the best choice for certain winter situations. Handling is very controlled, though one would expect a flatter cornering experience. There is nominal roll and lean through the corners, but not enough to scare families inside.

The Sonata’s steering is OK, even though there is plenty of road feel from this system. Turning is on the large side, but manageable in tight situations. On-center feel is pretty light, however. Braking is good, with solid pedal feel and response. Normal and panic stops were also good. This Sport had a rearview camera, blind spot monitoring, and rear cross-traffic alert for active safety features.

The Hyundai Sonata is still a great choice for family mid-sized sedans. The new face will attract new buyers, but the overall competency of this car will be the deciding factor toward ownership or a lease. In fact, it offers plenty more than its competition: BlueLink and smartphone integration, for starters. Not to mention a straightforward drive that will satisfy everyone. 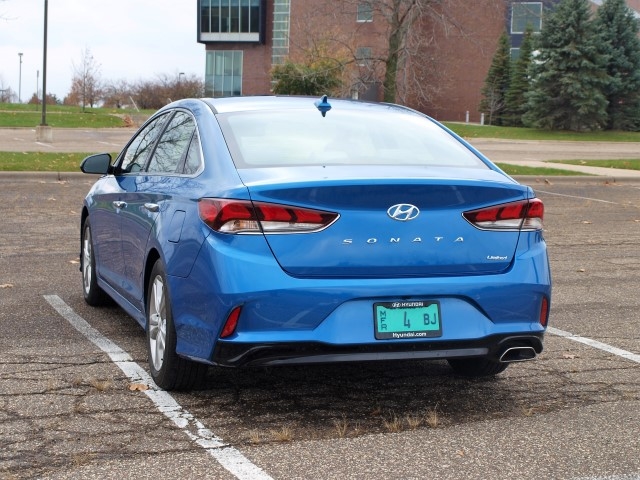 The question remains whether the Sonata should be considered alongside the newest Toyota Camry and Honda Accord. Including these three in the same conversation points to one fact: the sedan is definitely not dead. Long live the sedan!