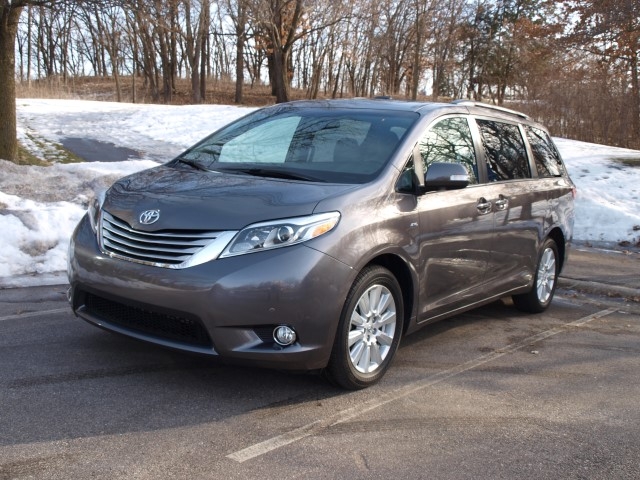 Can a minivan have any kind of “swagger?”

Toyota thinks so. In fact, it was their way of introducing the latest Sienna minivan. It has so much swagger, one cannot begin to comprehend it all. It is just too swaggerlicious…

Let us not go overboard here. Swagger is cool. We often have our own kind of cool. After all, GLBT people are a culture of swagger, in our own way. Don’t deny it; we just have it.

Rainbow families have some swagger to them. It is an extension of who we are. Watch in June during Twin Cities Pride, or at any arts event where families gather together. This includes families with pets too!

All of this sounds like the Toyota Sienna is a match made in heaven for us!

The Sienna has seen its share of swagger, but it has also been passed up for some even more enticing minivans. We already covered the Kia Sedona and Chrysler Pacifica, two minivans that have advanced design and convenience to new levels. The Honda Odyssey we reviewed a couple of years ago showed up with a vacuum cleaner on board. That’s swagger that is off the scale! 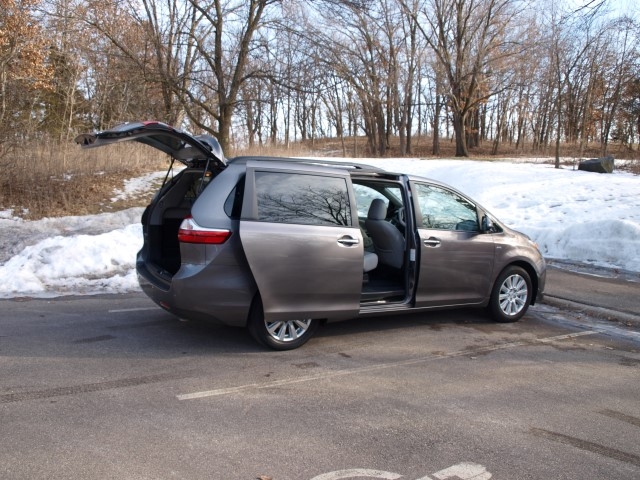 But, the Sienna has been known as a minivan that holds its own, even in the face of new competitors and unique features on other models. Our 2017 Limited Platinum AWD model is proof of that.

But, does it really have the swagger?

From the outside, it might seem just plain and utilitarian. Once you select through the order sheet, that point becomes moot. Some models offer more swagger than others. The SE offers a mesh grille with some blackout accents, while the Limited (the model we are testing here) shows off a little “bling.”

The basic design is highly functional and pretty attractive. The doors open extremely wide, but the tailgate opens to cut off some standing height for tall people. There had been some enhancements over time, including inclusion of LED running lights for top tier models. On this Limited tester, 18-inch alloy wheels finish off the upmarket look of this minivan. 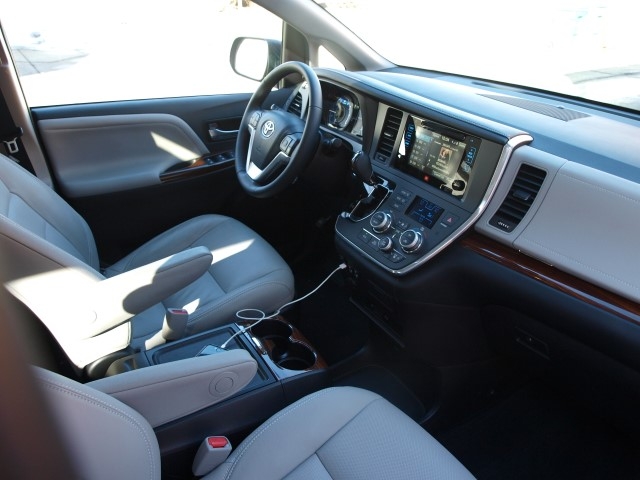 Step inside to a vast expanse of space for seven passengers. The front seats are big, providing decent lumbar and cushion support. On the Limited, the second row seats are separate and adjustable for recline and rake. Access to the third row is done with a lever on the lower side, enabling the cushion to fold up to the backrest, then slide away toward the front for the third-row seats. All three rows of seats offer plenty of comfort for all sorts of journeys.

For the driver, the instrument panel offers great access to controls and readouts. The instrumentation binnacle offers big dials with a good information display in-between them. Every control is easy to use and big enough to touch for proper logic. That also includes a tri-zone climate control system.

Entune drives an integrated infotainment system. Not only does it offer connectivity for Bluetooth devices and USB tethers, but it integrates music file playback, SiriusXM satellite radio, and HD Radio. For second- and third-row passengers, there is a drop down 16.4-inch flat screen viewer driven by a BluRay player for movies to be shown. JBL offers the speakers positioned throughout the Sienna’s cabin, which can also emit the driver’s voice via Driver Easy Speak, a feature enabling someone to tell the back seat passengers to quiet down… or something like that. 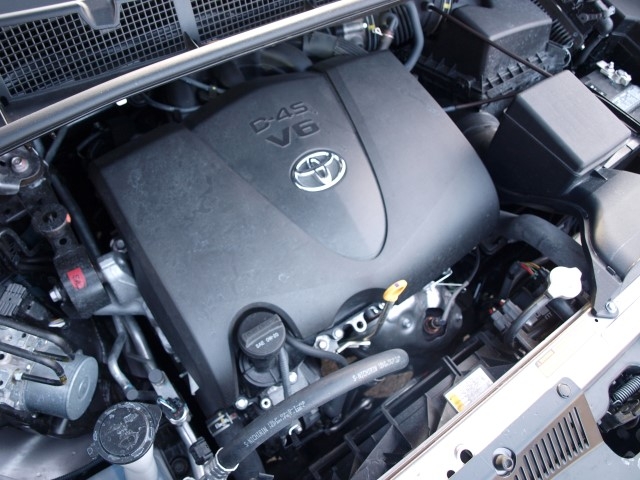 New for 2017 is a complete update on the entire driveline. First off, the 3.5-liter engine has been updated to now provide 296 horsepower and 263 pound-feet of torque. Then, Toyota installed its all-new eight-speed automatic transmission, designed to deliver improved fuel economy than before. Our tester was offered with a unique feature: all-wheel drive. Only Toyota offers AWD on a minivan these days, and it’s a good system delivering power when traction is necessary. The drivetrain is also powerful, with smooth shifts from the transmission and solid response from the accelerator pedal.

This setup also offers a 3,500-pound towing capacity. While driving 4,500 pounds worth of minivan, the Sienna did turn an average of 19.8 MPG in our care.

The ride quality is quite good in the Sienna. It is expected for a big family hauler to have a very supple and smooth ride, it is even better when it works hard to absorb potholes and other road imperfections along the way. This minivan is very smooth through the curves, too. The 4,500-pound vehicle only leans a tad and offers balanced handing through and through.

Steering operation is solid with a tight turning radius for a minivan, which means making tough turns easier. It is easy to direct and quick when making the turns. Braking is decent, with solid distances in normal and panic stops. Active safety features on this Sienna include blind spot monitoring, rear-view camera and parking sensors.

Pricing for the Sienna starts at $29,750 for a front-drive L model. This Limited Platinum AWD tester resides on the complete opposite end of the pricing spectrum, coming in with a sticker price of $49,079. 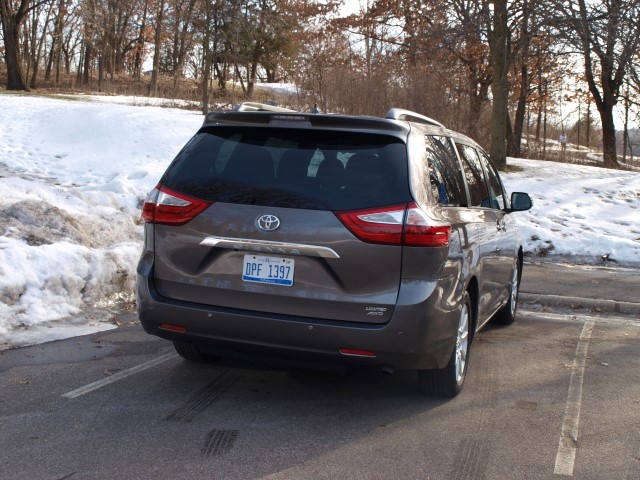 In the minivan business, finding a clear choice for a family conveyance is based on which features one would want. Rather, how one approaches driving it. Among the ones out in the market, the Toyota Sienna offers a straightforward, no-nonsense approach to everything. It is also quite a good driving minivan, too!

But, what that does that say for the state of the minivan for rainbow families? Being straightforward and no-nonsense could mean that it is devoid of “swagger.” On the contrary. Considering the right trim level and equipment on board, the Toyota Sienna has enough swagger for the family to arrive safely, securely, and in a good mood, even when they come home from a full day at the museum or a night out at a fantastic restaurant.