Many things go into being an icon. It all depends on many factors: legacy, longevity, class, style, grace, achievement, attraction, and untouchability. One cannot simply be an icon without having to own most, if not all, of these virtues. 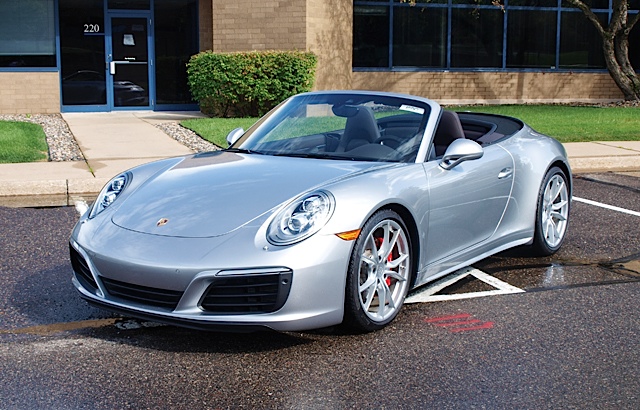 At car shows, we point at it and take long looks at its timeless shape. On the road, we try our best not to have our necks snap at the sight of one in traffic. We celebrate the old ones and the new ones; there is over 50 years of iconography from Stuttgart and Zuffenhausen.

Let me get personal for a moment. I have been on this planet as long as the 911. In my youth in Los Angeles, seeing a 911 was like seeing a Mercedes-Benz, a Ford, or a Toyota; they were common sights. We were spoiled seeing a 911 go about its daily drive, as we jumped in more common vehicles alongside it. 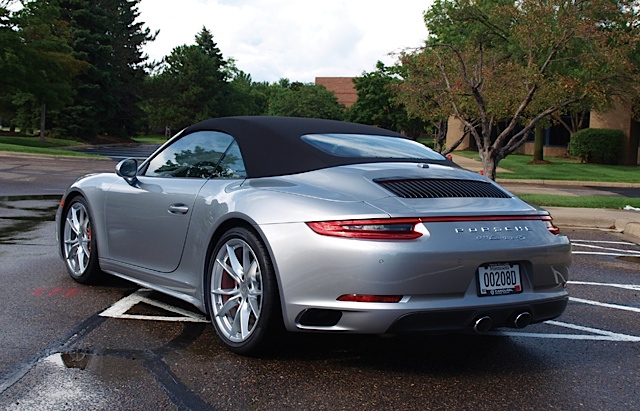 In my 36 years of fulfilling the privilege of being a licensed driver, I have yet to drive a Porsche 911. You would think that I would have already done so, considering the large number of them on the roads in my native homeland of southern California. It was not for a lack of trying. It is about respecting the car for what it is. To me, they were untouchable, a virtue of its icon status.

For those of us who can touch them (as owners, enthusiasts, drivers, and Porsche dealership personnel) we are a special group of humans who know the power and the responsibility of Porsche’s lasting legacy on this planet. In the name of this magazine, I can honestly say that I have fulfilled a lifelong dream, to become one of you, only for a short period of time.

Unlike the 911s of my youth, this one (the 2017 Type 991.2 ) is a completely different animal. It looks like it has been untouched since the mid-1960s, but it is much larger than the original. The horizontally opposed six-cylinder engine remains in the same place it always had, the rear of the car, but it is now cooled by liquid instead of air. There are many things that have evolved since the original. I will be exploring everything in due time here. 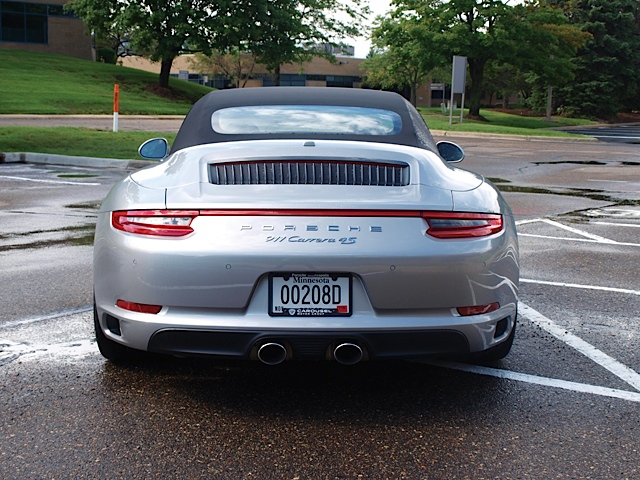 When I was getting my driver’s license, the 911 came in two body styles: coupe and Targa. They still make a coupe and the Targa is not exactly the same as it was; the rear piece of the roof is power-retractable. The Cabriolet was a more recent addition dating back to 1982. The tester I got was the Carrera 4S Cabriolet, which offers a great all-season multi-layered roof with a quick and amazing power retraction system. The roof quickly tucks away after the rear cover is lifted up. Just seeing it operate is a thing of beauty, with windows folding down (and up) along with the roof in masterful sequence. With the roof up, the Cabriolet retains a lot of the 911’s signature look except for the rear quarter windows of the coupe and wraparound glass of the Targa.

That signature look has been massaged with the times. The headlamps are shaped the same, even with two main beams and four LED running lamps in each unit. The nose and rear have seen some nips and tucks from the original Type 991, with the rear end getting most of the updates. New LED lighting adorns the rear end, with a new rear “grille” and thinner brake light above it. The taillights now feature a more three-dimensional design than before. On this tester, it wore some of the best wheels ever created for the Carrera S/4S with 20-inch alloys, 8.5 inches in the front, 11.5 inches in the rear. These wore Pirelli P Zero tires, 245/35 up front, 305/30 in the rear. I could not stop staring at them when I was beside this car.

Porsche does not believe in proving a standard color scheme, because it is all up to the individual and how the want their car to look and feel. Our tester wore a deep GT Silver Metallic paint with the Cabriolet roof in black. Open up the doors and this tester had an espresso leather interior. Translation: a brown color scheme with a silver/black car. You might not think it works, but I do. Porsches are canvases for aesthetic, function, and performance. With that said, the espresso interior is absolutely gorgeous.

The sports seats are firm, but perfect for the task of the 911: driving. Bolstering is fine, but there are other options available for whichever comfort or support level you want. You do not want to be extremely cushy behind the wheel of a 911. I was amazed at the kind of headroom I had under the Cabriolet’s roof and the clearance of the top of the windshield for vision with the roof open. There are two rear seats, but they are there for insurance purposes. In fact, it is a 911 tradition to have them. You can put baby seats back there, but I would not recommend anyone else. Driving a Porsche 911 is really meant for two people: driver and navigator.

As a tall person, I had to adjust to make sure I had good eye sight on the five-dial instrument binnacle. The perfectly sized new 918 Spyder-inspired GT Sport steering wheel did cut off the fuel, oil pressure, and temperature gauges. The remaining three gauges are in perfect sight. The second to the right dial is a TFT screen that you can read multiple functions with for trip, vehicle, and an auxiliary mapping screen. There are other “lower” readouts for speed, odometer/tripometer, and time/temperature. The 911 is designed in the latest cockpit interior design, including a right-sized center console with fewer buttons to push than before, great climate and other key controls, minimal steering wheel controls, and the ignition switch to the left of the steering column. Just make sure you have the 911-shaped remote fob with you before you switch it on.

On top of the center stack is the touch TFT screen for Porsche’s infotainment systems, predominantly Porsche Communication Management (PCM). PCM is the real heart of connectivity for the 911, which enables Bluetooth connectivity to a mobile device and the ability to use Apple CarPlay. I found the PCM-CarPlay connection to be the best and most reliable of any vehicle I worked with so far. Push the Porsche icon on the CarPlay screen, and it will return you to a host of radio, file playback, and wireless internet options. You can also keep the 911 monitored using Porsche Car Connect, which offers Carfinder, Remote Vehicle Status, and other services. This tester had a Bose surround sound speaker system, filling the cabin with excellent sound. 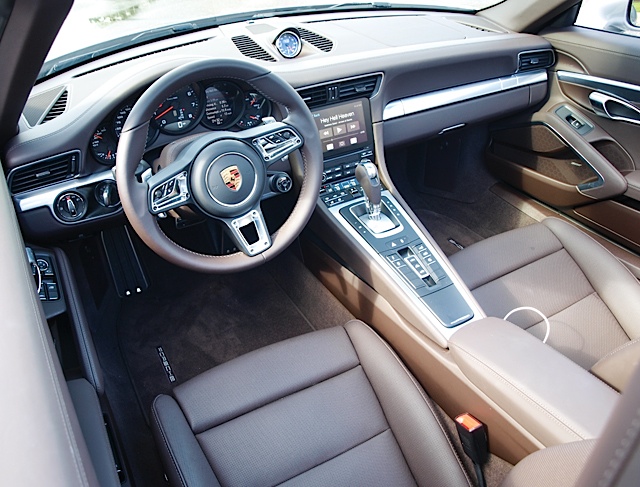 One thing to consider on the 911 is the lack of trunk space. There is a front compartment with a deep space. It is good enough for a carry-on, but nothing larger. The rear seatbacks do fold down for other small bags to be placed on.

The reason for having the trunk up front is what lies in the rear of the car. Porsche remained true to the 911 formula with the horizontally opposed “boxer” six-cylinder engine. Usually, Carrera models are aluminum naturally aspirated engines that were enlarged and tuned over time. For the Type 991.2, Porsche decided it was time to change things up. Displacement has been reduced to 3.0 liters, while keeping the six-cylinder boxer format. To make up for displacement, Porsche added two turbochargers. The result was more power across the board compared to Type 991 models, along with an increase in fuel economy. My Carrera 4S tester had 420 horsepower and 368 pound-feet of torque on tap.

Normally, turbocharging was reserved for the Turbo and Turbo S model. Porsche felt that the newly turbocharged Carrera and Carrera S will still provide the thrills for owners that might not be ready to handle another 120 to 160 horsepower and the responsibility and respect one must have for the iconic Turbo models. The Carrera 4S is still amazing, no turbo lag and incredible response. 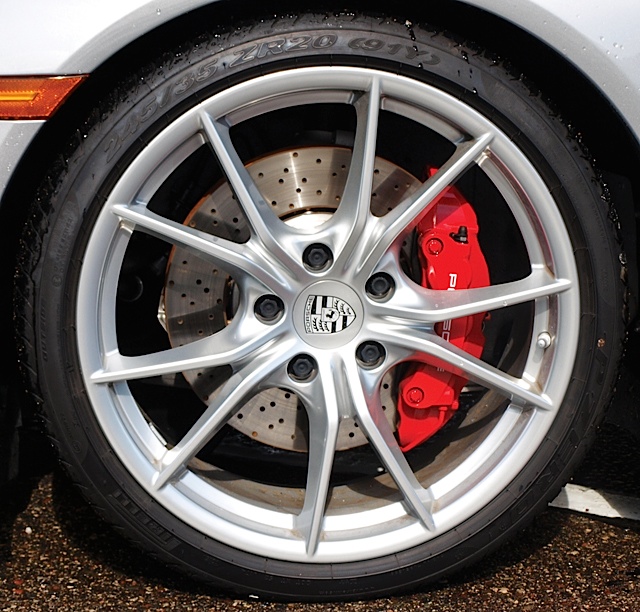 This tester came with Porsche’s PDK automated transmission. While there are those who rather have their 911 with the third pedal (for the clutch) and a seven-speed manual transmission, they will admit that the PDK shifts quicker and responds better with the engine. The 4S designation means that it comes with all-wheel drive that reads traction conditions precisely and provides the right torque mix to the appropriate end of the car.

The available Sport Chrono Package adds two more levels of performance: Sport and Sport +. In Normal, the 911 Carrera 4S is fantastic with great response while providing a firm, but comfortable, ride. Flip the dial to Sport and the transmission and exhaust opens up. The suspension also tightens up firmer for better cornering, though the 911 corners superbly already. Sport + dials the transmission to hit the limiter quickly for more enthusiastic driving. In fact, choosing the Sport Chrono adds 2/10 of a second on a 0–62 MPH sprint.

Porsche purists might not like the way the steering system works, but they will feel how exacting and tight it truly is. On-center feel is precise and the GT Sport steering wheel size is of a perfect diameter for the car. If you want to know how I determine braking feel and stopping power, the 911 is a great measuring stick. In other words, stopping power is excellent in both normal and panic situations and you certainly feel the big calipers work magic with the ventilated rotors on all four corners. 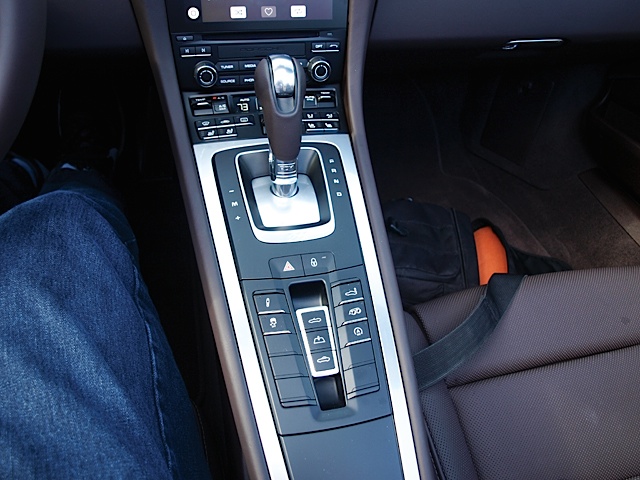 Porsche did state that its new generation of twin-turbocharged boxer engines were made to be more efficient. I did not expect to hit the average of 24 MPG stated on the sticker. My average was 22.6 MPG. I could live with that, along with adhering the requirement of fueling up with 93 octane gasoline.

For a “basic” 911, you would have to choose a Carrera coupe with rear-wheel drive. The base price of that model is $89,400. For us in the Upper Midwest, we would be better off adding the number 4 to that model, designating an all-wheel drive model. That would add $6,900 to your starting price. A Carrera 4S coupe is much more, add another $14,000 to the base price. To get the Cabriolet like the one we’ve been talking about here, the base price of it is $122,600 with a complete sticker price of $150,825.

Is this car worth $150,825? That depends on how you see the world. We live in a state where our means might be humble or not. Our needs and wants are measured by how we work, live, love, and celebrate it all. One does not buy a Porsche 911 for the sake of having one. It is a car that embodies its history, legacy, and iconic status that sets the tone of Porsche and its products. It is a desirable car, but it must fit within what you really want from it. To have one to show off, that is your choice. But, if you want a great car that rewards you every day with pure driving pleasure and excitement, the Porsche 911 is exactly that kind of car. The latest one is an excellent choice above all.

Driving this Porsche 911 Carrera 4S Cabriolet takes care of a lifelong goal. This is the kind of car that is made for someone like me: a person who loves the automobile and wants something that is engaging and exciting. It has to be a car that delivers on the promise of daily fulfillment and engagement.

Of the many vehicles I worked with for Lavender and other outlets over the past five years, this is absolutely the best car. Period.