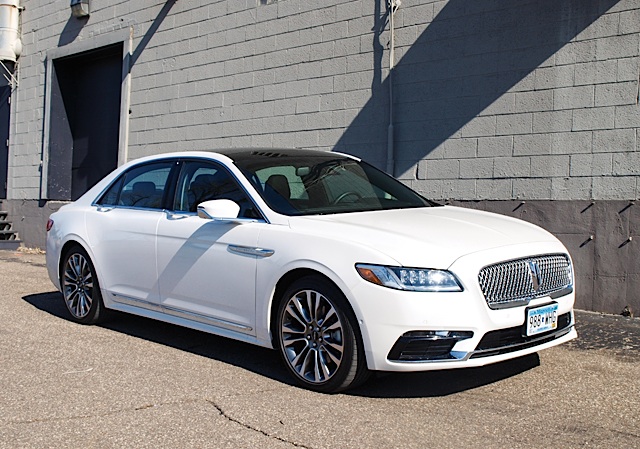 The name is synonymous with American luxury.

The combination of Lincoln and Continental has been a part of the finer things in this country since 1939, when Edsel Ford signed off for a European-inspired version of the V-12-powered Lincoln-Zephyr that caught everyone’s attention. The Continental was aspirational and iconic at the point where automobile design was turning another chapter.

The Continental name would become part of the lexicon of American luxury from the end of World War II on. In 1955, it became a division of Ford with one of the most desirable and expensive automobiles of its time. In 1960, it would revolutionize the American luxury car again by being trim and elegantly modern with the most significant car of the decade. The name continued through the 1970s as the most substantial automobile of the time even in the face of an oil crisis.

Since that time, the iconic name had lost its prominence. Last decade, it simply went away. Perhaps it was waiting for the right moment and time to reemerge into something to harken back to its past. That time has arrived. The Lincoln Continental has returned. The car for its name to be applied was the right one for its revival. 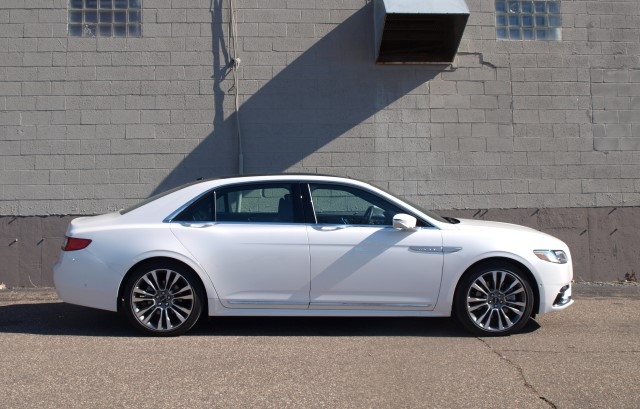 The 2017 Lincoln Continental was designed to be the brand’s showcase of technology, performance, engineering, artistry, and luxury. It was to be uniquely American, as opposed to being globally aspirational.
Did it fulfill its mission?

From the outside, one would agree that it did. The Continental is distinctive, with the new brand-specific front end design that has already been applied to the 2017 MKZ. In this original application, it looks spectacular. The lighting is also amazing, with a greater beam emitted from these small LED units inside of each headlamp unit. Each unit consists of five jeweled LED beams, crowned with an LED running/turn signal lamp.

Going rearward, the new door latches mounted on the belt line are a spectacular design element. The light-touch technology is not new, but the application is well executed. Exiting the car is done by buttons on the armrests, with an emergency latch in case it fails. The sleeker roofline is great, which leads to a rear end that had much debate among journalists. From afar, it is not as distinctive as one wants it to be. Yet, seeing it up close provides a three-dimensional design of the tail lamps and LED strips in a much better light. In all, the Continental is handsome with its fusion of heritage and modern highlights.

The interior is nothing short of spectacular. For our Reserve tester, we were treated to 30-way power seating up front. These fantastic seats provided a balance between comfort and support through on-door and on-screen adjustments. Even with push-button transmission switches, the entire Continental instrument panel is an excellent mix of heritage design with the latest technology, including a very dynamic TFT instrument cluster.

For rear seat passengers, one thing to look out for is the panoramic moonroof. If it is equipped as such, headroom for very tall people might be compromised. I’m actually OK in the rear seat, perhaps better without the moonroof. However, legroom is tremendous. I would even equal it to the legroom of one of the last Town Cars.

SYNC3 dominates the infotainment suite for the Continental, which is an excellent system combined with greater connective options. We used Apple CarPlay, which was a welcomed addition to the SYNC3 suite, but the navigation is superb, as is the use of other audio and information services the system uses. We were extremely pleased with the Revel Ultima speaker system in the Continental with 19 extremely well-balanced speakers positioned throughout the cabin. 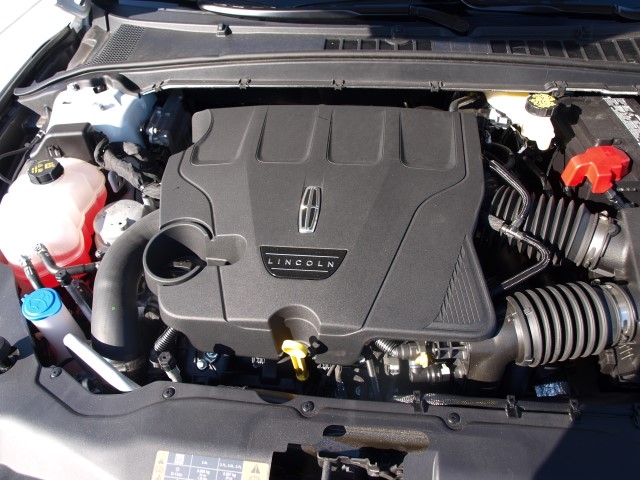 The tester we drove had what will be the most desirable powertrain setup for the Continental. It is a 3.0-liter twin-turbocharged V6, connected to a six-speed automatic transmission with all-wheel drive. The engine alone puts out 400 horsepower. Add Advanced Dynamic Torque Vectoring, and you get the ultimate in power transfer and balance for its class. The result is a quick, smooth, and fantastic driveline. For such a powerful driveline, there is a bit of a penalty in fuel economy. We averaged 16.9 MPG in this example.

Another option to consider for the Continental is the Lincoln Drive Control. What it does is enable the driver to change the way the Continental drives through settings involving suspension feel, steering feel, and throttle/transmission response. This sounds familiar with a lot of products we worked with; however, to feel it in action with the Continental is indeed a huge change in the brand’s image. How so? Imagine driving a Lincoln devoid of roll and lean through the turns, while maintaining a level, smooth ride throughout. This is absolutely remarkable and a fresh change for this kind of automobile.

The further result is an excellent balance between ride quality and handling. While in Sport, you do get nominal roll and a stiffer ride. Yet, that stiffer ride does not penalize the overall smoothness of the Continental. In softer ride selections — Normal and Comfort — cornering may loosen up, but is still under control with nominal roll and lean.

Lincoln Drive Control also manages the feel of the steering. In Sport, you get the tightest feel and heaviest control. This is great for enthusiasts; however, there is no shame in having the steering feel loosen up in Normal and Comfort. There is a drawback when it comes to making tight maneuvers, since the turning radius is a bit on the larger side on the Continental. We were hoping for a quicker steering set to make tight U-turns better. However, brakes are superb, providing great stops in normal and panic situations.

For a base price of $44,560, Lincoln can get you going on creating a Continental to fit your needs and desires. Our Reserve tester came with almost every package and option on the list and a complete sticker price of $73,620. 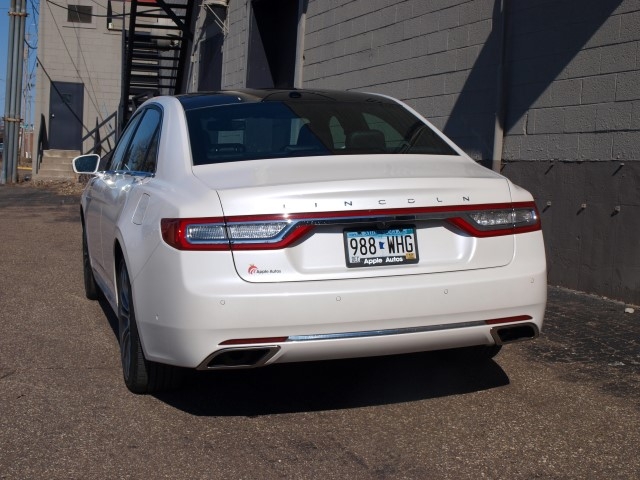 For that money, you get a showcase of the latest and greatest Lincoln has ever produced. It is a price tag befitting of a Continental at a time of subdivision and heavy competition in the luxury car field. One may want the Continental to go after the standard bearer of premium automobiles, mainly from Germany. Yet, the Lincoln is distinctly different to hold its own, while attracting a new wave of big luxury cars from Cadillac, Genesis, Volvo, and Kia. Its reach also includes other offerings from Acura, Infiniti, and Lexus.

You have to take the 2017 Lincoln Continental on its merits. In that case, it is a brilliant automobile worth considering. It is the redefinition of American luxury worthy of its heritage of 78 years. The Continental also fits excellently in today’s luxury car marketplace. More so, it is the most important car designed, engineered, and produced in this country for 2017.

The bar has been raised for American luxury. It has been accomplished by another Lincoln Continental.