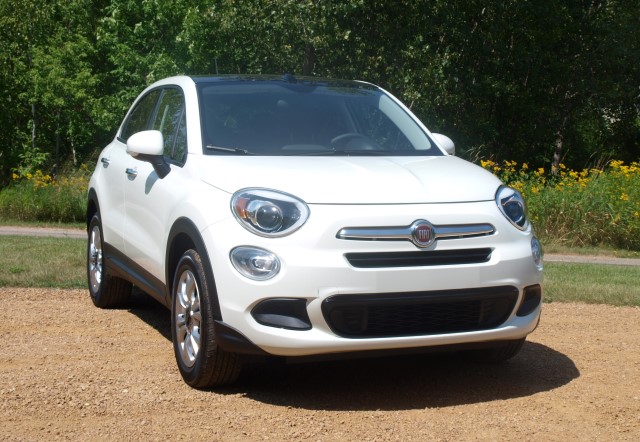 Remember that rainbow-striped vehicle that appeared in Lavender magazine right after Twin Cities Pride? You know, the orange one that followed the women’s motorcycle contingent in Detroit’s Motor City Pride parade? Yes, that one!

Well, there is one bit of truth to be told about that rainbow-striped car: it’s part of a plot by the Fiat brand to love us.

Yes, Fiat. The Italian brand that sells a cute little hatchback (500), its mean little brother (Abarth), and that wagon (500L) that looks like both of them. You see, the one thing I forgot to report from my trip to Motor City Pride was how Fiat wanted to reach out to the GLBT community as being the preferred brand of choice. They want us to drive 500s, Abarths, and 500Ls instead of Subarus and Mitsubishis.

Perhaps there is some argument for this rationale. Fiats are fashionable, fun, and European. They are also part of a company that truly backs up their support of our community through their work with their employees and beyond. Since we care about both aspects in an automobile, it seems that they are on the right track in wooing for our business.

While the 500, Abarth, and 500L are fine, there seems to be something missing in the Fiat lineup. Considering that most consumers these days are looking at crossovers, maybe there is something Fiat could offer us in one of those — perhaps a “cute ute.” 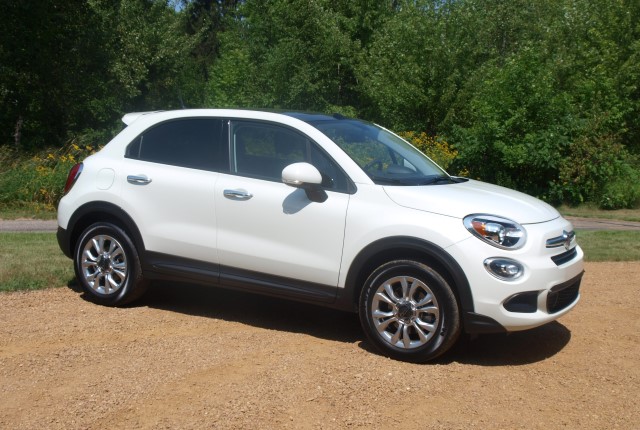 This is why the 2016 Fiat 500X was the “grand marshal” of the Motor City Pride parade. It represents something we might actually want to buy.

When we received our 500X, we were a bit let down. It was not in that orange color that I saw in Detroit. Nor did it sport its rainbow striping and lettering. It was simply plain. Ordinary. Mundane. Moreover, it has a name: Bianco Gelato.

This non-parade car is really a looker in its own right. The shape is inspired by the little Cinquecento, which in itself is inspired by the original 1957 minicar that put many Italians back behind the wheel. The basic shape was super-sized to cover a platform that already spawned the also new Jeep Renegade. This marks the first real crossover developed by Fiat, but it is by no means the first to drive all four wheels. Also underpinning the 500X is a vehicle that inspired the Renegade: the Fiat Panda 4X4. Since the 1980s, Italian farmers found that the little Panda was able to run through fields, ford creeks, and tackle rocky terrain just like one of those Subaru wagons of yore.

Being stretched out on a larger platform, there were some considerations to adapt the 500’s style on the new crossover. The front end was widened with a longer hood area and a much larger roofline to accommodate four doors. The 500X ends with more inspiration from the smaller two-door hatch. The ground clearance is 7.9 inches, which makes for a good height to deal with snow in the winter. This Easy model wears 17-inch aluminum wheels with Nexen tires.

Inside offers more continuity with both the 500 and 500L, though the instrument panel has an appliqué matching the body color, just like the smaller 500. The instrument binnacle has three large dials, the center being a TFT screen that reads out everything from vehicle, trip, and fuel economy data. The gas and temperature gauges flank the center dial, with the speedometer and tachometer with their own dial off to the side. Up in the middle of the center stack is the touchscreen housing the UConnect screen, whereas climate controls and multimedia connections are down below toward the console. One new touch on the 500X is the push button ignition, something of an influence from the Chrysler side of the FCA house. 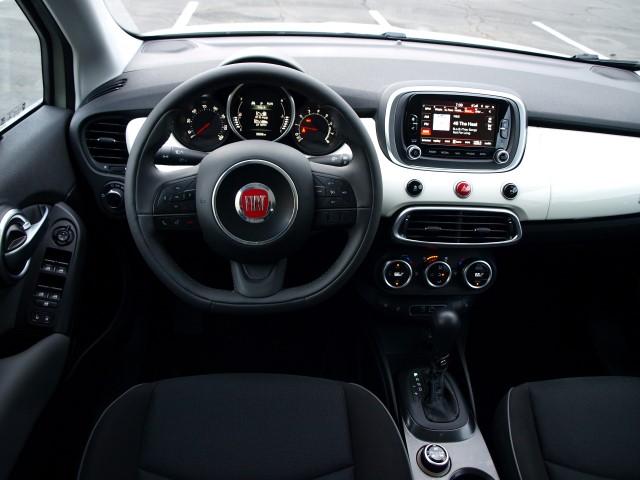 Seating is on the firm side, but they are really big chairs from which to command the road. The Easy model wears durable cloth that is OK to the touch. There is some bolstering to lock in most bodies, but taller folks may have to find some additional comfort behind the wheel. There is plenty of room for front occupants, but rear space is OK. Average-sized bodies will be fine in the rear seat. Cargo space is quite decent with 18.5 cubic feet behind the rear seats, expanding to 50.5 cubic feet overall. The slope of the rear window would prevent very tall items to be carried properly, however a panel could be removed for more depth by about a few inches.

Two engines power the 500X. Fiat’s 1.4-liter Multiair turbocharged four-cylinder is usually found on the lower priced Pop model, connected to a six-speed manual transmission. This Easy model came equipped with the Chrysler-sourced 2.4-liter Multiair II four-cylinder engine with 180 horsepower and 175 pound-feet of torque on tap. A nine-speed automatic was attached to this engine, sending power to an all-wheel drive system. Performance is sluggish in the low gears, but it will work itself out at speed. It does get noisy at those lower gears, though the 500X is not exactly serene at highway speeds.

The 500X could be one of the better driving vehicles of its type with better stability through the curves and on the road. The ride is well-dampened, absorbing the rough parts well. Gravel driving yields plenty of ground noise, but the 500X is stable on this type of surface. Dirt roads should be just fine for the 500X.

A thick steering wheel helps rudder a good and precise steering system. On-center feel is fine and the system reacts well to the wheel with solid feel on the road. Brakes are very good with solid and quick stops in normal and panic situations. 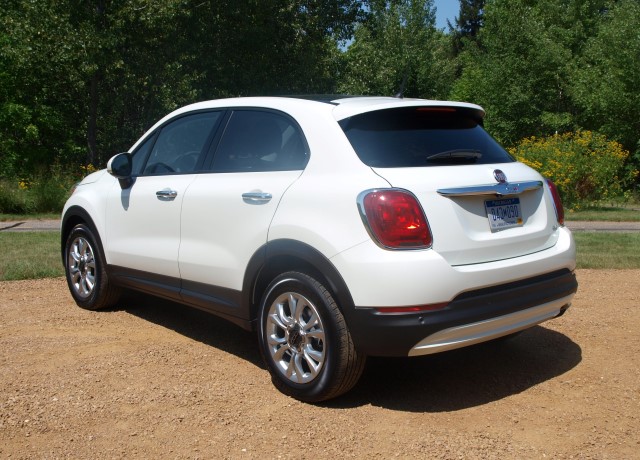 The 500X is promising good fuel economy for its class, as it will be one of the biggest selling points for any subcompact crossover. The EPA states that this particular 500X will get 21MPG in the city, 30MPG on the highway. It should be fine for fuel economy overall.

The base Pop model starts out at $20,000. To step up to the Easy, as equipped with dual pane moonroof, navigation and a few extras, it would cost you $27,200. Keep in mind there are three other models above the Easy: the Lounge, Trekking, and Trekking Plus.

For being a “grand marshal” of a Pride parade, the new Fiat 500X has accomplished a potential connection to our demographic. It is different, cheeky, and useful. Its style alone is worth the look. Oh, and don’t forget, it’s European…wait, Italian!

Perhaps Fiat has us figured out. Since we supposedly like to be stylish, we would mostly likely be a perfect customer for their vehicles. The 500X is closer to what we might be looking for in these parts: something that could get us through all seasons while looking, well, fabulous.