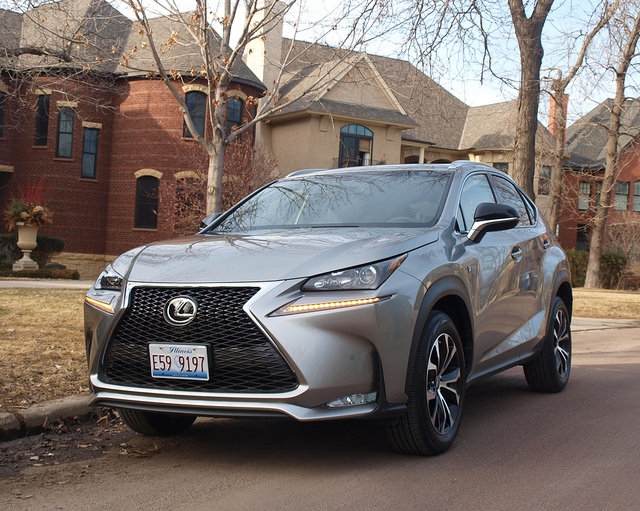 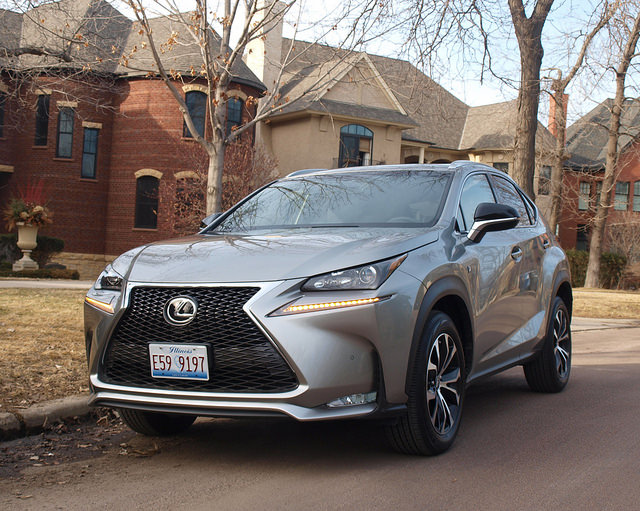 In the state of Minnesota, over 60 percent of all automobiles sales in 2014 were of trucks, SUVs and crossovers. That is actually the highest percentage in the country. Minnesota’s neighboring states were not too far off from that percentage.

In 2014, the fastest growing segment nationwide were crossovers and SUVs – contributing to that percentage. Most of that growth came from smaller crossovers – some of which Lavender reviewed just recently.

To make the distinction, “mainstream” compact crossovers – such as the Honda CR-V and Toyota RAV4- are right with us based on price, value and practicality. What if your budget was higher? Maybe you aspire for something more premium to obtain a higher level of comfort, technology, luxury and post-sales support.

While “mainstream” smaller crossover drove sales last year, premium brand models in the same class also contributed to the growth of this segment. Models, such as the BMW X3, Acura RDX and Range Rover Evoque, lead the premium segment by providing more luxury, technology and special trimmings while riding on the same type of footprint as its more affordable cousins.

Because a segment is growing, is there room for one more entrant? 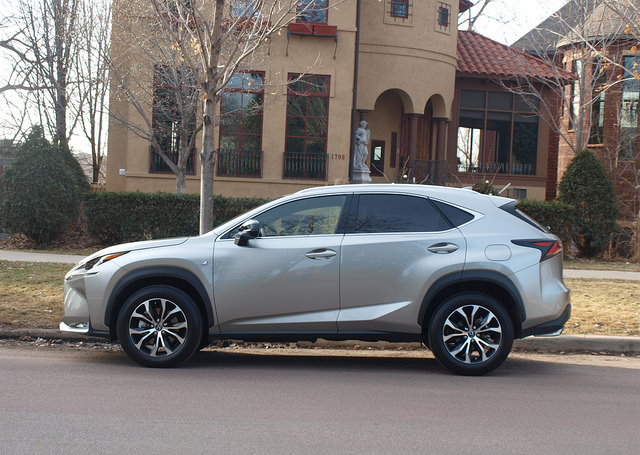 Lexus knew it had to jump into this segment. It introduced the NX to the world. Considering how luxury brands do their best to offer the most in everything they do, is the NX a worthy entrant in a highly competitive segment?

To find out, we had to go face-to-face. When Lexus began affixing the Spindle Grille to its models, they signified a face that is distinctive to the brand. Some applications befit the model, while some were a bit more polarizing in its execution. The NX starts with the Spindle Grille as the primary focal point of the design. It is where the shape of the vehicle takes place – a dominating focal point that sends the eye rearward after showing its folds, creases and visual tricks. Lighting units – there are six of them – find appropriate places within these folds to emit strong lighting and visual effects. LEDs and Xenon beams do the job effectively.

From the front end, the overall shape of the NX follows form towards function. There are some illusions in height, such as it being tall, but at a manageable height, right through its fastback-style roof and its squat stance – even at 182.3 inches long. The ride height is elevated, just as expected in a crossover, providing another optical illusion of stance and effort.

Having the F Sport model around, Lexus adds the sporty black grille texture inside the spindle, requisite badging and aggressive aerodynamic aids. To finish the F Sport look, eighteen-inch alloy wheels are added with Yokohama Geolandar tires with the a nice 60-series sidewall for perfect crossover use. 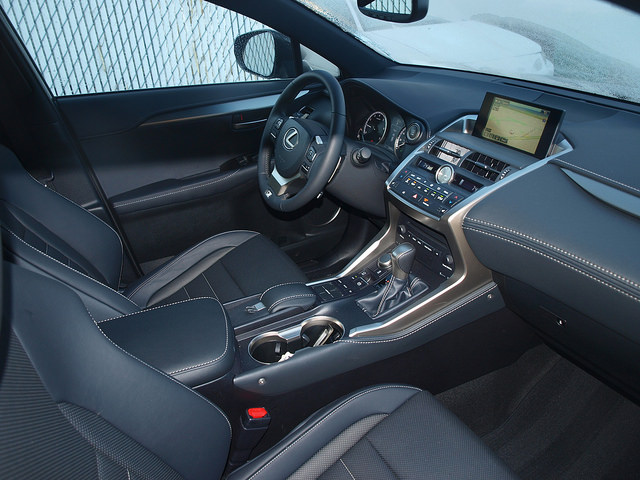 The F Sport theme works well inside the NX’s cabin. There is perforated black leather, with other similar hides around the dashboard and door panels. Contrast stitching helps to add that feeling of sport luxury all around. Seats are on the small side, but offer plenty of bolstering for its front seat occupants. Power adjustments make for customized seating set. Though it might seem tall on the outside, folks with longer torsos may need to duck to get in and out. Otherwise, the NX offers room for five with comfortable positions for each one.

Instrumentation and the center display are standard Lexus fare. Translation: They are very good and straightforward. Operating the center screen comes from a new touch pad, which is both quicker and better to use than the old remote mouse-like controller. The dual level center stack also works for easier access to HVAC switches, while maintaining a good hand/arm position for the touch pad. The console is a bit jumbled with the shifter further from the driver than it should be. The drive mode knob is also a bit away from some driver’s reach.

Cargo space is actually quite good with great coverage using the removable parcel shelf and cargo net. All told, that equals to 17.6 cubic feet behind the rear seats. Those seats fold flat for greater space behind the front seats.

What lies underneath its hood is something you hoped Lexus would do – a turbocharged gasoline fueled four-cylinder engine. The 2.0 liter unit spews 235 smoothly delivered horsepower with the turbo running 17 pounds of boost. A six-speed automatic send power from this smooth boosted motor to all four wheels through a very good all-wheel drive system. The best figure of them all is the 258 pound-feet of troque which you feel immediately from your right foot. The NX responds and goes deep. Performance-wise, the NX will fly – even with 3,940 pounds of crossover on is back. 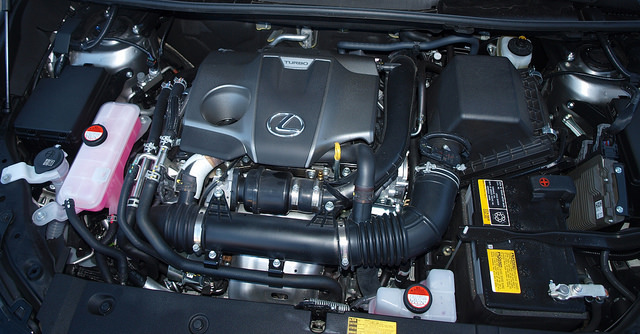 Something you expect from a Lexus is a smooth ride. The NX delivers with great Yokohama Geolandar tires that reduce noise and a suspension system that absorbs most road surfaces – even lumpy pieces of high highway. Handling is a tad on the soft side. There is minimal roll and lean at the curves, but you can feel the control of the NX 200t’s F Sport upgrades. Steering is an easier more manageable task, thanks a smaller steering wheel. Action and response are fine. Maybe the electric power steering system needs to be dialed in a bit better. On-center feel is soft with a bit of play in the wheel. Brakes are decent, but not exactly sharp. Normal and panic stops feel OK, but would like to see more power from the system. The ABS works just fine.

Perhaps the big concern was fuel economy. The NX 200t F Sport turned 22.7MPG – below the average for this vehicle. Note that the turbocharged engine uses premium unleaded gas to fuel up.

A basic NX 200t with front wheel drive will start off at $34,480. This AWD F Sport tester came with a sticker price of $45,313 with several packages included. The NX also comes in a Hybrid – a 2.5liter Atkinson Cycle engine with Lexus Synergy Drive – starting at $39,720.

Lexus really did a good job in making its presence known in a highly competitive segment. To avoid the Spindle Grille and how everything flowed from that shape reward is to ignore a style setter in the class. It is different, and sometimes that will get you noticed. It goes for the interior – in particular, the F Sport. Stand outs either run the risk of losing sales for being different. Conversely, they would also set the standard for the class to follow for their next round.

It is not about style that wins sales. Consider these questions. Can it do the job of carrying four adults in comfort? Can it take them to the best spots in town on a night out or across state lines to a weekend away with ease? Will it be affordable to run in both the short and long term? Can you get through at least a few winters in one? Lastly, can it fit in your life? 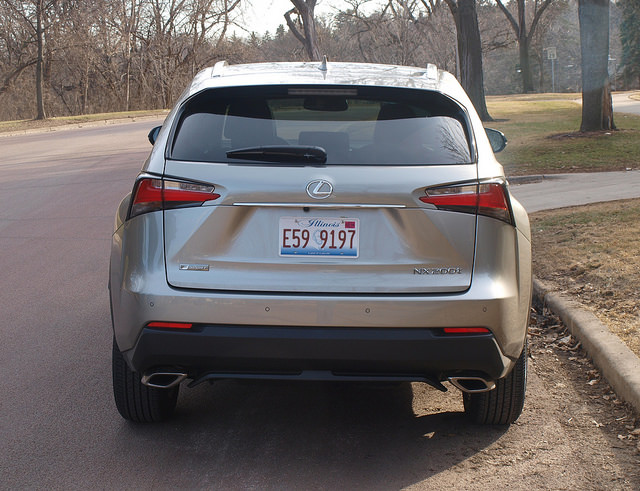 If I had to answer them, I would submit that the Lexus NX is worth considering against the best seller (Acura RDX), the best product (BMW X3) and the most capable (Range Rover Evoque) in this class. Sales for the luxury brand are up, partly thanks to the arrival of the NX and the anticipation that it would shake up the segment. That alone is what I would submit as justification for buying one.