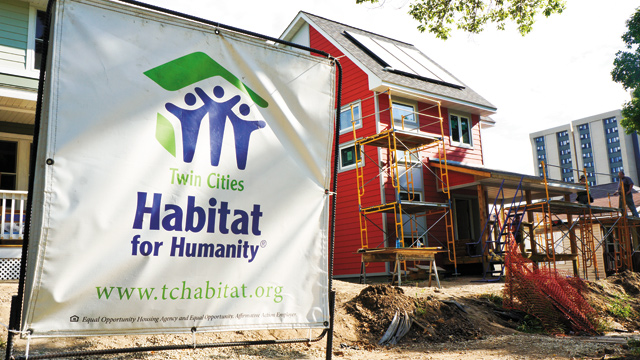 Last month witnessed the first ever Rainbow Build in Minnesota, hosted by the Twin Cities branch of Habitat for Humanity. The build was able to draw attention to issues facing the GLBT community which often go unaddressed.

Rainbow Build lasted from August 26 through August 30 – a week consisting of GLBTQA volunteers building homes to raise awareness around issues for affordable housing in the GLBTQ community. Anne Thul, the volunteer programs manager with Twin Cities Habitat for Humanity (TCHFH), reached out to the GLBTQ community for volunteers as an attempt to help strengthen the community through camaraderie in addition to creating new partnerships with organizations (such as US Bank and the University of Minnesota’s Office for Equity and Diversity).

TCHFH has been working to eliminate poverty housing from the Twin Cities as well as make the need for decent, affordable housing a matter of the public conscience since 1985. Since its inception, more than 900 families have purchased TCHFH houses, with hundreds of families applying every year. 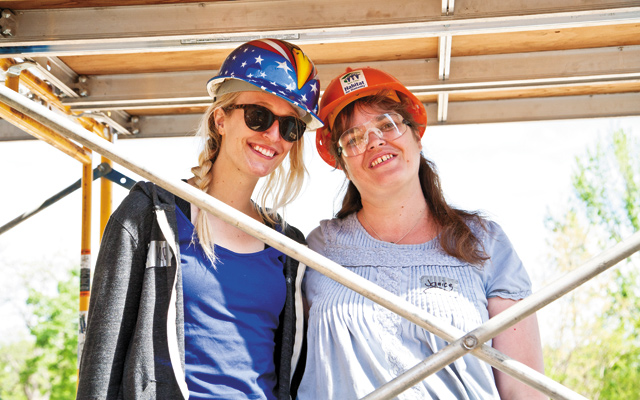 Thul says the inspiration for Rainbow Build came from some surprising sources. Both Tucson and Austin have done a rainbow week before, which got people with TCHFH talking. As the idea gained momentum, it became clear that the idea should become a reality.

Though the week was originally meant to focus around one site, a second site was soon established due to high volunteer rates.  “A lot of people came specifically because it was a Rainbow Build and were very passionate about that,” Thul said. Volunteers came from across the metro-area as individuals or organized groups and worked from 8:30 in the morning until 4:00 in the afternoon each day of the week.

Each day, except Wednesday, community partners were brought in to educate volunteers on affordable housing for the GLBT community. Topics ranged from HIV housing and what services are offered through those programs to GLBT senior housing projects (Minnesota just opened the second one in the country).

Although the week’s educational opportunities and volunteerism was meant to raise awareness and camaraderie among the GLBT community, the family ultimately living in the house is a straight couple and their four-year-old twins as well as their six-year-old nephew who is in their care. Located on 31st Avenue North, the Rainbow Build created a home for Sarah Olson and Abdi Mohamed. She is a dental assistant student at Minneapolis Community and Technical College originally from Coon Rapids, and he came to this country from Somalia in 1999 and is currently working as a loan officer for Wells Fargo and part-time at the Children’s Museum. As a net-zero energy home, “as long as the home buyers use it the way it’s intended, it’ll produce zero energy costs for them,” Thul says. The second project site, located on Morgan Avenue, does not have a buyer as of yet.