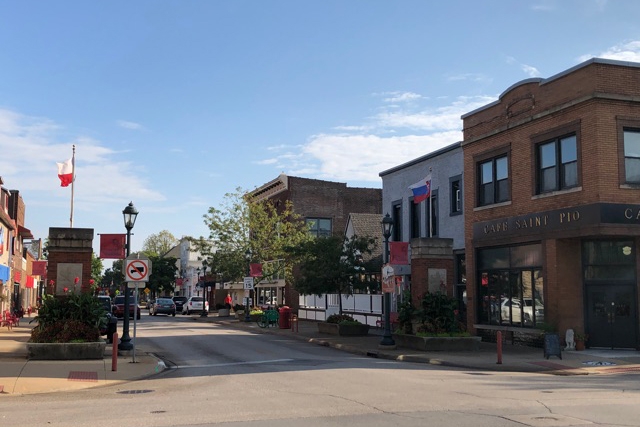 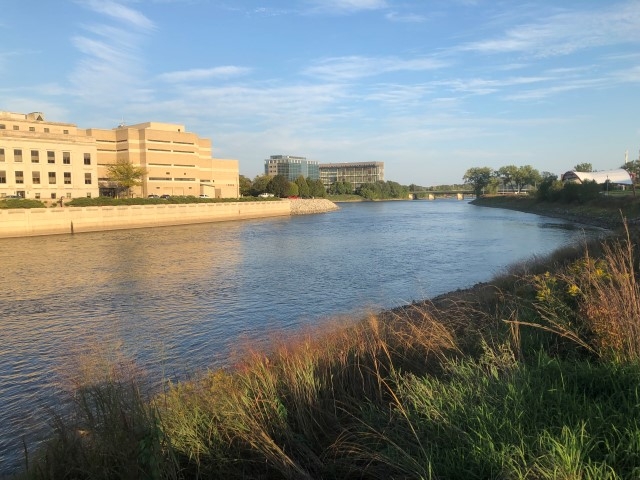 What is the first thing you think of when someone says they’re going to Cedar Rapids?

A few things come to mind. They might have family living in or nearby. Rather, they may have been born in the area or attended one of the colleges nearby—including the University of Iowa just 25 minutes away.

But, what if someone told you that they were going to Iowa just for the weekend? You probably want to ask “why.”

Here is why you should never ask anyone’s reason for visiting Cedar Rapids: They want us to visit their fair city.

Right now, the Cedar Rapids Tourism Office is in the process of starting a marketing campaign targeting GLBT tourists to their city. As the hub of Eastern Iowa, it makes sense. From the surface, they offer more in terms of accommodations, dining, and GLBT/friendly nightlife. 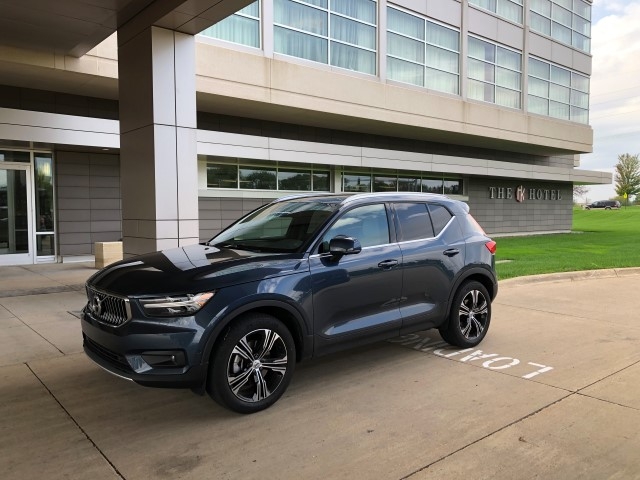 To find out, I packed my bags and headed down to Cedar Rapids is an extremely nice 2020 Volvo XC40 T5 AWD Inscription. It’s a small, stylish, and nimble SUV/crossover that offers the right amount of safety, technology, and economy to make the four-to-five hour journey a breeze. Plus, our community loves Volvos—a lot.

Before I dive further into this story, I have to mention a tragic event that happened to Cedar Rapids back in June of 2008. The Cedar River overflowed its banks and caused major flooding affecting several neighborhoods in and around downtown. The floods displaced 18,000 residents and destroyed over 5,300 homes and disrupted business in the downtown core.

From the disaster, the community banded together to help rebuild the affected areas. The city began to invest in new housing creating new neighborhoods and opening up new opportunities for transportation alternatives. All of while securing the levees along the Cedar River’s banks.

“The town has had the opportunity to reinvent itself building upon a lot of the features,” said Rob Lancaster, a local member of the GLBT community in Cedar Rapids. “[And] a lot of its strengths that it had pre-flood as well. But, the flood gave us an opportunity to start with a clean slate.”

Another local GLBT resident of Cedar Rapids, Matthew Van Maanen, recalled how the community came together towards recovering from the Flood of 2008.

“[E]very person just did whatever they could to help. [W]e took in friends, we helped with the animal people…we helped because a lot of pets were displaced…they needed help with pets. And…the sandbagging. [E]very person in this town that you talk to has probably sandbagged. [I]t didn’t matter who you were, what status you were, what part of town you were from. Everyone came together and…it was an amazing time. It was terrible that it happened, but it was great to see that like at our core, like this is who we are as people.” 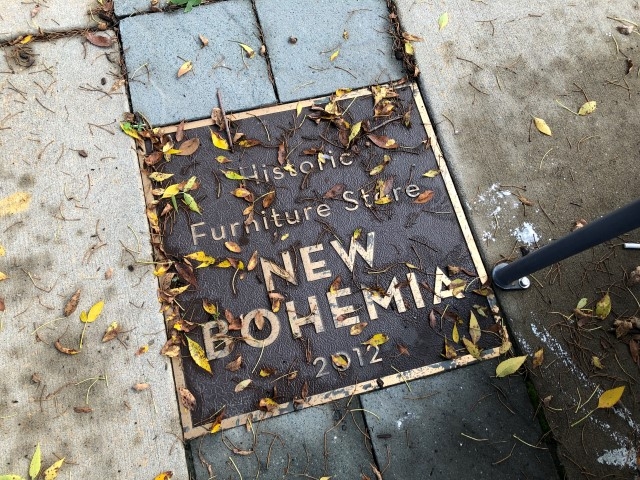 Two of those neighborhoods affected—Czech Village and New Bohemia—were reborn from the Flood of 2008. New Bohemia—affectionately known as NewBo—is actually a rebranded neighborhood that is now a magnet for new enterprises, including restaurants, coffee houses, and small business incubators. It is also very GLBT friendly, as this year’s Cedar Rapids Pride was held in the NewBo.

One of the city’s main attractions is the National Czech and Slovak Museum (1400 Inspiration Pl. SW). The Flood of 2008 almost covered the entire building, saving most of the rooftop from the waterline. To rescue the building and its contents, an operation enabled the entire building to move up the hill away from the swollen banks of the Cedar River. Once the building was secured on higher ground, it re-opened to the public in 2011 to a massive crowd of around 10,000 people.

The collection inside the National Czech and Slovak Museum is absolutely wonderful. However, the museum’s message was quite clear as to tell the story of immigration in America through the lens of generations of Czech and Slovak settlers in Cedar Rapids and beyond. Jim Miller, the museum’s Vice President for Development and Marketing, pointed out that its visitors—ranging from student groups to travelers from abroad—found the museum enlightening with the retelling of its cultural history and relevance to today.

Another museum stop to make is the Cedar Rapids Museum of Art (410 3rd Ave. SE), which houses the largest collection of Grant Wood’s works in the U.S.A. While you know Wood from his famed painting American Gothic, you will be stunned by his other works prominently exhibited in his home state. To celebrate the museum’s 125th anniversary in 2020, there will be a larger and deeper retrospective on Wood’s works hosted at the museum. 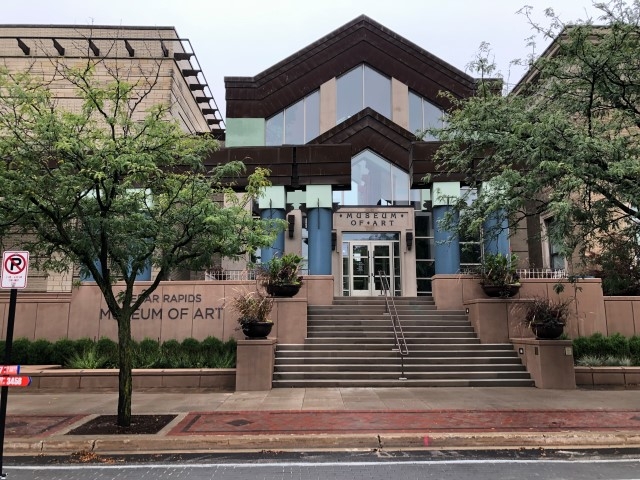 The Cedar Rapids Museum of Art also features great exhibitions of some of Wood’s friends and other artists that called Eastern Iowa home. Artists such as Marvin Cone, John Beckelman, and Mauricio Lasansky have their works displayed just blocks from Wood’s own studio. The latter artist uses printmaking as his medium with some of the most compelling pieces one should see inside the museum.

One stop that has to be on your itinerary is Brucemore (2160 Linden Dr. SE). You go to this location not only for its 26-acre site and large Queen Anne mansion, but for its quirky history that locals still talk about through the three families that resided there—and some pet lions. The lions have since left the estate some decades ago.

Cedar Rapids is also known for its theater and live entertainment scene. While touring shows stop at the Paramount Theater (123 3rd Ave. SE), the community stage is alive and well at Theatre Cedar Rapids (102 3rd St. SE). Concerts are also held at the Paramount and US Cellular Center (370 1st Ave. NE).

There is a local arts scene that is flourishing encompassing every medium in various performance and exhibition spaces. Legion Arts at the CSPS Hall (1103 3rd St. SE) is a place where performances of all kinds are captured into a relaxed space for everyone.

The restaurant scene in Cedar Rapids might just surprise you with the quality of food, local ingredients, service, and atmosphere. For a great start, Brewhemia (1202 3rd St. SE #101) offers exceptional breakfast, coffee, wine and beer in a down-to-Earth location in NewBo. I had a great lunch at the Black Sheep Social Club (600 1st St. SE) that offered a Crunch Town Fish Nuggets as a great starter. The breading is made with cereal from the nearby Quaker Oats facility. The taste of this signature starter will delight you. 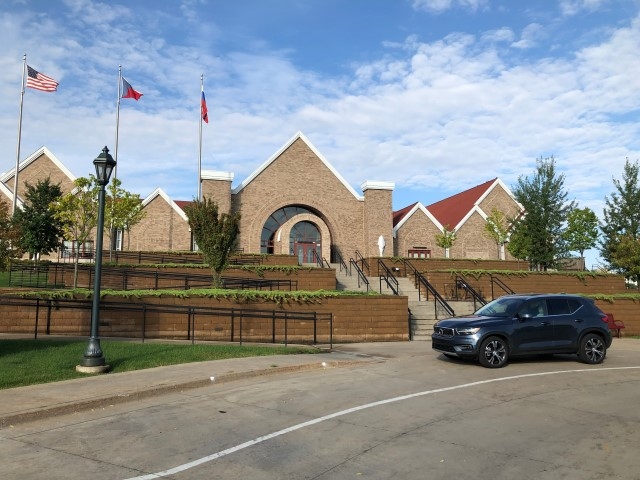 Dinner was served at Popoli (101 3rd Ave. SW). It has some Italian-inspired dishes, but it has a wider focus on delivering quality food and atmosphere. Another dinner place to recommend is Rodina (1307 C St. SW) in Czech Village. This has a great reputation for delivering exceptional dishes that are made exclusively from local sources driven by one of the top chefs in Cedar Rapids.

There is one GLBT bar in town: Club Basix (3916 1st Ave. NE). Located north of downtown, this converted fast-food restaurant has been a part of the community since 1997. Recently, it became a focal point as the place for a post-debate party after the candidates had their GLBT forum down the street at Coe College. They do offer a mix of drag performances, a dance floor, and friendly people.

While Cedar Rapids Pride brings the community together once a year, there are other places that keep connecting the community year-round. Tanager Place recently began a program for GLBT youth inside their center. Van Maanen is a board member for the program and was asked how well the program has impacted local GLBT youth in Cedar Rapids. “It’s just an amazing space for the kids,” said Van Maanen, “for those kids to have some place that they can go and feel safe. [W]e just had a board meeting last week and they were talking about how…these kids their attendance is up in school, they’re getting better grades. [T]his center has been opened for less than a year and kids are already performing better in school.”

For the transgender community, there is Transformations as a place where they can find support and community. Otherwise, the message I got from the GLBT locals I talked to is that Cedar Rapids has a progressive outlook on its community and they always felt safe in and around the city. 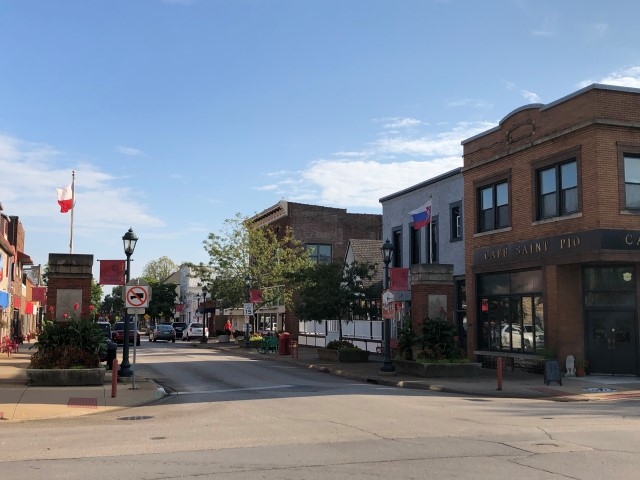 If you want to bring something fun home from Cedar Rapids, Raygun (1028 3rd Street SE) is not only a great place to shop for GLBT knick-knacks, but you can also get many laughs out of the t-shirts and gifts offered at the shop in NewBo. Their main attraction is not only the inside jokes of their t-shirts and gifts that are topical (a nod to the upcoming Iowa Caucus, for example) but the fact that they are proudly made in this country with union workers and fair trade materials. Raygun has other locations across the Midwest in Des Moines, Iowa City, Kansas City, and Chicago, along with an online shop. After all, it is “The Greatest Store in the Universe.”

During my time in Cedar Rapids, I stayed at The Hotel at Kirkwood Center (7725 Kirkwood Blvd. SW) just south of downtown Cedar Rapids by the airport. This a unique hotel, since it is actually a “teaching hotel.” That is because of its location—across the street from Kirkwood Community College. The hotel is part of Kirkwood’s hospitality program, where the hotel is a “learning laboratory” for its students. Students in the program are required to work at the hotel and restaurant for course credits while learning about the hospitality business in the process.

This luxury hotel offers plenty of amenities for both business and leisure travelers in a modern setting. It also hosts conferences with its flexible and large meeting and reception spaces and has been seen as the top wedding venue in Cedar Rapids. Starting this fall, The Hotel at Kirkwood Center will be undergoing a renovation that will add more value to the property for all of the events it hosts.

With the campaign being developed by Cedar Rapids Tourism, this “more responsible” community is definitely worth your visit. Whether it is a weekender or a hub for other activities across Eastern Iowa, make Cedar Rapids your destination. 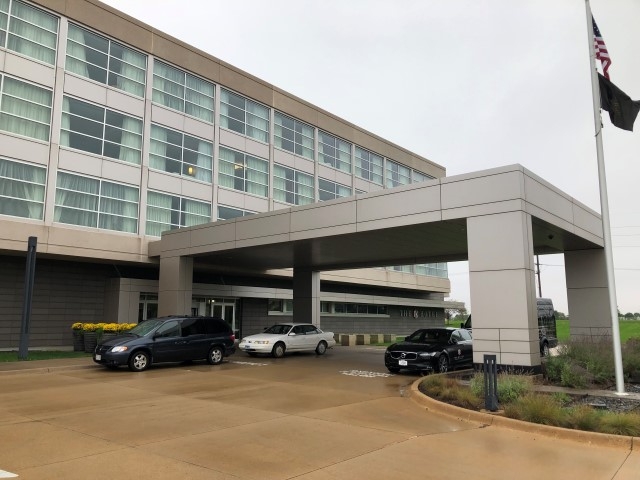 The Hotel at Kirkwood Center