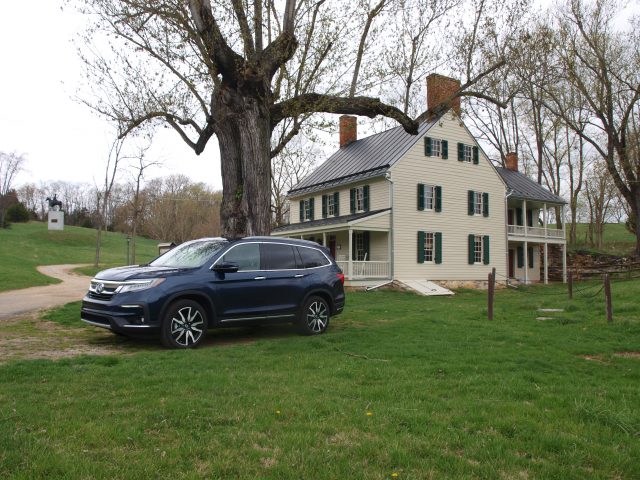 We know what you’re thinking…what happened to the Our Rides column last year? Where’s the car reviews? Where’s the stories about scooters and public transportation? What’s up with these road trip stories? Don’t you have a travel column? We love reading Carla Waldemar’s experiences around the world!

If you love the past eight years of this column, we sincerely thank you!

Let me explain why this column has become a “road trip column.” While it is great that we can present to potential GLBT consumers the latest and greatest in automobiles, there has to be a point to demonstrate what you can do after you purchased your vehicle.

In truth, we know for a fact that GLBT people love to travel. Your social media is full of check-ins at the airport, photos from the cruise ship, the hotel, or some prominent point of interest at your destination. You fly, sail, take the train, the bus…and drive to wherever you want to go.

Just like you, I love to travel. I love getting on the road and going somewhere. I love exploring new places and meeting new people. I also love going back to old familiar places and seeing what’s new, while reconnecting with the places I once hung out and the people that I knew back there.

Last year was our test for this column. I ventured to a few places for this magazine and discovered the old and the new. I also met people in our community that mattered in places where they are present and create an impact. Fargo, Mankato, and Cedar Rapids were just the beginning. The adventure continues into 2020 with new and familiar destinations and experiences.

Before I dive into 2020, there was one road trip from last year I forgot to write about on here… 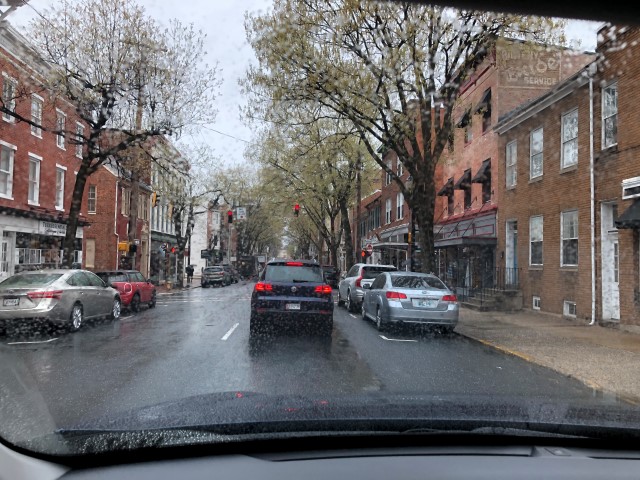 Last April, I was out in Washington, D.C. attending a media event at the Auto Show there. After all the hubbub died down at the Washington Convention Center, it was time for me to spend the rest of my time in and around our Nation’s Capitol.

Back in 1996, I moved to the D.C. Area from California. I won’t get into my reasoning, except to say that I ran my course in my home state. I was also motivated to find something meaningful in my life. We’ve all been there, right?

My four years in the District—eventually moving to Falls Church, Virginia where I worked on a Defense contract as a procurement specialist for the agency’s information technology infrastructure. After some adjustment to the climate—physically and politically—I started to really like the area. It was also a hub for many trips by car, train, and air up and down the East Coast and out to parts of the Midwest.

I left the D.C. Area in 2000. I only returned twice since then. My latest return last April as part of a business trip. The business part was finished the day after my time at the Washington Auto Show.

After a couple of nights enjoying the hospitality of my colleague William Hopper and his husband David at their home in the Chevy Chase neighborhood of Washington, I headed northbound on Interstate 270 towards Frederick, Maryland. My plan was to head to Gettysburg, Pennsylvania to visit the battlefield and the town itself. If you know your U.S. history, Gettysburg became the turning point of the Civil War. 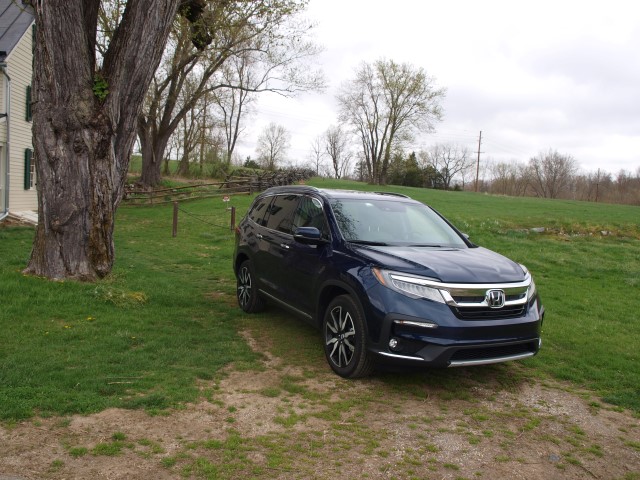 I was enjoying my time behind the wheel of a 2019 Honda Pilot Touring Elite, supplied by American Honda, as I drove through Frederick’s historic downtown area. Driving along, you were propelled back to the days before the Revolutionary War, with most of the downtown buildings still stand from the 18th Century, housing shops and apartments that are simply modern.

My motivation to get to Gettysburg was thwarted due to heavy Friday noontime traffic on northbound U.S. Highway 15. It was there when I made a decision to head towards another key Civil War battlefield: Antietam.

Antietam is also known by another name: Sharpsburg. The small Maryland town located just a few miles from the Potomac River was the site where over 22,000 soldiers died on its soil. Gen. Robert E. Lee’s Confederate forces met Maj. Gen. Robert McClellan’s Union army in all-out warfare. In the end, McClellan repelled Lee back across to Virginia, but not without suffering severe losses on both sides.

The battlefield served as a reminder of what the Civil War felt like some 150-plus years later. Antietam was not the battle to end the conflict, but one of who had the most resilient army to hold their ground over the cause of humanity. The rolling topography of West Central Maryland can tell many stories of regiments wiped out thanks to an argument over slavery and the definition of a nation. 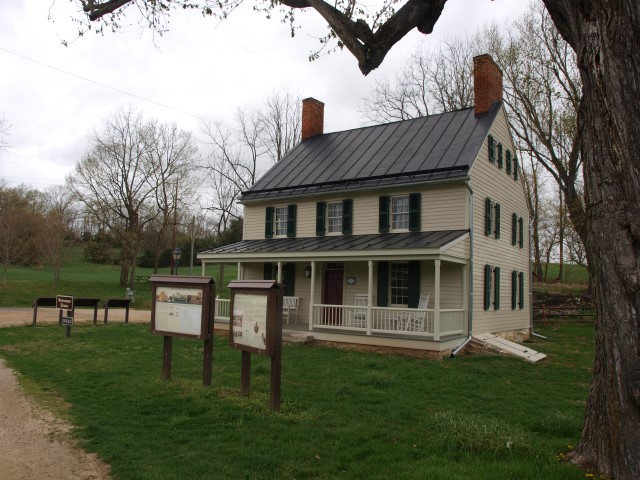 From there, I crossed into West Virginia. This is actually one of the best parts of the state—that tea spout that meets Maryland and Virginia on the eastern end. Shepherdstown is the most welcoming community you will find in West Virginia with GLBT-friendly spaces and a cool vibe within its 18th and 19th Century structures. From there, the countryside yielded the spot where the Shenandoah River splits from the Potomac: Harper’s Ferry. If time was on my side, I would have stopped into the historic area where I once visited some 20 years ago. I also passed up the spot where John Brown planned his raid on the nearby armory for a slave revolt that almost happened.

If you travel out that way, please do yourselves a favor and follow history. Visit Harper’s Ferry, the John Brown Raid site, the Antietam Battlefield, and so forth. This part of this country gives you the perspective of the first 100 years of history since the start of the Revolutionary War.

After my drive through Maryland and West Virginia, I checked into my hotel in Gaithersburg for my final night in the D.C. Area. Sometime later, I headed out to dinner meeting with a couple of friends I have not seen since their departure from the Twin Cities several years ago.

My dear friends Erich, Steve and I met a superb restaurant in Gaithersburg’s Downtown Crown district called Ted’s Bulletin (220 Ellington Blvd.). The dinner reunion was a wonderful moment on this trip. And, the food was superb.

The next morning, I returned to Ted’s Bulletin in Gaithersburg for my final meal in the D.C. Area. It was again very delicious, and the service was excellent. It was sad to leave an area I once called home, but Baltimore was calling. I had to answer. 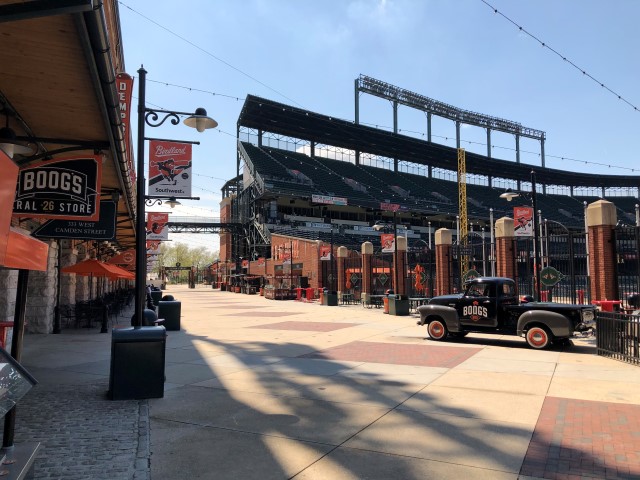 After some meandering across the heart of the state, I made it into Baltimore’s Inner Harbor. My first stop was Oriole Park at Camden Yards—the home of the Baltimore Orioles. The ballpark opened in 1992 as the first wave of neo-retro ballparks bridging baseball’s part with its present and future. The ballpark beautifully incorporates an old warehouse past right field, turning it into offices, retail, and dining. There is a pedestrian mall, called Eutaw Street, that divides the old warehouse with the ballpark itself. Having been at a game there, the place still gives off a wonderful vibe that welcomes many to this old port city. It still looks great today.

Some post-lunch meandering took me into the heart of Fells Point, one of the first neighborhoods to be gentrified in the city of Baltimore. Broadway Market was under construction, but that did not deter anyone from enjoying the neighborhood’s hip and cool vibe.

After checking into my final hotel out by Thurgood Marshall Baltimore Washington International Airport, I went back into the city for a late dinner call. With time to kill, I wound up in the Federal Hill neighborhood south of Inner Harbor. While this is an example of classic Baltimore with its rowhouses and narrow streets, it has also transformed into another hip and cool neighborhood for younger residents. I noticed a few rainbow flags flying in the neighborhood, which is always a good sign of life for us. 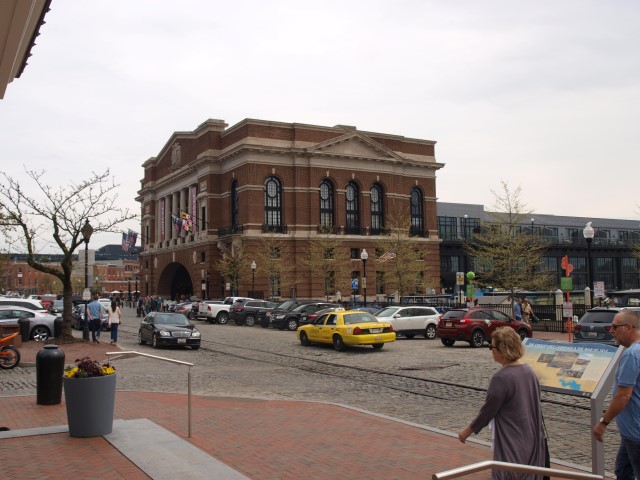 Eventually, I drove the Honda Pilot back into the Fells Point neighborhood for an exercise in parallel parking. Street parking is a premium in most of Baltimore, but I found a spot in the neighborhood that barely fit this mid-size three-row SUV. Once parked, I walked a few blocks to meet Brian, his husband Mike, and two other couples for dinner in a tavern Ale Mary’s (1939 Fleet St., Baltimore). The place combines great steaks, seafood, and tater tots. The latter turned out to be their signature set of dishes and proven quite popular with our table.

Perhaps my final tip on travel out East is to incorporate some driving into your trip. Get out beyond the city and find something special, even historic. And, yes, culture.

That takes care of last year. Now, it’s 2020. It’s all clear for the next road trip ahead!