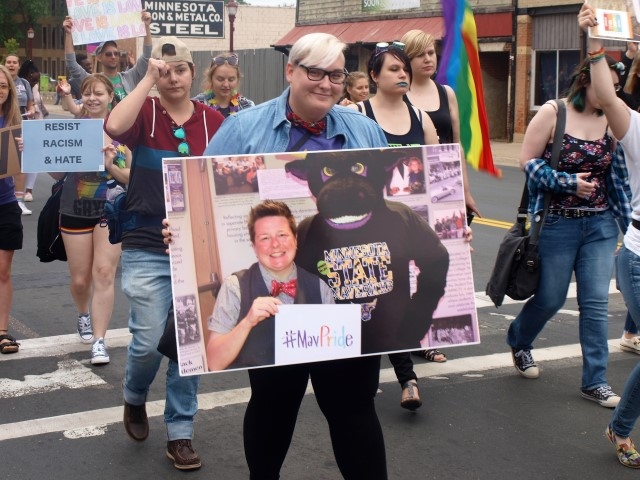 In April of this year, Minnesota’s GLBT community lost a leader and organizer in Jessica Flatequal. She was 46.

She left us not only as Director of Gender and Sexuality Programs at Minnesota State University in Mankato, Flatequal’s legacy continues in the spirit behind South Central Minnesota Pride. The self-described “townie” and “professional lesbian” will always be remembered with her signature bowtie riding around in her scooter wishing everyone a “Happy Pride” every September in Mankato.

Her legacy was also honored at Twin Cities Pride, as Flatequal was posthumously named the Grand Marshal of the Ashley Rukes GLBT Pride Parade this June. In her place were a group from Mankato and the surrounding communities who upheld Flatequal’s legacy on Second Avenue through downtown Minneapolis. It was a moment that was part-remembrance and part-celebration.

Since South Central Minnesota Pride weekend was on our calendar, we wanted to celebrate this organizer and activist’s life the best way possible. The best way to do so was to go to Mankato and join in the celebration of Flatequal’s life, as her name is now affixed to the annual Pride Parade. 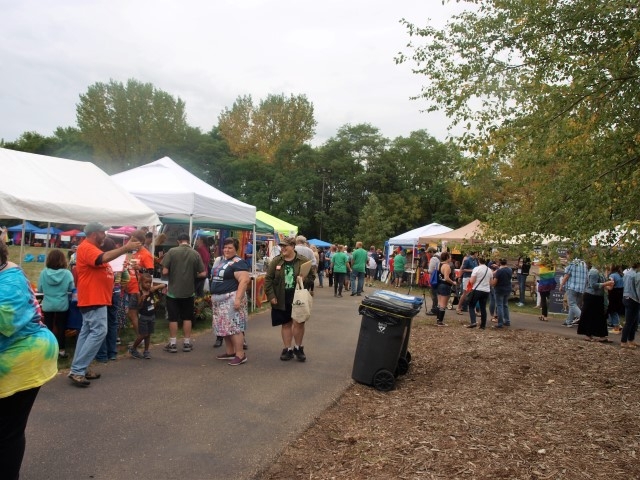 For me, this would be a day trip. The parade kicked off at 11:30 a.m. along Riverfront Drive from downtown Mankato into Riverview Park. The festival began soon after the parade ended. The day’s festivities would end at 5 p.m. with more programming afterward.

My ride for this trip was a 2020 Jeep Gladiator. Perhaps a reminder how this truck’s ancestors helped frame the GLBT community’s rise to power in the 1970s, and it remains a vehicle that is still dear to us.

The Gladiator pickup truck arrived into downtown Mankato with a warm welcome by the folks at South Central Minnesota Pride and the surrounding community. You can sense there was an atmosphere in celebrating Flatequal’s contributions to the community, but also taking stock in it.

To understand the impact Flatequal had in Mankato and across Southern Minnesota, I spoke to her wife Maria Bevacqua about what she had left behind for the community.

“She was Minnesotan through and through,” said Bevacqua. “Her reach was pretty broad as an educator, as someone who worked at the university, she not only made it her job to educate the students, faculty, staff, and administrators of Minnesota State University, Mankato, but she also was a frequent guest speaker at other colleges and universities, at conferences around town and around the state, and at institutions like hospitals and counseling centers. She was a regular who was there to help people do better, to do their jobs very well, to honor diversity in their work and to create welcoming spaces, especially for [GLBT] people, but not only for [GLBT] people.” 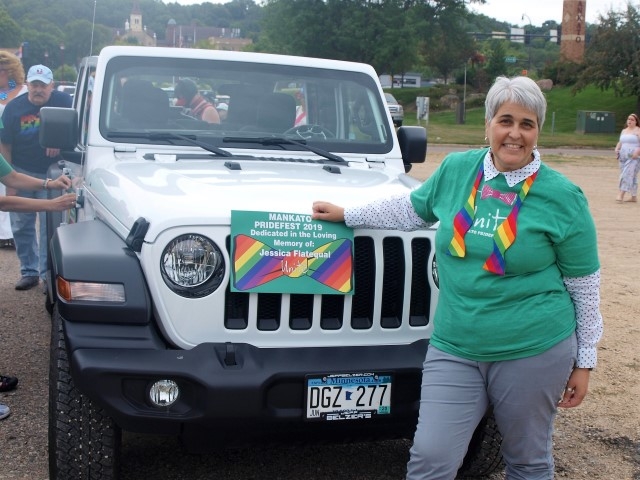 A longtime member of the community, Tammy Mason, also confirmed Flatequal’s impact upon this part of the state. One that explained her energy for creating the spaces Mankato needed for their GLBT population.

“[S]he always wore bow ties,” Mason explained. “She was just a comedian. She made everybody laugh, smile. She was loving, caring, selfless, just a beautiful person. She just really brought the community together. She gave it her all.”

Carrying Flatequal’s torch in Mankato is the current Executive Director of South Central Minnesota Pride Jeni Kolstad. She gave us a good picture of how much hard work Flatequal put into Pride and the community.

“I visited her in the hospital,” Kolstad explained. “It was actually a few weeks before she passed, and we were just talking about Pride and what that was going to look like this year. She’s, the whole time, she’s sick, right? The whole time, she’s just like, ‘Well, I’m just going to get on my computer and I’m going to help out and I’m going to…’ I’m just like, ‘No, you are not. You are just going to get better.’” 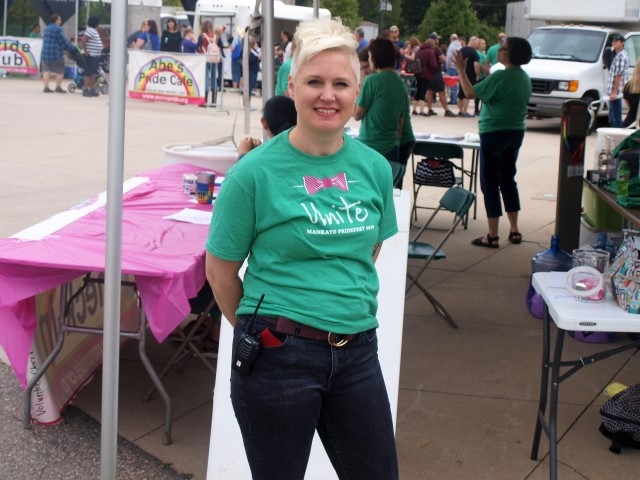 But, there is much more work to do in Mankato and across Southern Minnesota. Bevacqua said, “I think many people are stepping up and realizing that Jessica…has left some big shoes to fill and that she was, you know, a one-person dynamo. But it’s going to take all of us to continue her work, and that’s what she would want. She would expect us and hope that things wouldn’t just stop here and be stagnant, but that we would continue to advance the mission of acceptance and love and diversity that she always preached.”

If you want a taste of the GLBT community year-round, look no further than Old Town Mankato and The Coffee Hag on Riverfront Drive. The corner location offers large windows and good organic and fair trade coffee. It appears to be one of the few places that openly welcome GLBT patrons to dine, relax, and enjoy a coffee and some food with their device or a book. Or, to meet new friends. Maybe listen to some live music on certain evenings.

“It’s a place where people can come and feel safe,” explained Jenn Melby-Kelley, one of the current owners of the Coffee Hag. “They’re loved for who they are. We welcome everyone. We want everyone to feel good about who they are when they walk in the door.” 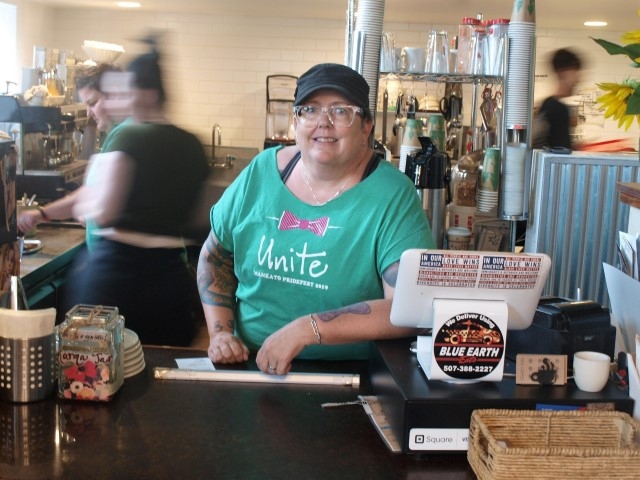 Melby-Kelley purchased the corner coffeehouse in 2007 from the one of the original owners, after one of them passed away. In fact, Melby-Kelley was a former employee of the Coffee Hag back in the 1990s. “When I bought the Hag,” said Melby-Kelley, “I wanted to take that foundation and build from that and really focus on community and focus on good food done well and good coffee done well and music and art.”

The other place where the community’s pulse is found is on the Minnesota State University campus. The LGBT Resource Center is where you may have found Flatequal on occasion, as she planned South Central Minnesota Pride and other community related events that centered on advancing GLBT and women’s rights in the region.

Minnesota State’s LGBT Resource Center also houses the Pride Committee, which also offers a year-round calendar of things to do. For example, they are welcomed at various locations in Mankato for their Queers and Beers monthly social gathering. On occasion, they will also host a Queereoke night at the Loose Moose Saloon and Conference Center in Mankato. Their Facebook page has all of the listings of their events outside of Pride weekend. 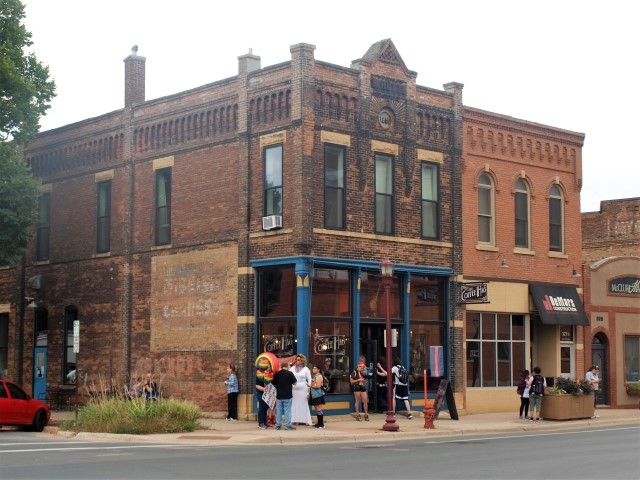 Mankato is a place where you can feel the heart of the community. In fact, it has now taken on a physical, natural form. Flatequal’s memory still lives on with a tree planted in her memory inside Riverview Park. The next time you visit Mankato, go to the tree, honor her memory, and have some coffee at the Coffee Hag. Then, you will know why this historic Southern Minnesota city is a special place to visit. 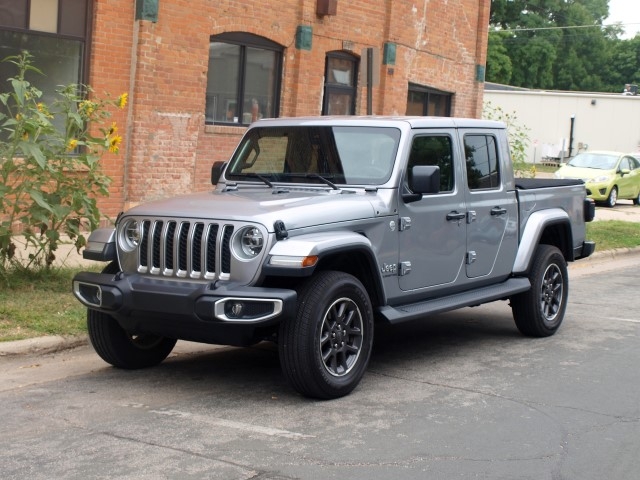