Our Rides: Going Three Wheels in a Vanderhall 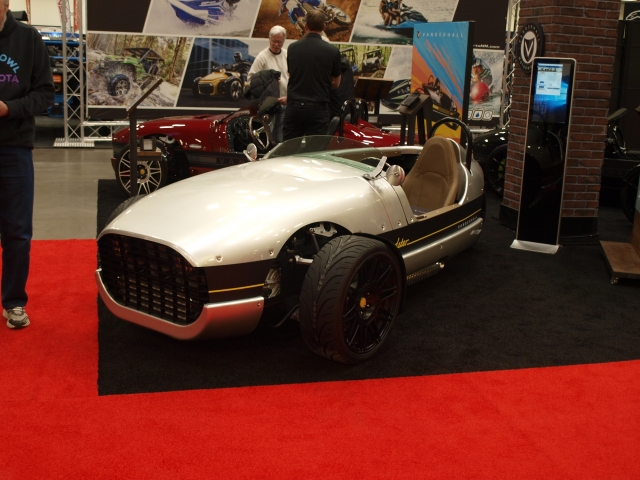 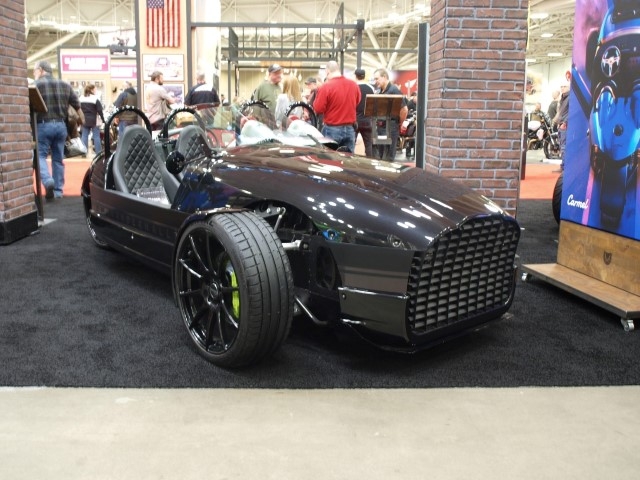 Did you know that in some states—Minnesota included—most, if not all three-wheeled vehicles can be registered as motorcycles?

Maybe it is because of Polaris’ Slingshot. The Slingshot is a byproduct of Medina-based Polaris’ powersports division that concocted a single-rear-wheel vehicle and built a tub around it. Believe it or not, power comes from an automobile engine—one supplied by General Motors. The passenger tub has an automobile-like feel, but the underframe is derived from a platform that is part-motorcycle and part-all-terrain vehicle.

To ride one of these vehicles, you can use your regular driver’s license, except in Wisconsin, where you will need a motorcycle endorsement.

The Slingshot is not the only vehicle of its kind around these parts. British roadster company Morgan makes the 3 Wheeler, which looks like the ones the company produced back in 1909. Power comes from a v-twin motorcycle engine, but it uses a gearbox from a Mazda MX-5 Miata. This falls under the same licensing category as the Slingshot—the “autocycle.”

Not to be confused with either the Slingshot and the Morgan is Bombardier’s Can-Am three-wheeled motorcycle. Unlike the other two “autocycles”, riders in our region will need a motorcycle endorsement for the Can-Am.

Which brings us to Vanderhall. This Provo, Utah-based company makes three models of “autocycles.” In fact, all three models were shown at the Progressive International Motorcycle Show which made its stop at the Minneapolis Convention Center. 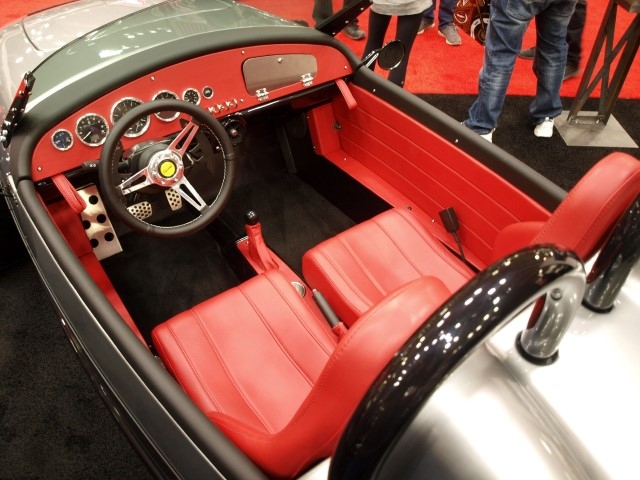 The Carmel is a two-seat autocycle powered by a GM turbocharged engine, as well as the Venice single-seater. Vanderhall also offers a battery-electric model called the Edison. This autocycle is seen as the electric version of the Venice, but with two 52-kW motors, propelling the autocycle from 0 to 60 MPH in just four seconds. It also can run up to 200 miles on a single charge—more than most full-battery electric cars priced below $45,000.

To get some more perspective on these three-wheeled autocycles, we talked with Vanderhall’s Marketing Director Daniel Boyer at the Progressive International Motorcycle Show to see how these classically-designed three-wheelers came about.

Boyer further explains that “it wasn’t until he took the body off of one of his earlier iterations and then stood back and looked at the naked chassis and asked himself, ‘Why does this look better than any iteration that I’ve done so far?’ It was that open wheel, ultra-simplistic, svelte design that we’ve turned around and ran with, that hearkens back to the 1950s, ’60s, and F1 racing and just gives you that extreme fun, Boy Racer style enjoyment. The style is timeless, and that’s really what we’re going for.”

The gasoline-engine Vanderhall Venice and Carmel models are engineered with their turbocharged GM engines mounted transversely with the power going to the front wheels.  Boyer further explains that “with this particular platform, with two wheels in the front and one wheel in the back, physics says that doesn’t work as well. But we wanted to make it work, and so after about two, three iterations he tried front wheel drive and it changed everything with regard to the dynamics of the vehicle. Handling was improved. Braking is spectacular.”

“Realistically speaking, instead of having to have a bunch of stability control programs running in the background,” said Boyer, “The vehicle is completely inherently stable because the vehicle is powering the front wheels and the weight is over the stable part of the vehicles, and as you accelerate, rather than all of the force going into weight transfer backwards, some of that is mitigated just by reason of front wheel drive, into upward motion and so your center of gravity does not swing backwards as far. Hence, we are inherently stable.” 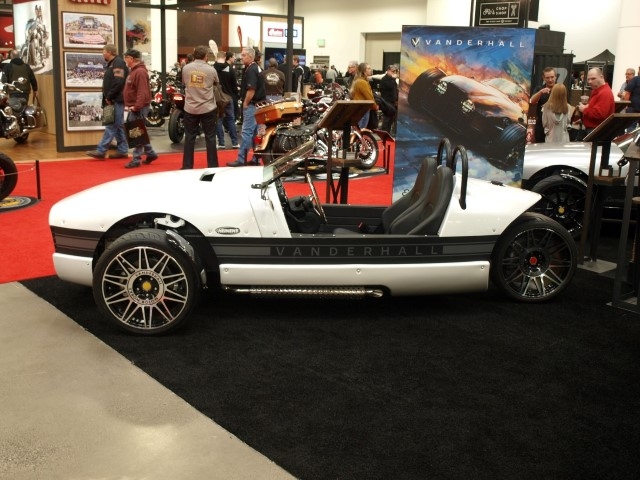 All Vanderhall models are made at their facility in Provo. Just like the Slingshot and the Morgan 3 Wheeler, you can register these Vanderhall vehicles as motorcycles while driving them with your regular driver’s license—except in Wisconsin as earlier noted. All four Vanderhall models—Venice, Speedster, Carmel, and Edison—are available at select dealerships across the country, including a Twin Cities location in Osseo with a location coming soon to Chariton, Iowa, outside of Des Moines. Wisconsin customers can also get a Vanderhall at their dealer in Shawano.

How will a Vanderhall fit in your lifestyle? If you love the feeling of a classic race car and like the challenge of riding an autocycle, this vehicle may be the right weekend machine to drive.