Our Rides: Riding Along With Metro Transit 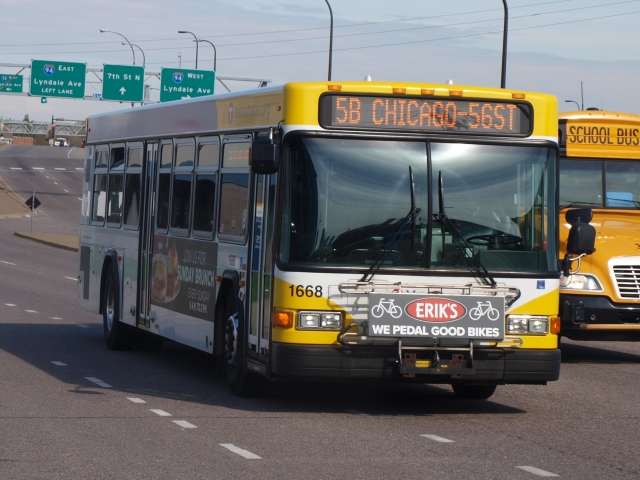 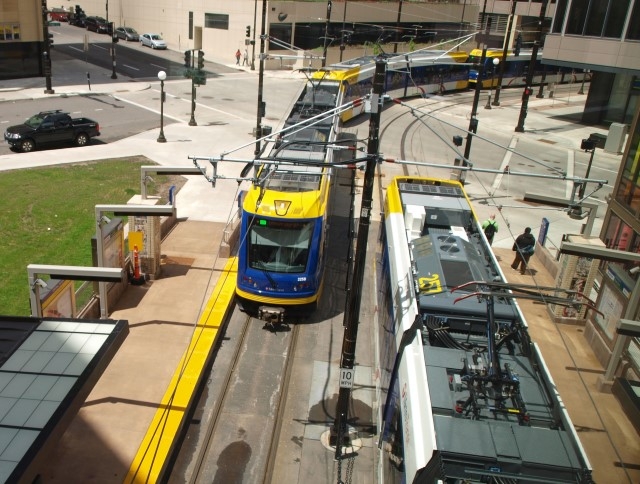 Every week, Metro Transit’s buses and trains welcome over 264,000 riders on average. That comes out to more than 80 million riders a year.

It serves as the core of our transportation system here in the Twin Cities. Workers in Minneapolis, St. Paul, and across the metropolitan area take Metro Transit as a convenient and inexpensive solution for their commuting needs. Metro Transit riders also use the system to shop, visit friends, get to the airport or Union Depot, attend a sports event, or go out to the bars and clubs at night.

The system is constantly improving. You may have seen the construction on Interstate 35W just south of downtown to create a new bus rapid transit corridor with new stations along the way. You may have already noticed construction underneath the East Ramp at Mall of America for a new multimodal transit hub. And, you also may have noticed that Metro Transit has asked its riders to start texting to see if something is wrong safety-wise along the system. 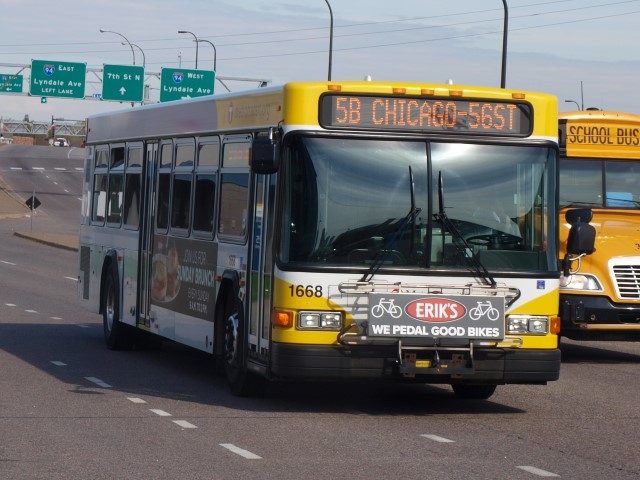 It is a modern system that works for a metropolitan area that is big enough to encourage ridership for everyone accessing their buses and trains.

Our GLBT community is also represented among the faces at Metro Transit. They drive the buses and trains, work on them at the garages across the system, answer your calls to help get you where you want to go, and plan on the future of transit in our community. While they work for us, a substantial number of GLBT people make up over the 80 million rides per year on the system.

One such face at Metro Transit is Jessica Kern, a Garage Relief Instructor and driver out of the Heywood Garage near downtown Minneapolis. Over the course of her 11 years at Metro Transit, Kern has been involved with more than just the operations of the transit agency. She had been driving the Metro Transit bus during the Twin Cities Pride parade, as well sit on committees that are creating a culture of equality and inclusion of all the agency’s employees, as well as the riders. 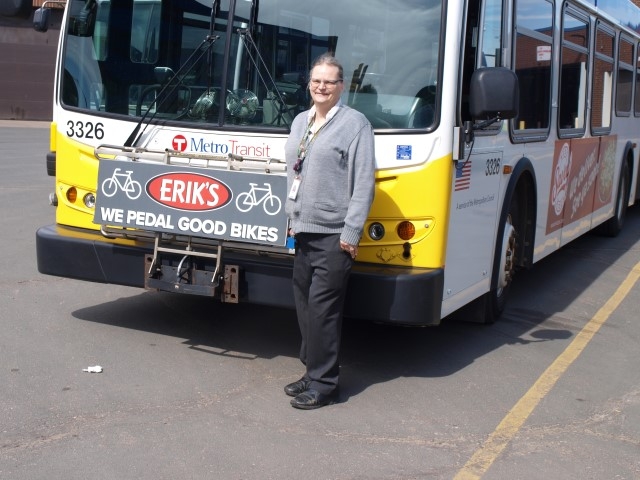 It was not easy for Kern at the beginning of her career. “Being a transgender female,” Kern explains, “I had someone accuse me of going into the wrong bathroom, week one. Managers worked with me to help me get through probation, and then we’ve been working the last three years… on getting awareness out.” From within, Kern explains that she and a few other people from across the GLBT spectrum and allies held a panel at Metro Transit to talk about their place in the agency and start conversations on how to improve relations with all employees. For this year—the 50th anniversary of the Stonewall Riots—Kern’s committee is setting up a GLBT history display for Metro Transit.

A more recent hire, Bryan Folstad, spent the last four years as a Bus Operator for Metro Transit and found his experience with the agency as “mostly positive.” Folstad explains that in his experience that “everyone that knows me at Metro transit knows that I am out as gay, have a boyfriend, go to the pride events, etc. When I first started at Metro Transit there weren’t really any events focused around [GLBT] history, issues or people but recently some employees have put together events that do focus on these issues.”

In regards to serving the GLBT community, Kern explains that Metro Transit has offered free passes to Twin Cities Pride. And, you may have seen them at Loring Park, as well. For Kern, it is all about engaging with the community—especially on the parade route. “I love driving the bus,” explained Kern, “participating in it. I always loved the crowds… it’s just amazing to see the crowds and the support from that. We tend to have a good group of people walking and handing out things, and during the parade, I love making a noise. If you’ve been to Pride, I love honking the horn and trying to jazz it up and I would stop sometimes along the parade route and just hammer on the brakes, making the air noises there and hammering on the horn.” 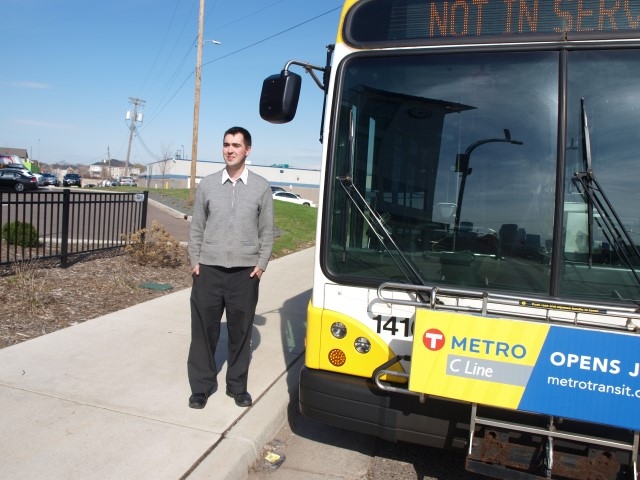 Another way Metro Transit engages with our community is through a GLBT hiring event that occurs once or twice during the year.

The big question regarding our public transit system is how we do continue to use it knowing that we can be safe riding it? Metro Transit introduced a few new programs designed to ensure safety and security while riding the system. There is a text program to report problems on the buses and light rail trains. Texts are sent to a specialist at Metro Transit’s Control Center and are fed to either the Transit Police and/or supervisors monitoring the line for an appropriate response. According to Drew Kerr, a transit communication specialist for the Metropolitan Council, the Transit Control Center current receives “40 to 60 texts” through this system.

However, the overarching program that all of us should be aware of is called Drive Change. This is a campaign to ensure that riding Metro Transit is not only a great alternative to driving, but it is a welcoming way to ensure your safety and security towards an enjoyable ride. According to the Metro Transit website, the program has five goals to accomplish: lessen harassment through respect, kindness and inclusivity, educate everyone on how championing these behaviors can stop harassment, educate observers on what to do when harassment happens, create a model that other transit agencies can follow, and use measurables to show how we can sustain a respectful, inclusive and harassment-free transportation system.

If you have been in downtown Minneapolis or St. Paul—or, have been following them on social media—Metro Transit has been promoting this program through the tag line of “Respect, Kindness, and Inclusivity.” In all, this program is multifaceted involving [a] change from within the agency, as well as on the bus and rail networks. The driver of this change is for everyone—Metro Transit employees and its ridership—to take an active role in ensuring a safe, secure, and enjoyable ride throughout the transit network. 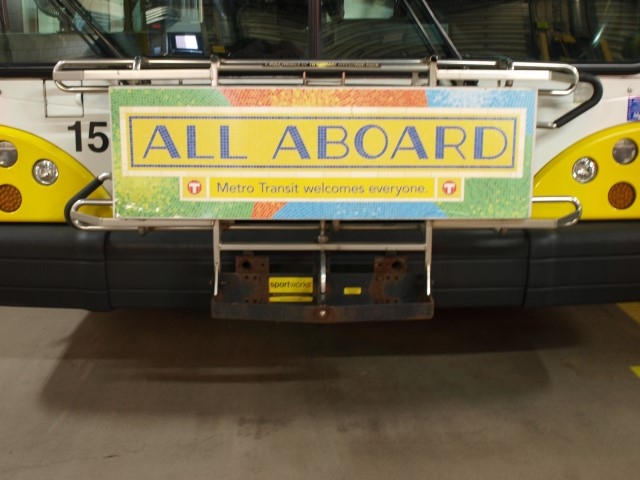 Yet, there had been some push back from within our community. There are those who point out some service issues, such as schedules not being met, and socioeconomic stigmas about riding public transit. However, “[d]espite the negativity,” explains Folstad, “there are some positives. I know some GLBT who ride all the time who have recommended Metro Transit to get around instead of driving because it’s easier, cheaper and less stressful to get around the city.” Moreover, the entire Twin Cities and suburbs.

Our community counts as among the average of 264,000 riders who ride Metro Transit weekly. Drivers, Transit Police, and other employees of the agency may not know that you are GLBT when you step onto one of their vehicles. Yet, we want a safe ride to work, school, appointments, shopping—and back home. Metro Transit is listening. They are working to ensure you ride safely—and that their employees are safe from harm within and outside of the agency.