Our Rides: Out Motorsports 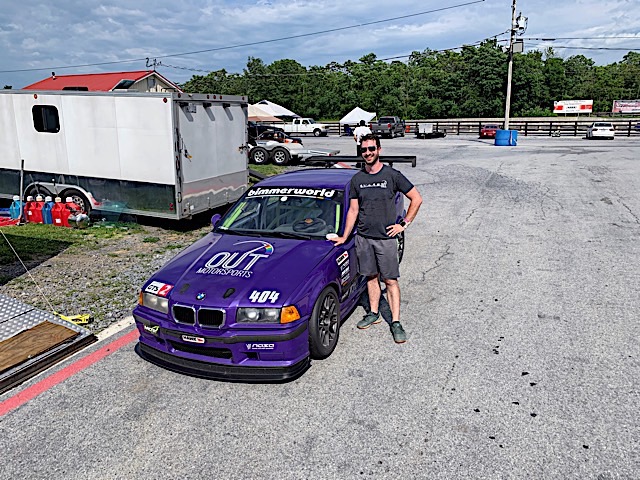 Over the years, we found that our readers are constantly looking for content that speaks to them.

The work we have done for the past decade has helped boost the connection between the LGBTQ community, our publication, and the automotive-related articles we’ve featured.

We’re only scratching the surface. There are a lot more LGBTQ publications that are more focused on delivering automotive content directly to our community.

Jake Thiewes and Tyler Longmire started Out Motorsports in July of 2017. Their first publishing efforts weren’t online until early in 2018. Thiewes explained that “Out Motorsports is a community where [LGBTQ] automotive enthusiasts and amateur motorsports competitors (such as autocrossers, wheel-to-wheel racers, rallycrossers, and track day enthusiasts, among others) can come together to meet, chat, and share their stories with the world. We highlight what’s going on with our followers and their cars, have monthly online gatherings on Zoom, provide space to connect on Discord, and have been reviewing new cars as well.”

Both Thiewes and Longmire came from motorsports backgrounds. “[B]oth of us were being met with nothing but acceptance and inclusion when we showed up to those events as our authentic selves,” Thiewes explained. “This included bringing boyfriends with us and other [LGBTQ] friends.” 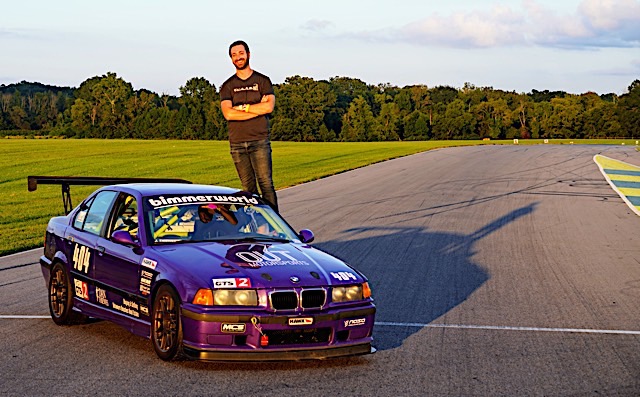 Longmire added: “I was a Junior in college doing some type of report, and I got a call from Jake to talk about this idea he had.  We started as two friends sharing our motorsports endeavors with whoever wanted to follow along. From the start Out Motorsports it has been about visibility. We wanted other LGBTQ enthusiasts to see that there was a place for them. And hoped that if anything was holding them back from getting started in motorsports, we would give them that boost of confidence they needed.”

The website and YouTube channel have seen some significant traffic growth in recent years. Videos and articles by Thiewes, Longmire, and their team of contributors focus on vehicles and activities involving them. “It’s always about the story of the drive,” Thiewes said, “but my hope is that by having stories and reviews published on a site that is so deliberate in defining our primary audience, we’ll make others feel comfortable being involved in the automotive hobby in some way. Once our content is created, we share it across several Facebook groups that are [LGBTQ]-focused and use related hashtags on Instagram to try and appeal to our target audience. It’s working.”

One of the website’s contributors is another enthusiast, Madison Petrali. She is one of a rare number of trans women in automotive media. From her experience in motorsports, Petrali saw an opportunity to share her knowledge of automobiles and motorsports through Out Motorsports. “It’s a really exciting chance to write about stuff I’m interested in,” explained Petrali, “bring a new perspective on things, again, not only as a woman in motorsport, but a trans woman. I feel like I can bring a fresh voice to the conversations that have taken place, traditionally by male participants.”

One of the challenges that Out Motorsports and other LGBTQ media outlets covering automotive subject matter has been attracting a diverse reader/viewership that is representative of our own community. “Tyler and I are also acutely aware that we’re two cisgender white guys running this site,” Thiewes explained. “We would love to have more diversity in our creators, but it’s tough to find others who are queer, into cars, and willing to write or film for us…doubly so if you add other elements of diversity [including age, race, gender, identity] on top of that.”

Petrali adds, “I think a lot of it comes through authentically representing who we are and sharing our stories and perspectives from that foundation. While I am an out trans woman in so many areas of my life, I really had to prepare myself to write my story authentically in the first article of mine that was published, as it meant a whole new level of visibility for me. I think we need to continue to be representatives of the LGBTQ community online and in the real world.”

Thiewes stated that, based on their data and audience engagement, their biggest audience remains “cisgender gay men.”  “We’re seeing some shift there,” Thiewes further explained, “albeit slowly, which is so great. But there’s definitely a heavy slant toward a few letters of the [LGBTQ] alphabet, and I find it fascinating. I know there are plenty of women into cars, but we don’t see many joining us, consuming our content, or reaching out to contribute.”

Meanwhile, Out Motorsports has a vision that could inspire our community to become a part of their site as content creators. Thiewes observed that “[s]ince joining the ranks of the automotive media crowd, I’ve learned there are oh-so-many [LGBTQ]  content creators working in automotive. And most of them are super quiet about who they are, which I find sad.”

“Imagine the younger crowd they could inspire if they were open about themselves,” pondered Thiewes. “Maybe that 7-year-old with subscriptions to Car & Driver and Road & Track would see queer authors or video personalities and realize they, too, could grow up to review cars or go racing and also be [LGBTQ].” 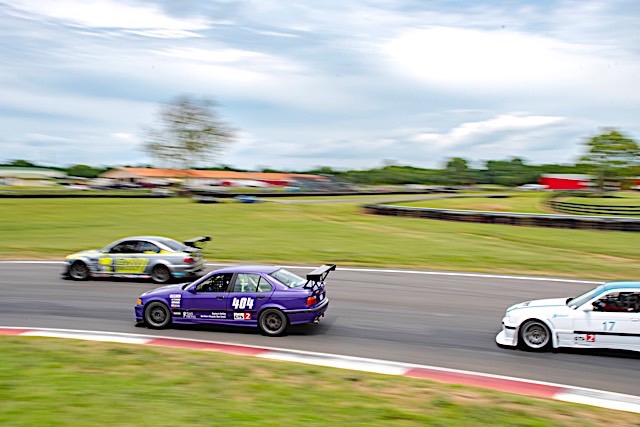 On top of creating content through the website and YouTube channel, Out Motorsports also host engagement opportunities with their audience. As mentioned before, these activities include a message board, a monthly Zoom calls, and in-person events. In fact, as Thiewes explained, “we’re hosting a two-day Rallycross an hour outside Washington, DC. It’s two days of racing in the dirt with up to 80-ish other queer car enthusiasts. People can bring their daily drivers or buy a $1,500 ‘Top Gear style’ car for our cheap car challenge. The theme this year is ‘orphaned makes and models’ that you can’t buy anymore.”

“I think we’re already taking a lot of great steps towards representing everybody,” said Longmire. “We have contributors of all kinds that represent parts of the LGBTQ family him and I can’t, as well as allies. We welcome anybody who wants to share their story to get run touch with us, as we also have a Humans of Out Motorsports series dedicated to sharing the stories of our audience. We are always open to new suggestions and ideas!”

Out Motorsports presented themselves, as such, with a fresh perspective rooted in their motorsports and enthusiast background. They also augment the work of other LGBTQ automotive content creators and journalists we also read and follow. It is a welcomed addition to our consumption of automotive content.

You can check out their site at https://www.outmotorsports.com. From there, you can link to their YouTube channel or follow their social media feeds.