Our Rides, Our Lives: A Brief History of Our Community’s Relationship with The Automobile

The rioters at the Stonewall Inn in the West Village grew tired of the police and their tactics that night. The New York Police Department were paid protection money by establishments catering to GLBT patrons to ensure no one would get arrested over the laws that made us less than equal to the rest of society. When we fought back that night, we used everything within our reach — including parking meters. 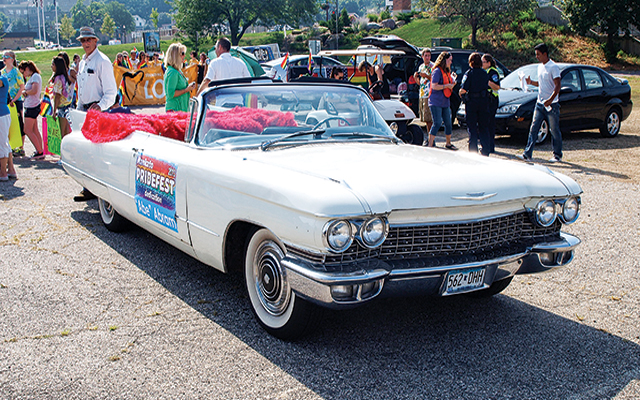 It is ironic that 46 years later, we would start discussing the history of the automobile in the GLBT community by talking about parking meters as a weapon of liberation.

On some level, the automobile has played a part in our history. They helped define our progress socially, economically and, to a small extent, politically. Though we began in urban enclaves where the automobile was not a primary source of transportation, they would help us expand our boundaries and allow us to express ourselves through mobility and freedom of expression.

One needs to be careful when discussing this piece of our history; it’s easy to fall into the trap of stereotyping, but on some level there is a kernel of truth when identifying vehicles that we embraced throughout our social history. Another factor is that the automobiles our community identified with do not fall on a national scale. Particular vehicles that framed our community in San Francisco or Los Angeles might not be as prevalent as they were in the Midwest or out East. 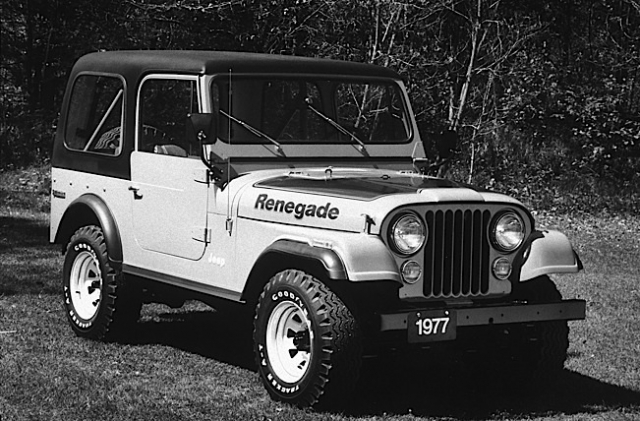 Yet, there were some automobiles that truly helped make our mark on GLBT social history that cut across regional lines. One such vehicle (the Jeep CJ-5) did start with a regional reference. Randy Shilts’ mentioned in a couple of his works about how GLBT enclaves were “invaded.” in the 1970s by newly out denizens and the transformation of these communities were driven by a “hypermasculine” air. Shilts did reference the Jeep as the vehicle that would drive this communal transformation.

The original SUV had been a fixture in our community for decades. They not only denoted “masculinity” in both men and women, but they also denoted freedom. The CJ-5 turned into the longer CJ-7 and into a few generations of the Wrangler. You not only saw them in gayborhoods or around any establishment catering to GLBT clientele, but you followed them to our vacation spots, from Provincetown to Guerneville.

It was not just Jeeps. You also found early short-wheelbase Toyota Land Cruisers in the mix on the West Coast. Between the Jeep and the Land Cruiser, you can remove the top and the doors for a truly open air experience — a complete invitation toward automotive hedonism that fit the early decades of our community’s development. 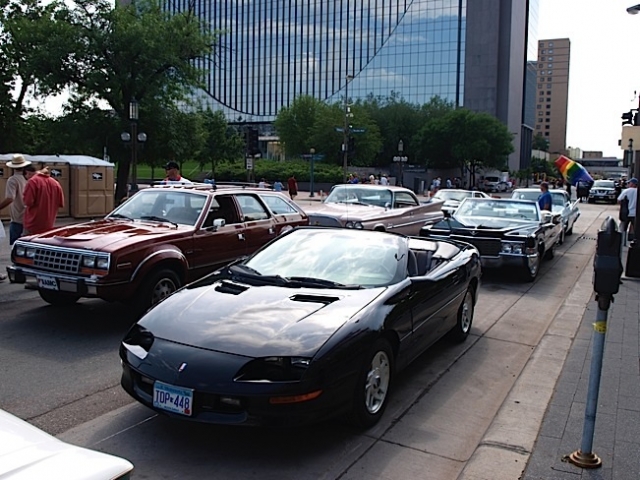 Luxury automobiles may seem stereotypical, but there is some truth to their presence. Older gentlemen drove around in these automobiles — mainly large American vehicles, such as the Cadillac Eldorado or the Lincoln Continental Mark IV/V, preferable in the “Designer Series” models — to show off their wealth to attract the ideal mate.

In the 1970s and 1980s, there were some regional differences in what we drove. Some of our community on the West Coast, and perhaps other parts of the country, had a fondness toward the Volkswagen Rabbit Cabriolet. In particular, if the car was purchased in an all-white color scheme: white exterior, interior, and convertible roof. This particular color setup was considered “feminine.” It was observed during the 1980s that it was very prevalent in several West Coast communities driven by both men and women.

In southeastern Michigan, no one purchased a foreign car during the time when the auto industry needed its support. GLBT people in the region mirrored this notion, though their preference of automobile was very particular. In a conversation I had with Jeff Stork, writer for Car and Driver online, Classic American magazine and GayWheels.com, he noted that we preferred the American personal luxury car as the vehicle of choice in that region. These vehicles would include the Ford Thunderbird and the Oldsmobile Cutlass Supreme, the latter being one of the best-selling vehicles in the late 1970s and early 1980s. 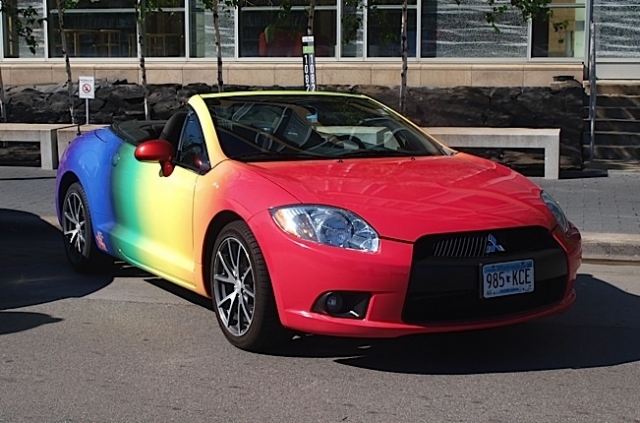 This is actually a fact about us. Though there are some vehicles that we call our own, our actual tastes do reflect mainstream society. For example, Saturn was among the best selling passenger cars of its time. Its introduction in 1990 sparked a new chapter in the American automotive industry in the way these cars were constructed and in the volumes these cars sold. GLBT people, like everyone else across the country, snapped up these plastic-skinned wonders as fast as Saturn could build them. Because they attracted a wide spectrum of buyers and were marketed to everyone who walked through the door of their stores, Saturns were known as “rainbow cars.” One particular market had a high ordinate number of Saturn owners in the GLBT community during the 1990s and 2000s: right here in the Twin Cities.

Our ownership of Saturns also revealed a truth about us. When one looked at the bear community about 20 years ago, there was a stereotypical image about the hirsute subculture that fostered a sense of masculinity, including truck or SUV ownership. The reality of the bear community was more ownership of compact cars than any other type of vehicle. Back then, bears were starting to gain traction economically as they became slowly integrated into mainstream gay/bi male culture. They had to start somewhere, and some compacts actually accommodated larger frames quite decently during the late 1990s and early 2000s.

Also during the 1990s, we began to see ourselves in positive and realistic images. This included automotive marketing and advertising. On a national scale, Subaru and Volvo created ad campaigns targeting GLBT audiences. As years went by, other manufacturers saw the benefit of inclusion not only outwardly to the marketplace, but within their own organizations. 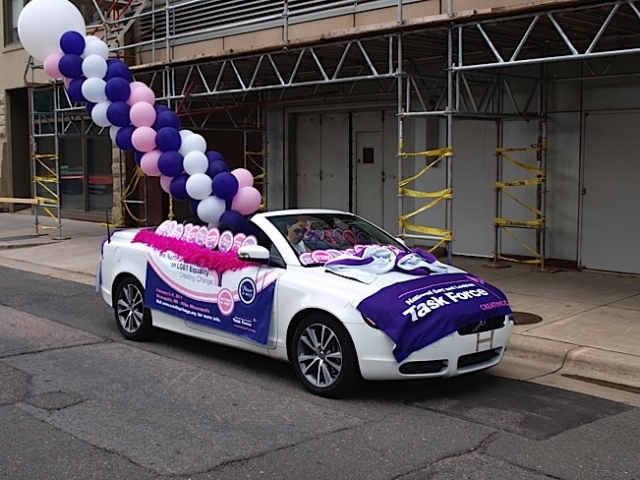 From inclusion and brand relationships came a high level of loyalty for certain brands. Some say that our community’s love for Subaru is more stereotypical than actual reality. Data does not exist on actual percentage of owners identified as GLBT for each particular brand of automobile. However, actual confirmation in the Twin Cities and Upper Midwest regional markets show that Subaru is a prevalent brand among GLBT automobile owners. If you ask any of us why we bought our Subaru, the top reason is not because others in community have one or the brand’s continual support of our community and our causes. People who bought Subarus found them to be right for their needs and lifestyle, plain and simple.

Sometimes, being inclusive would have its own challenges. Ten years ago, Ford was the target of an unsuccessful boycott by the American Family Association. Ford has been one of the most inclusive and friendly automakers in our country. Because they advertised in GLBT media outlets, sponsored Pride events and had policies extending employment protection and benefits to their GLBT employees, AFA targeted Ford with hopes the company would back down from their efforts. Ford refused and became a stronger company from this experience.

Ford is not alone in their efforts to reach out to our community, internally as well as externally. General Motors is a leader among automakers in both efforts, along with Volkswagen of America, Subaru of America, Fiat Chrysler Automobiles, Toyota Motor Sales USA, Nissan North America, and Tesla. You can also add Mitsubishi Motors North America to the mix, as well. 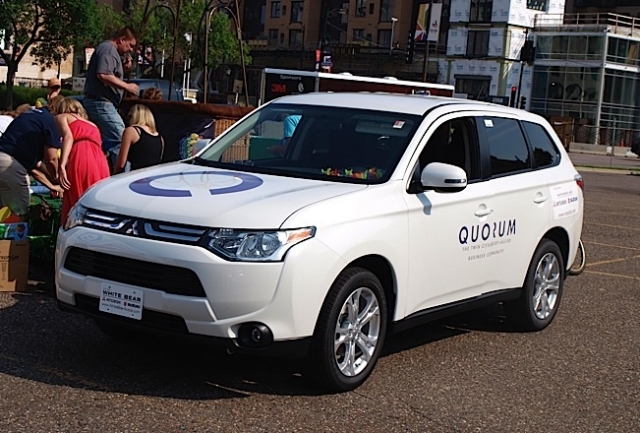 Today, our vehicle choices are as diverse as our community. Yet, there are some brands that hold true to our values. We no longer are in liberation, but our fight continues to gain traction across the country. In terms of our consumer power, it has never been any stronger. It is reflected on what we drive today.