It’s What’s On The Inside 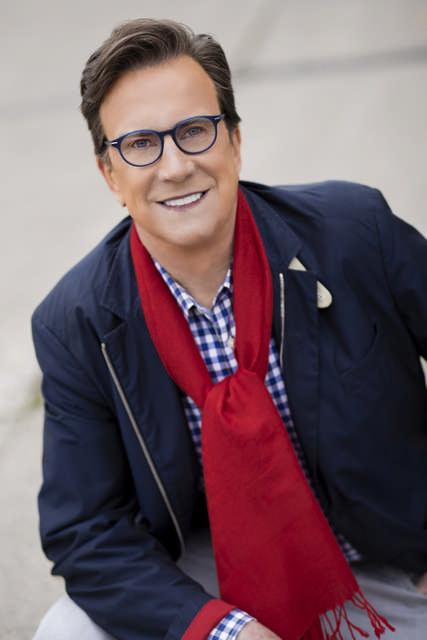 Minneapolis-based interior designer Billy Beson has made a name for himself on both a local and national stage. Photo by Becca Sabot

Billy Beson Company works with its clients to provide personalized, quality spaces with an emphasis on detail. Beson says they often collaborate with architects or provide architecture services on their own.

“We specify moldings, design kitchens, bathrooms, bedrooms, living rooms, and we do everything that goes into creating a house,” he says. “From bed covers, window treatments, fabrics, and materials, right down to dishes, sheets, and towels if the client wants us to do that.”

Beson says the majority of their projects are for multi-million dollar homes, but he is a firm believer that everyone deserves good design, regardless of budget. Beson does a lot of public speaking, including radio shows and HGTV, where he offers advice for people who are looking for high-end designs without the high-end price tag.

“Luckily, with the internet and cheaper stores, there is something for every price level. Anyone can get good design at a rate that they can afford, and I help them work through that process,” he says.

In addition to this, Billy says he keeps another philosophy in mind when designing any interior. Beson says he always keeps in mind that he’s designing for someone else’s tastes, not his own.

“It’s not about me and what I like or don’t like, but it’s about taking the client’s style and taste and funneling that through everything they do—give them the perfect environment, he says. “No two houses are at all alike because no two people are alike.”

“I don’t really know why we don’t have many GLBT clients, other than they want to do it themselves. Most GLBT community members have a flair for what they want, and with resources available through the internet and other GLBT resources, they have the ability to do it themselves,” he says. “Typically, we do multi-million dollar projects that take years to complete, and no one could really do those themselves because it’s such an overwhelming process. Many GLBT community members enjoy doing smaller projects on their own.”

“When I was younger, the gay community was one of the hardest hit by AIDS, and the industry has transformed. It was fun, and we went out at night, but then one by one they left us,” Beson says. “I think going through that experience has really gotten me involved in raising funds for GLBT groups. I was a fundraiser for a group called Park House, which was developed for caregivers of people living with victims of HIV/AIDS to give victims a place to go during the day so their partners could go to work and not have to be a full-time caregiver, which can be very draining.”

Beson’s presence in the GLBT community is reflected in the work he does, from his work with Park House to his unique approach to interior design. As Beson continues to follow his passion for interior design, he says he has advice for others looking to get into the industry.

“I learned when you get out of school, hopefully what you’ve been trained to learn inside the profession is valuable. The program is much better now than when I was in college, but I suggest getting an internship or college job at a design firm or working with Restoration Hardware to see if you have the talent for it and to see if it’s actually something you want to pursue for a lifetime career,” Beson says. “We do offer an internship program, which moves at a very fast pace, but it’s already full for this year with limited time and space. Our business is very complicated, and being the scale that it is, by the time interns learn what they need to know, they have to go back to school.”

Though Billy Beson Company offers limited internship opportunities, Beson says it can be beneficial for interior design beginners to work in places like Pottery Barn or Ikea just to immerse themselves in the industry.