In this work, we are introduced to the automobile in many different ways. I would normally interface with a person at the manufacturer or supplier, talk about the vehicle, drive it and that’s it.

There are occasions when automotive retailers are involved in this work. I do not just normally work with any dealership, but I work with ones where we feel a connection through their community-based efforts and outreach. 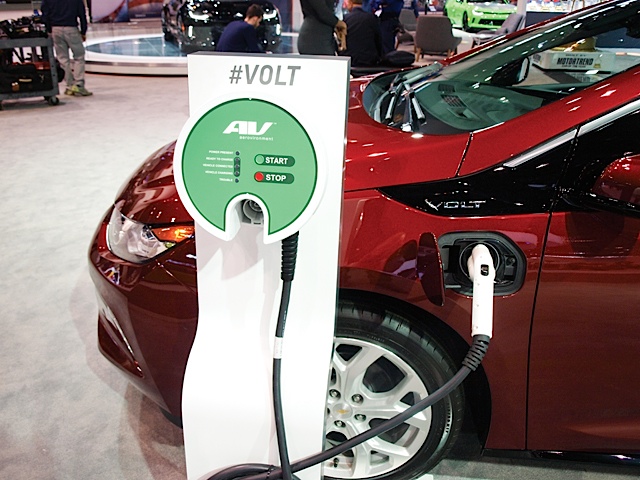 The email came from Roseville Chevrolet for us to look at their newest electrified vehicles: the Volt and the Bolt EV. Normally, any discussion with such vehicles usually originates from the people at Chevrolet and would require me to go to Chicago, Detroit, Los Angeles, or Washington, DC for either vehicle. However, we are having this discussion right here in the Upper Midwest, in particular, the Twin Cities. This is important to note because of the nature of plug-in electric vehicles and the argument for and against them in year-round use in our climate.

The latter statement is becoming a moot point, thanks to the growing and significant number of owners of Tesla automobiles in our region. If one can afford to purchase such a vehicle, is able to set up a charging provision at home, and can utilize the network of charging stations across the country, then they have proved the naysayers wrong.

General Motors is ready to do the same and prove those who are not keen on EVs wrong. They have done so through a two-vehicle strategy by emphasizing longer range either through a combination of electric and gasoline power or strictly through electric energy. The compact four-door hatchback Volt is in its second generation with its extended range electric propulsion system enhanced for more electric-only range, resulting in an improved combined range with gasoline being used as fuel after the electric charge is empty.

The Bolt EV is the second vehicle and perhaps the most important for this electrification strategy. GM has already announced that this city-car-sized four-door hatchback can reach 238 miles on a single charge, a range that puts it in Tesla territory. Because of this feat, along with other innovations and characteristics, the Bolt EV already earned Motor Trend‘s Car of The Year for 2017 and the North American Car of The Year, along with other accolades from the Green Car Journal and Car and Driver. 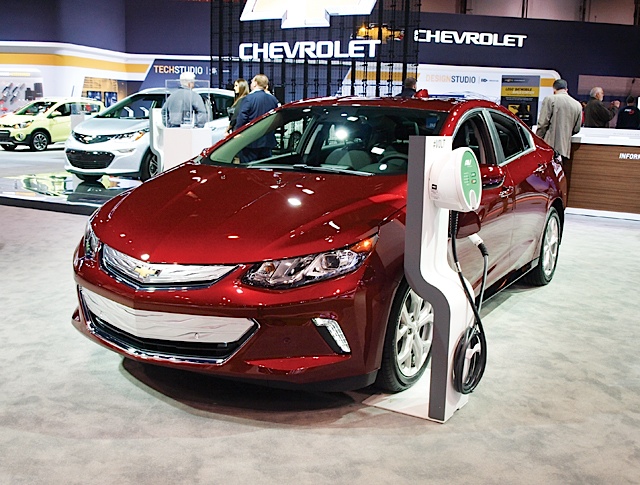 While we will see the Bolt EVs at the Auto Show, there are plenty of customers who are being patient to receive their own Bolt EV. Others might be looking for something sooner. There are a few choices consumers in the Upper Midwest may consider: the Tesla Model S and X, Nissan Leaf, and the Ford Focus Energi, for example. There are also a few plug-in hybrid models that are out there to check out, including vehicles from Ford, Hyundai, Toyota, Audi, Porsche, and BMW, to name a few.

Then, we have the Chevrolet Volt. This innovative car has been with us since 2010, enabling battery power to run the vehicle initially, before the gasoline-fed generator kicks in. This is an extended range electric vehicle that can seat four people and offer hatchback convenience. In electric mode, Chevrolet states that the battery will run dry in 53 miles. With the Range Extender motor, the total possible range in the Volt is 420 miles.

The last time we had the Chevrolet Volt was in 2011. It seems like a good time to revisit this innovative car.

There is a lot to like about the newest Volt. Our 2017 LT tester felt lighter than the original model we tested six years ago. It is also more attractive with a smarter looking interior. The feedback one could give the new Volt is that it is more aligned with the rest of the Chevrolet lineup; it looks and feels more “normal.”

The electric motor offers instant torque for up to 53 miles. It provides traction down to the front wheels only. Once the battery is drained, power is transferred to a new 1.5-liter Range Extender. The power transfer is seamless; you do not feel a thing! You do feel the Range Extender. It is a lively motor that propels the Volt with ease. 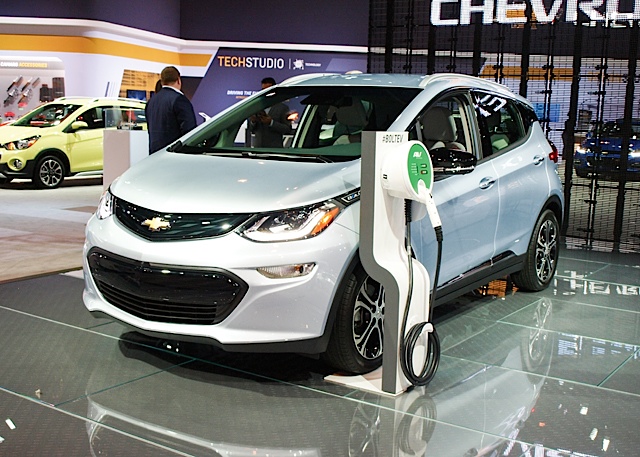 These two vehicles are a perfect example of what car companies can do when they put their minds together in living toward a life away from the gas pump. The Chevrolet Bolt EV is a great solution that is more attainable than most other solutions and fits perfectly with the urban lifestyle. We would not be surprised if we would see the Bolt EV out in the suburbs and beyond. The 238-mile range is indeed a great selling tool.

But, for those looking to go electric yet want a greater range and access to a gas pump, the Chevrolet Volt is a great solution for everywhere, both in town and away from it all. You also get it all: an EV to start off, lending to more gasoline use for longer trips.

Either way, all it takes is a plug. Though Chevrolet will provide you with one to plug into a 110-volt outlet, there are plenty of charging stations around our region to keep you moving. These include the QuickCharge stations for Level 3 charging that will cut down the time of recharging the battery. Most stations are actually Level 2 (220-volt charge) and are found commonly in certain public ramps, grocery stores, and shopping centers.

Chevrolet is on the right track toward providing plug-in electric vehicles at a more attainable price point. They are easy to operate and maintain, along with normal operational functions. That is all it takes to consider going electric: making it accessible to all of us.