Down on the Farm with the Beekman Boys 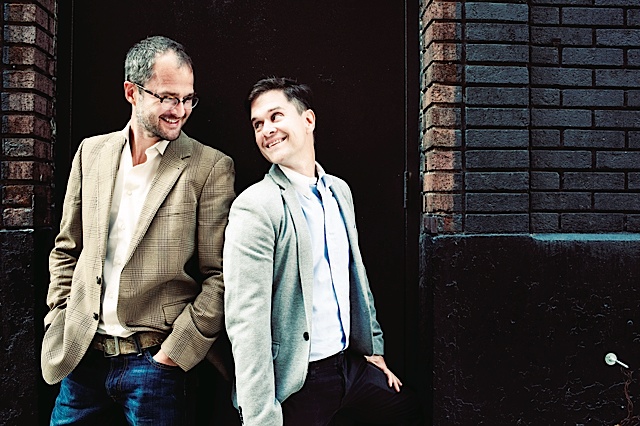 Who are the Fabulous Beekman Boys?

Short answer: Two city guys who bought a farm. They’ve got a herd of goats, a llama, and a whole lotta drama. Farming isn’t easy, but they make farming fabulous.

Long answer: The two have turned their journey together into an entire lifestyle brand, Beekman 1802. Following a TV show, mercantile business, bestselling cookbook and memoir, and turning their farm into a tourism destination, the Beekman Boys show no signs of slowing down.

When Josh Kilmer-Purcell (advertising executive and NY Times Bestselling author of I Am Not Myself These Days) and his partner Brent Ridge (physician and former Vice President of Healthy Living for Martha Stewart Omnimedia) purchased the historic Beekman 1802 Farm in 2007, they had no idea that it would launch one of the fastest growing lifestyle brands in the country, according to Nasdaq.

“We both grew up in rural locations,” Brent says. “Josh grew up in Wisconsin and I grew up in North Carolina. We each made our way to NYC to start our careers, but found ourselves yearning for the dirt again.”

In 2006, these city-slickers-gone-country bought the historic Beekman Mansion and 60-acre farm in Sharon Springs, NY. For a while, Brent lived at the farm full-time, honing what would become the lifestyle brand Beekman 1802, named after the year the farm was built, while Josh commuted from their apartment in New York City on the weekends. 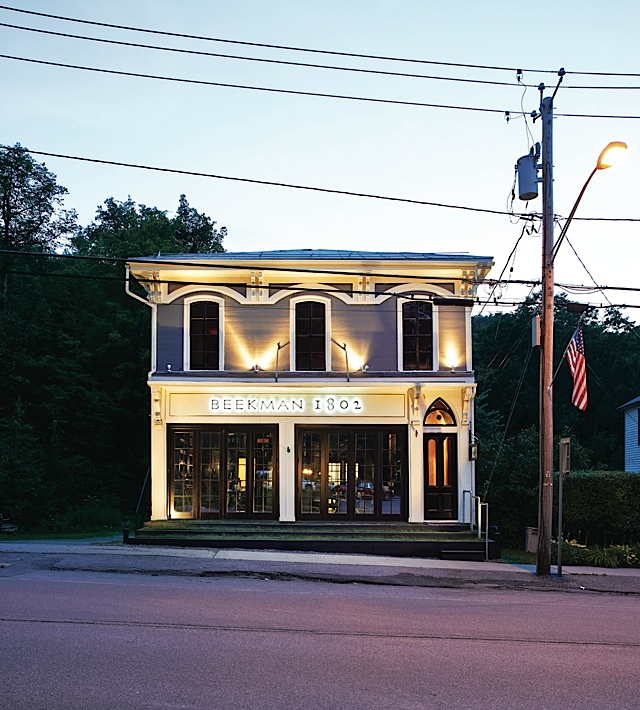 The store and its wares. Photo courtesy of Brent Ridge

Originally just a weekend getaway from their hectic New York City lives, the farm became their lifeline after both men lost their jobs within one month of each other during the recession of 2008. Faced with possible foreclosure, the pair made a decision – if they were going to save their farm, they would have to make it profitable.

That’s when their neighbor approached them looking for a place to keep his goats. They made a deal with Hall and started producing soap from the goats’ milk. The soap was a hit. That was the start of their lifestyle brand, Beekman 1802.

Brent says, “It took us five years of living separately and working outside jobs until we got to the point that we could both work full-time at Beekman 1802.” (A little thing called The Amazing Race also helped by paying off the mortgage on the farm when they won.)

As other neighbors taught them how to farm, Ridge and Kilmer-Purcell shared their city-honed skills – starting a website and Mercantile. Turns out, Brent and Josh do quite well in the farming business. Their entire farm is run by the two of them and Farmer John, who oversees all of the animal husbandry while the Beekman Boys manage the grounds and gardens.

“When we started we were interested mainly in growing our own food,” Brent says. “But as we started to develop products from the farm (cheeses, skin care products, etc.) and realized how difficult it was to sustain a living in a rural and predominantly agrarian locale, we began to figure out ways that we could work with neighboring farmers and artisans to create a collective. That is essentially what started our company.” 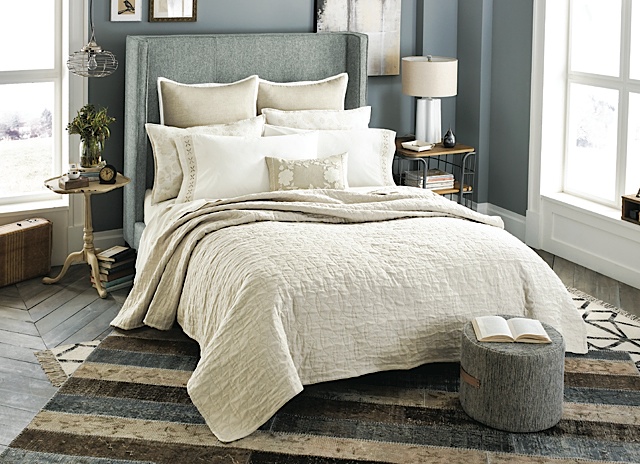 Soon the world was paying attention to this real-life Green Acres. A television network launched a reality show about their effort – The Fabulous Beekman Boys (on the Cooking Channel costarring the goats and their pet llama, Polka Spot) – which spread the Beekman message of hard work, living seasonally, and neighborly sharing around the globe.

Their farm was built by a gentleman named William Beekman in the year 1802. The source of his wealth came from owning the largest mercantile in this area of upstate New York (the entire area was once known as Beekman’s Corners). This legacy plays into their lifestyle brand. When conceptualizing and designing new products for Beekman 1802, Brent and Josh often think about the type and the quality of goods that William Beekman would have had in his original store, trying to focus on creating things that are of “heirloom quality” — the way they used to be made.

Down the street from their sprawling farm is their flagship home store,  Beekman 1802, which sells their trademark soap, a pasta sauce called Mortgage Lifter (25 percent of the profits goes to small farmers to help them build their businesses), honey, and crafts made by local artisans.

The two have managed to meld their urban sensibility and rural aesthetic in every aspect of the lifestyle category: food, beauty, clothing, garden, and home design. They’ve published several successful cookbooks, and have a new one called The Beekman 1802 Heirloom Vegetable Cookbook celebrating the best of the backyard gardens. 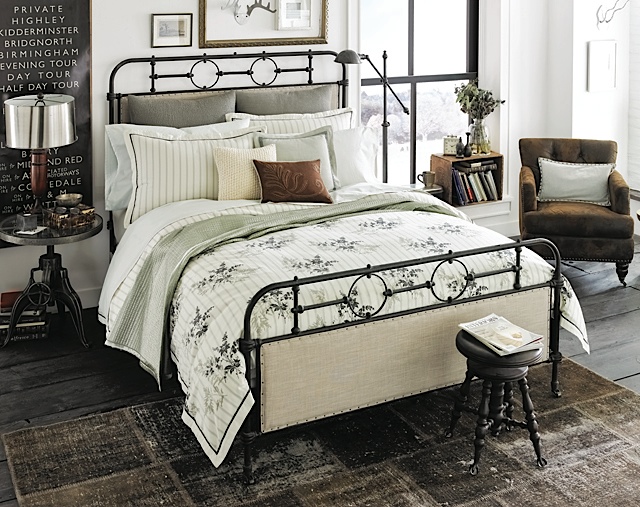 Mixing family and business doesn’t seem to matter much for the couple, who married in 2013. Despite being together 24/7 (quite literally), Brent says they’re fortunate that they really like each other. “We get up together, do chores together, go to work together and then come home and go to bed together,” he says. “One of the keys to the success of our business and personal relationship is the 51 percent rule. For any major decision, one of us is granted 51 percent of the decision-making process. While the other can express his opinion, if there’s an impasse the one with 51 percent gets the final say.”

The rule has served them well, as they just launched a bedding and furniture collection with Bloomingdales and their first style book comes out this September. Later in the year, Brent says they are announcing a fantastic collaboration with Target to develop a line of exclusive organic food products that carry a mission to give back a portion of profits to supporting small farms in America.

With two stints on reality TV, the Beekman Boys have their share of the public’s attention, but it was never an important part of their brand. “We started Beekman 1802 and never really factored in or entertained the thought of reality TV,” Brent says. “Of course, The Fabulous Beekman Boys has been a wonderful way to let people see the wonderful group of people that we work with and live around. The farm and our surrounding community serve as the inspiration for nearly everything we create. We have our flagship on Main Street not far from where Beekman had a store, and we have conducted two pop-up store experiences, our most recent one was in Manhattan’s East Village over the holidays.” 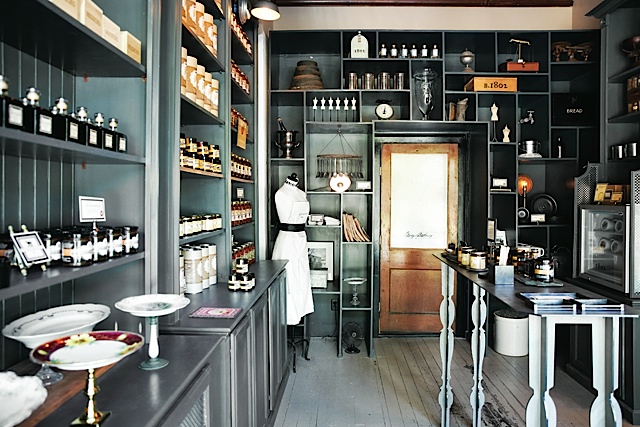 Through conversation and their time on the show, Brent and Josh drill home the idea of community and reaching out to others. Beekman 1802 has proven that a farm can be much bigger than its fences.

“Moving to Sharon Springs really made us realize the importance of community and inter-connectedness,” Brent says. “As citizens of a modern world all of us are used to spending so much time behind our computer screens. We’ve forgotten how important actual interaction and co-dependence can be.”

Moving from the city to the country hasn’t changed life for them too much, however — just gave it meaning. “We were men married to our careers then and we are men married to what we do now,” Brent says. “The difference is that we’ve found a greater purpose in how we spend our days so that ‘work’ doesn’t actually seem like work at all.”

Catch up with the Beekman Boys at their flagship store, online, or during their appearance at the Minneapolis Home + Garden Show on the Lifestyle Stage February 26 and 27. For more information, head to www.homeandgardenshow.com.