Celebrating 30 Years of Care from Clare 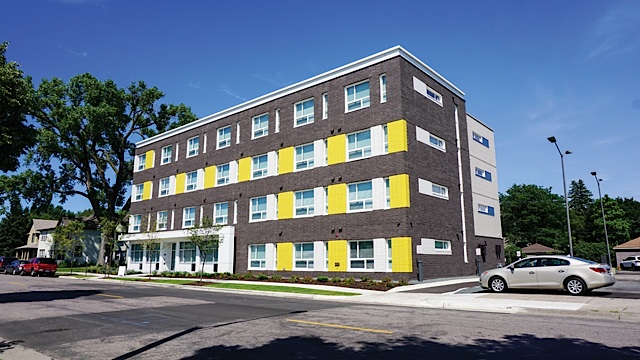 Imagine being sick because of a virus that has no cure, a virus that has opened the door to infections that are slowly killing you. Now imagine the medical professionals who are supposed to care for you are afraid to touch you. That’s what it was like for men and women living with HIV in the ’80s, the early days of the HIV/AIDS epidemic.

As Maureen Wells, one of the longest-serving HIV case workers in the Twin Cities, recently told us in an interview, “Nursing homes were afraid to take people back then. Only one or two would take people with HIV, but they weren’t necessarily that good.”

Unlike today, at that time an HIV diagnosis did not bring with it much hope. Many developed AIDS and found themselves needing to be cared for because of opportunistic infections. As a response, friends, family members, and communities banded together to create the first AIDS care homes, including Clare House, the home which would one day become the Clare Housing that exists today.

Clare House got its start thanks to a number of passionate community members affected by the illness in different ways. All were inspired in unique ways to do this work. For many founders, their interest was very personal. For Kathy Hanousek, one of the founders of Clare Housing, her involvement started with a promise made to her brother John, who passed away in her arms due to complications of AIDS. 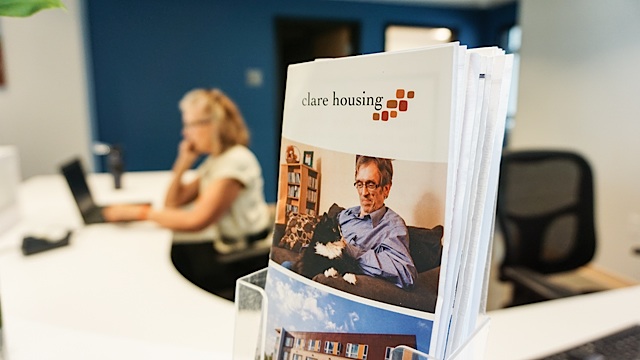 Before John died, Kathy promised him that she would create a care home for people like him, so no one would have to struggle and pass away alone. Kathy soon connected with others who had been affected by the illness and were inspired to take action including Sister Kathleen Manahan, Sister Anne Elise Tschida, Rhonda Lundquist, Cari Trousdale, Carol Roeller, John Estrem, and many, many others.

A turning point for Clare Housing and other AIDS care homes occurred in 1996 when a new class of drugs called protease inhibitors became widely available. Prior drug treatments, including AZT, were harsh on the body, in ways not unlike chemotherapy, and many survivors who took those early drugs suffer yet from side effects today. These new drugs were different though, and people began to get better without the damage of debilitating side effects.

Suddenly people were leaving the AIDS care homes on their own two feet. There was no cure, but there was finally a real, viable treatment. HIV was no longer a death sentence, but a treatable chronic illness. The needs of people living with HIV shifted as the prognosis improved. Although many people living with HIV are able to live normal lives with the help of medication, for many there are significant barriers to taking that medication. It’s because of those barriers that Clare Housing has evolved to help address the challenges that prevent people from accessing treatment. 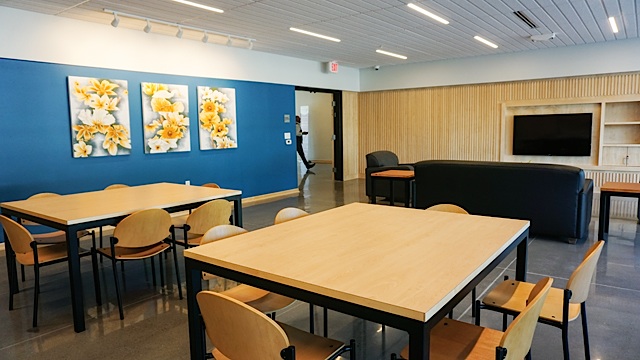 The biggest barrier for many is homelessness. Taking control of your health when you’re living with HIV means the ability to access medication, as well as the ability to take them consistently. People who are experiencing homelessness simply have different priorities, like where they’re going to sleep each night. As Mariah Wilberg, a current Clare Housing board member and former homeless youth, explains, “It’s hard to care when you’re homeless and in survival mode.”

Still others deal with a multiplicity of medical challenges in addition to their HIV. One Clare Housing resident, for example, deals with not only HIV, but also pancreatitis, and brittle bone disease. Still others deal with issues including neuropathy, Parkinsons, mental illness, and substance dependency.

And so in the years after the advent of protease inhibitors, it became evident that there was still a need for Clare Housing, but that the nature of that need had changed. Instead of what for many was hospice care, people living with HIV needed a spectrum of housing supports depending on the challenges that prevented them from taking their medications consistently—from 24/7 staff support in a traditional care home setting, to independent, affordable housing with access to a case manager. 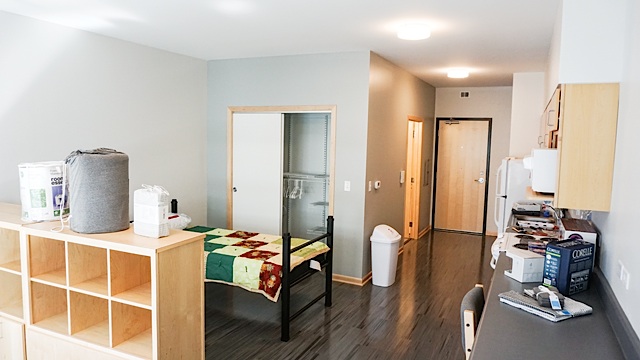 One of the most powerful things about being undetectable is not only its positive impact on health, but also on the ability to transfer it to others. Today, remaining in treatment and adherent to your medications means undetectable = untransmittable. This new revelation in the world of HIV offers an unprecedented opportunity to improve the lives of people living with HIV, dismantle HIV stigma, and underscores the importance of universal access to treatment and care for all people living with HIV. The work Clare Housing is doing plays a critical role in stopping the HIV epidemic, but only if more people have access to healthcare and housing. At the moment, Clare Housing’s waiting list is up to 347 people.

Clare Housing’s mission is to provide a continuum of affordable and supportive housing options that create healing communities and optimize the health of people living with HIV/AIDS. What does Clare Housing mission mean to its residents? For many it means hope. As one Clare Housing resident likes to say, “Clare Housing gave me back my future.” This thread of hope echoes through many of the personal stories of residents. 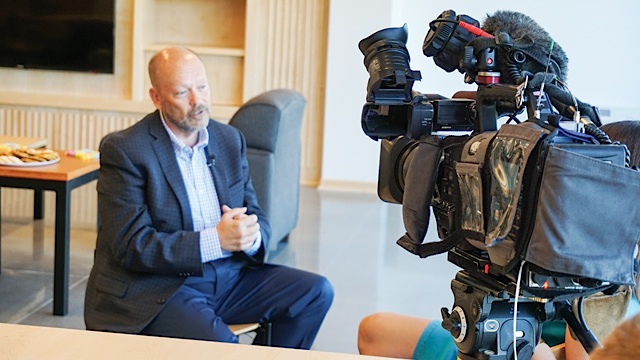 For one it meant being able to go back to school to start a new career after years of homelessness. For another it meant being able to be open about falling in love with her best friend, another woman, when the staff at her former nursing home made it clear they were not comfortable with their relationship. For the families who find a home at Clare Housing, it means being able to offer a safe home for their children, as well as being able to keep viral loads down so the virus cannot be passed to a partner, or an unborn child.

Clare Housing has been providing home, health, and hope to people living with HIV for the past 30 years. “We hope for a cure, but we won’t wait for one,” says Executive Director Chuck Peterson. “Because we know the work we’re doing can end the virus if everyone can have equitable access to housing and healthcare.” You can celebrate Clare Housing’s 30 years of care on Sept. 21 at their A Place to Call Home, Annual Fundraising Lunch. Learn more at clarehousing.org/lunch.