A Beacon In The Automotive Business 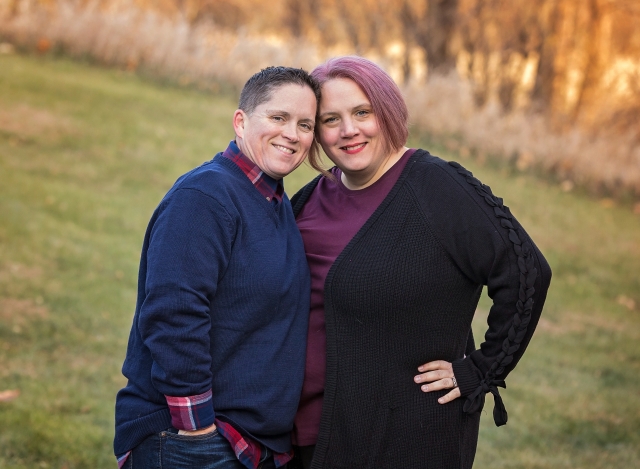 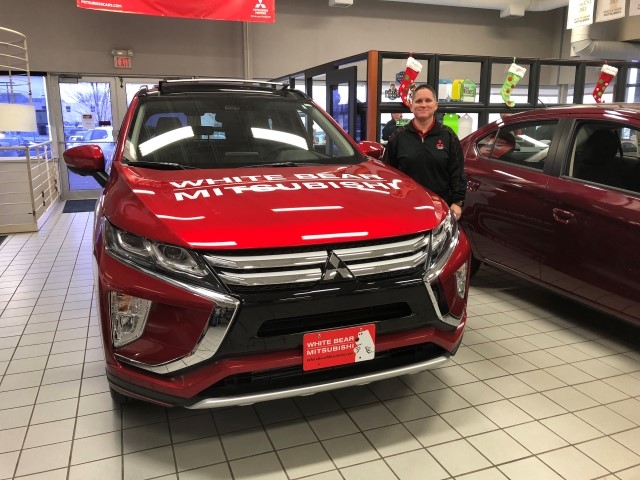 There is a perception of the automotive business that it is male-dominated and heteronormative.

However, that perception is changing. More women and GLBT people are now a part of the business. Both segments are growing within many sectors of the business, including local retailers and service businesses. You can witness this movement across the Upper Midwest.

Among the people who are driving the growth in GLBT presence at automotive retailers is Nancy Miller, a sales consultant at White Bear Mitsubishi in White Bear Lake, Minnesota.

In fact, Miller is one a few out women in the business. She is also the most visible out woman in her position in the Twin Cities. You may have seen her whenever White Bear Mitsubishi is out in the community. You may have been a customer of hers.

We had the opportunity to interview Miller to see how she has made an impact in the automotive retail business as an out woman in our community.

Prior to coming to White Bear Mitsubishi, Miller was a pastry chef for 20 years. Then, she met the store’s general manager Richard Herod III through the Marriage Amendment campaign back in 2012.

“He wrapped my car with a big ‘Vote No’ [decal],” said Miller, “and I drove it all over Eden Prairie. It was probably the only one in the city. It was great to do it and to get to know him that way, and we did a couple of caravans around the city and stuff like that together.”

Sometime after the campaign, Miller was at a local auto retailer when she had an epiphany.

“I was sitting at a dealership that I don’t work at currently,” explained Miller. “Looking around and hated my current job and thought, ‘I could do this. I talk to people. I drive cars. That sounds awesome.’ ‘Cause I’ve talked to people. I’m from the South. That’s what I do.” Miller began exploring a career path that would eventually lead her into the automotive business. 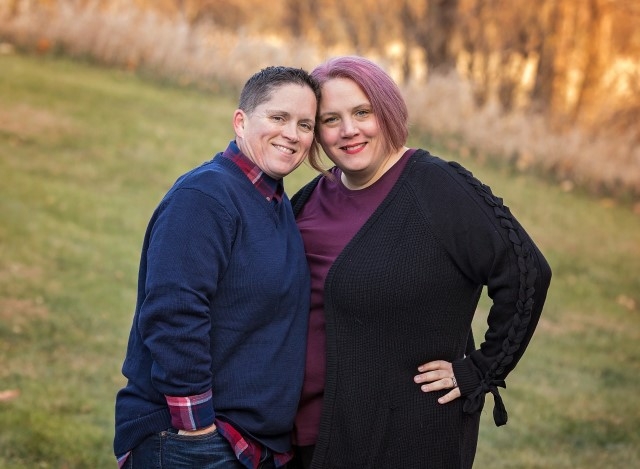 Miller would be in contact in Herod through this initial process. After she had an interview with another car dealership, Miller and Herod were already in contact with each. He later reached out to Miller to debrief. Miller explains, “[Herod] goes, ‘How about you come by White Bear Mitsubishi and see what we got to offer? I need more of a female presence. I definitely want a bigger [GLBT] presence.’ Being that he’s out, too. I stopped in the building, and it felt like home, and that was it.”

“I have an awesome family,” explains Miller. “I have an amazing wife, Danielle. We have four teenagers together. They’re 14, 15, 16, and almost 17. They’re great kids. Three of them are in high school here at Eden Prairie. One’s in middle school still. They’re solid. They keep me grounded. They’re awesome. They’re awesome, and my wife’s pretty amazing, too.”

With her family in her corner, Miller strives to succeed in this male- and heterosexual-dominated business and vocation. But, how does she succeed? Miller further explains, “You know what’s really cool about my job is that I get to talk to people, and I get to know them over the two, three, four hours that it will take to buy a car. Let’s say they’re a member of the [GLBT] community. I get to learn about their families and their friends. Next thing you know, one of their friends come in looking for me because I think as [GLBT] community members, we’re used to walking into a dealership and not seeing anyone like us. People walk into the dealership, and to see a face that looks like them, puts them at ease. It makes it car buying a little less stressful, which is why I think they will send their friends and their family to see me because I’m not gonna judge them.”

“It’s just fantastic to help them out and help it not be as stressful as car buying can be,” said Miller. “I have a unique opportunity at White Bear… to be able to be the only out woman working there. It’d be really cool if there was another one, but right now, it’s just me, which is fine [because] I’ll take all the family I can get that walks through the door. I love helping them out, and I love getting to know their stories and hearing about when the Marriage Amendment and stuff from other families. That’s really cool, to hear their story about how they got to get married, and I get to talk about mine. I talk to all of my customers about my family. I have a picture of my kids and my wife at my desk, and so I am very open about everything.” 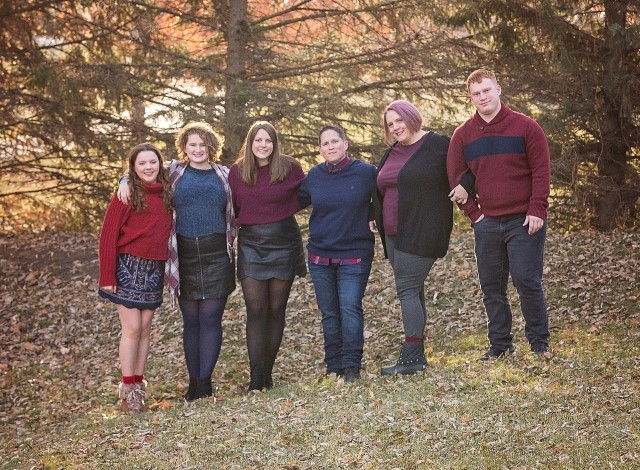 There are a number of GLBT automotive retail professionals in our region—and that number is growing. We asked Miller what advice she would give anyone entering into the business.

“Just be yourself, honestly,” Miller explains. “Obviously, you have to have the support of the people behind you, your management, but to just be who you are, people will figure those things out. They’re [going to] figure out you’re just like them. You’re just a person when it comes down to it. We’re all the same, really. We all bleed red. I think that people need to realize that we are pretty much all the same. We just have different things that we do for fun. At home, our families might be a little bit different, but we’re all the same when it comes down to it.”

Consider her success in her current position, Miller is looking towards the future.

“I [want to] be one of the managers,” said Miller. “I [want to] help run that place one of these days. I’d love to be able to have the opportunity at some point, not today, not tomorrow, but at some point, to help run that place. I’d love to be the [general manager] there. I think there’s a great team, and I’m really good at putting out fires. I think it’d be advantageous to have me in that kind of a position.”

As it stands, Miller is one of the few out women in the automotive retail business. Which means she can be a beacon for our consumer base when it comes down to selecting a new vehicle. However, Miller is also a beacon for others looking to pursue a career in this business. If you are already in automotive retail—or, are looking for a new vehicle—connect with Miller. You know where to find her.