A Word In Edgewise: Scholem Asch in the Bardo 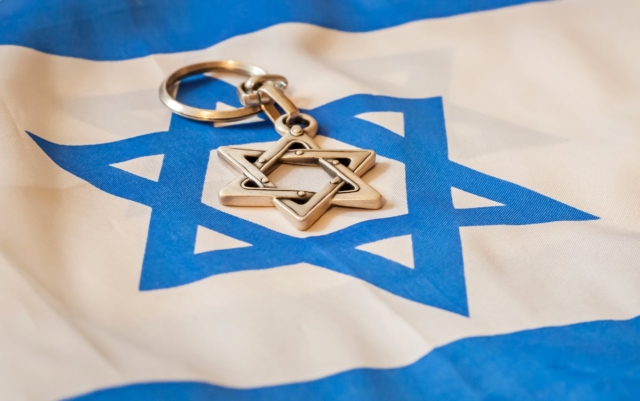 Paula Vogel’s Indecent was conceived in 1906, when Scholem Asch penned God of Vengeance. The furor it caused in 1923 reverberated through time into the hands of Vogel and co-creator Rebecca Taichman, who each had read it earlier, and had remained enthralled. After years of Taichman mining archives, countless discussions, and Vogel’s 42 drafts, Indecent was fledged.

Vogel conjures Asch’s long-dead actors to wake, shaking dust from their clothing as they rise to interpret Vengeance’s story. From 1906 to 1952, they career about from Poland to New York to Lodz Ghetto and back to Staten Island, home now to the embittered Asch, through fragmented “blinks of time,” backlit tableaux, shifting languages, multi-cast actors, and three musicians.

First produced in Berlin in 1910, God of Vengeance played to great acclaim throughout Europe; from about 1913, it thrived in the States—in Yiddish. In 1922, it graduated from bohemian Greenwich Village to Broadway’s Apollo Theatre—in English translation. Six weeks later, the vice squad descended, the play was shut down; attorney Harry Weinberger, director and attorney, Rudolph Schildkraut, noted Jewish immigrant actor, the Apollo’s owner, and entire cast indicted on charges of “unlawfully advertising, giving, presenting, and participating in an obscene, indecent, immoral and impure drama or play.”

God of Vengeance concerns an observant Jewish couple, determined to guard daughter Rifkele’s purity until she’s married off to a respectable Yeshiva student. To this end, father Yekel has commissioned a lavish Torah scroll to gain respectability. Yekel, however, runs a brothel in their basement, and wife Sarah is an ex-sex worker. Daughter Rifkele shuns marriage, is drawn instead to Manke, one of Yekel’s workers. This pair give Broadway its first lesbian kiss, and, in Asch’s original script, they shared a sensuous, rhapsodic scene clinging together under a soaking rain. Afterwards, Yekel discovers Rifkele downstairs and in a paroxysm of rage desecrates the Torah scroll, hurling it down. Rifkele is no longer pure, probably not because Yekel recognizes the girls’ relationship, but because Rifkele has trespassed, crossing the boundary separating the decent from the indecent.

Written when Henry Ford was labeling Jews “un-American,” when immigration laws were tightened to stem the floods from Eastern Europe, and pogroms were rife, Asch’s tale of flawed, human Jews, made Jewish viewers fear increased antisemitism. Asch’s Indecent character questions, “Why must every Jew onstage be a paragon?” To which another replies, “This is not the time. You are pouring petrol on the flames of anti-Semitism.”

While the lesbian kiss remained, the lyrical rain scene which Vogel makes central to Indecent was cut. Her spirited actors complain vehemently; this violation implies Manke has only the sordid motive of recruiting Rifkele for monetary gain. The historical judge McIntyre did not mention lesbianism, but pinned the “obscenity” on the desecration of the Torah scroll, explaining it is “as sacred to Jewish audiences as the Host is to Roman Catholics.” Was Vengeance’s obscenity the lesbianism, or its inherent Jewishness?

Vogel reinstates the rain scene in several iterations, noting in an NPR interview, “Believe it or not, it’s actually the purest love scene I’ve ever read, akin to Romeo and Juliet. And that [was] an extraordinary, radical act, not only for 1907, but I would say for 2017.” Vogel celebrates the womens’ pure love, the vibrant, vanished Yiddish culture, the fragility of one’s place in time. Dust falling from the dead actors’ clothing evokes ash from concentration camp crematories; the falling rain redeems, affirming the endurance of art and love.

“I don’t think of this as a grim play,” Vogel responded in a 2016 interview before Indecent’s initial Vineyard Theater production. “I think about it as a love story in terrible times. If we love music and theatre and the arts, if we take solace in people sitting beside us in the theatre, if we do what is in our hearts, I think there is light for us. I think the power of us being together in a community gives us light through the darkness… I think the power of art is the power to wound our memory. I think the power of art is a way for us to change our world view. I think art is our spiritual bread that we break together.”

Indecent plays at the Guthrie through March 24.