A Word In Edgewise: A Good Man Is Hard To Tell 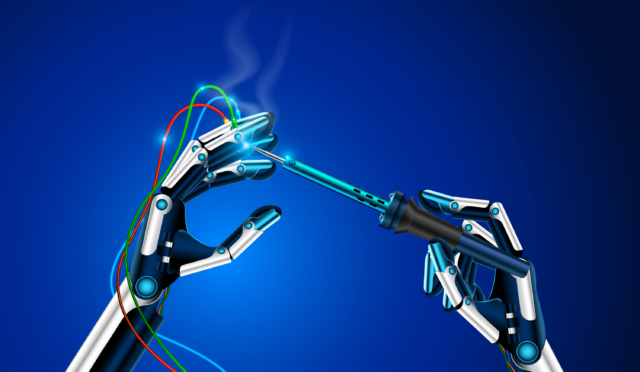 From middle school on, I read science fiction, but somehow, though I did read two of this prodigious author’s autobiographical tomes, I neglected Isaac Isamov’s fiction; the iconic Caves of Steel, Foundation series, et al. Only recently, I picked up a copy of I, Robot (1950), a collection of stories concerning humans dealing with the cognizant nonhumans they created and possessed, conflicts and problems arising in physical, chemical, ethical realms. Especially, as the latter evolved emotionally and intellectually, the ethical.

I, Robot is Asimov’s nine-story amalgam of tales he originally published in Super Science Stories and Astounding Science Fiction, framed by narrator Susan Calvin, Chief Robopsychologist at U.S. Robots and Mechanical Men, Inc. who relates them to an interviewer. Calvin’s life work has been the study of aberrations in robots’ positronic brains, most of which happen when a unit confronts breaching one of Asimov’s three rules of robotics (look them up). Born in 1982, Calvin has just turned 75, so they’re chatting in 2057.

Within this patchwork, Asimov skillfully explores the problems, jealousies—racism—flaring between the human and the unhuman. Unlike robots, people are under no prohibitions against harming or destroying whatever they feel threatens them, while the robots, bound to protect humans from harm, Jesuitically interpret what defines “harm,” continually turning the three laws to their advantage. From “Robbie,” contrasting a little girl’s love for her robot nanny and her mother’s jealousy, to “Evidence” wherein Stephen Byerley, an undetected humanoid robot, becomes World Co-Coordinator, Asimov probes the boundaries of humankind; has the flesh-and-blood version run its course?.

I encountered Asimov at the Boskone science fiction convention in 1974, two years away from the Voyagers’ launchings, 16 from Hubble’s glorious debut. While I, Robot woefully underestimates Earth’s explosions in population and inflation—1950’s 2.5 billion is now pushing eight, and an I, Robot company retailed for six figures instead of our sevens or eights—he nailed human nature.

Asimov would survey our 2018 playing field without missing a beat. After all, it was he who in 1980 commented in Newsweek on the “constant thread” of American anti-intellectualism that believes democracy means, “my ignorance is just as good as your knowledge.” Asimov might even blog now that the time is ripe for our own Stephen Byerley.