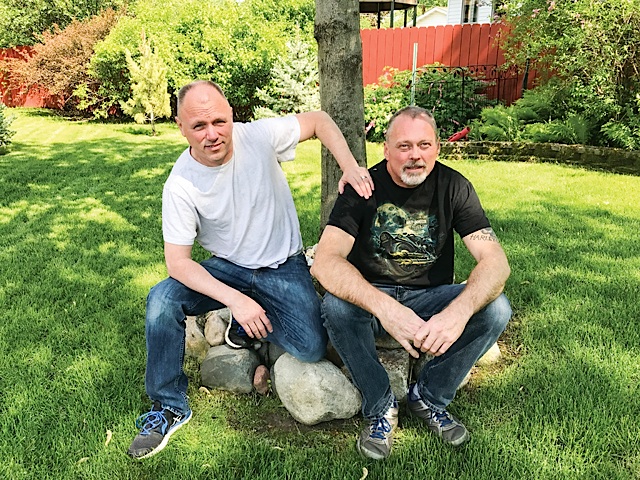 Dan Benson has made headlines in recent weeks, after being surprised by a demotion he received due to a poor performance review in his capacity as battalion chief for the Eagan Fire Department…but Benson disputes the review, noting that the loss of status occurred only after Benson outed himself. His allegations of bias and violation of his Constitutional rights has manifested as a civil lawsuit filed in U. S. District Court as the fire chief and city of Eagan deny these allegations.  Benson spoke to Lavender about his side of the story.

You first wanted to be a firefighter when you saw a neighbor’s house burn down. Do you mind if I ask how old you were? Do you know why you had that reaction, as opposed to thinking, “I think I’ll avoid fire at all costs?”
Dan Benson: I was probably four or five — 1968 or 1969 — and we lived in White Bear Lake. I think we were coming home from Pizza Hut. A farmhouse was fully engulfed on a pitch black night. Then we passed a bunch of firetrucks headed to the fire. I thought that had to be a cool job — yet somehow I was scared of everything else.

Can you describe the most memorable fire you’ve fought?
DB: A couple years into my career one of the buildings at the Royal Oaks Apartments caught fire. It was a dry fall day and 40 mph winds pushed that fire so hard and fast through the building that it made it look like it was built from paper. We were searching for occupants and by the time we got to the third floor it wasn’t even there anymore! We were outside! My right leg was so sore from kicking open doors that I couldn’t walk for three days.

I noticed that you consider the other Eagan firefighters your brothers and sisters. Beyond that, can you describe the bond you share with other firefighters? What’s unique about that bond?
DB: Teamwork is really the only way we can function. You get close by working together. You also see things that the average citizen will never see. You see people on the very worst day of their lives. When you share those experiences you become quite close. You support each other because most of us don’t have someone at home who cares to hear about the fatal car accident you just came from. There is also the reward of sharing a successful “save” with your counterparts. 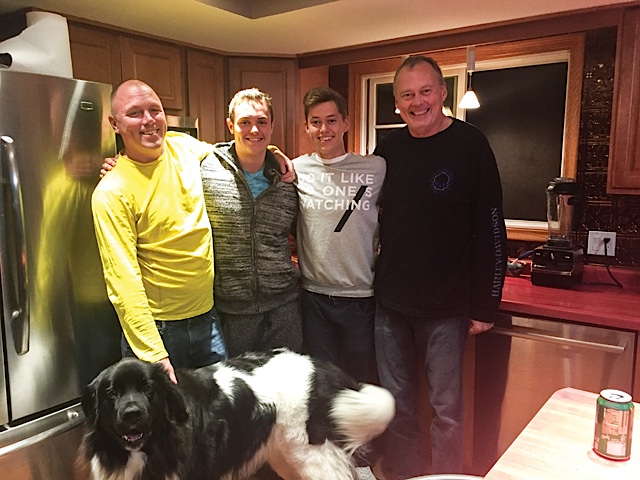 What’s the greatest or most common misconception people have about firefighters or firefighting?
DB: That we are all six feet tall and 200 pounds and can carry a human out of a burning building. Luckily, the scenario doesn’t actually come up very often but it would take a lot of us to move a 150-pound human out of a bad situation. In truth, a few minutes in a smoke-filled building is gonna take your life anyway. Check your smoke detectors!

How much training is required?  How much re-training is required?
DB: A full-time department can train a firefighter in a few months. A part-time department takes about a year. Add on time for specialties like EMT, Hazmat Tech, and officer positions. Training never ends. In order to keep up certifications you will train many hours each year. More time is spent training than on actual incidents.

Has firefighting changed during your tenure? If so, how?
DB: In the past ten years, lots of people have tried to make money off of strategies and systems to put out fires. Include with that liquid solutions and chemical bombs that supposedly make the job faster and safer. We all ended up going back to the basics of lots of water as quickly as possible. When I became a firefighter the individuals tended to be rather rugged and some a little redneck. That has changed to a more liberal, family-type based staffing. 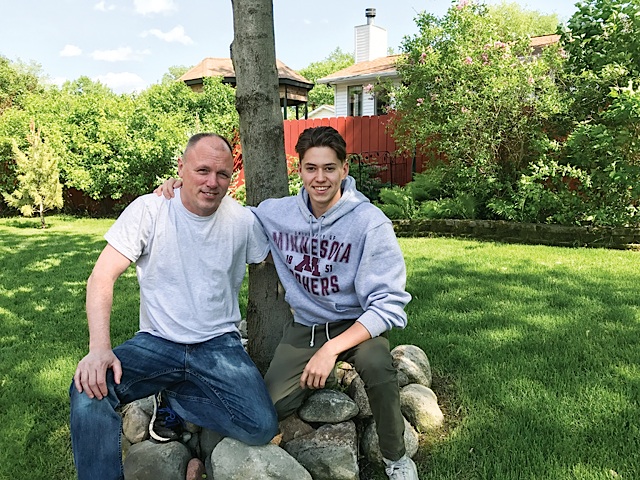 As a battalion chief, you were responsible for hiring firefighters, yeah? If I’ve got that right, what traits did you look for in candidates?
DB: I hired or assisted in hiring over 50 of Eagan’s firefighters (over half of the department). I looked for candidates that could hold a conversation and look me in the eye. I would give them a tour of the station before the interview to break the ice. I could usually tell by the end of the tour whether they would be hired or not. I searched for a sense of humor, too. If you take it all too seriously you will have a breakdown one day. I’d like to think I steered the staffing into a better group of people socially. We no longer have fistfights after calls!

GLBT people are commonly stereotyped. Are firefighters stereotyped?
DB: Out of 9/11 came the theory that all police and firefighters are heroes. Unfortunately, people started signing up to be a hero and later realized heroes are to be humble and they didn’t get the attention they hoped for. Although it’s nice to be acknowledged, I don’t know one good firefighter that seeks to be idolized for his job. Is the job dangerous? Yes, it can be, but in the case of serious injury or fatality of firefighters, someone almost always made a very bad decision.

How does firefighting affect family life?
DB: I always said it takes about a third of your brain. It’s always there. That pager is always on your belt. You miss some family time, your moods can be swung by certain incidents. You may have just come home from a bad call and your partner wants to finish the argument you were having before you left. But they are always proud of you. If they are not behind you 100 percent you will either be leaving the job or leaving your partner. 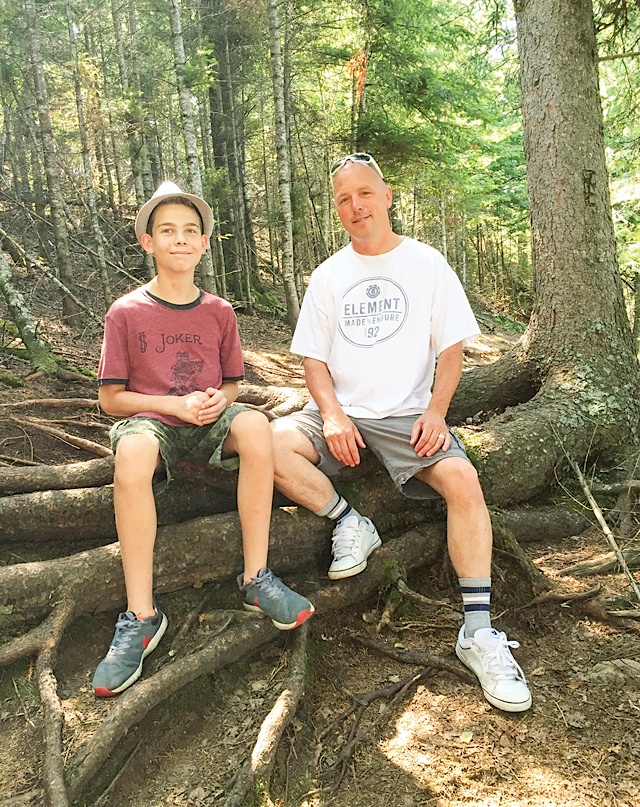 Can you tell me about your family? You met your husband via personal ad years ago. Were you closeted? Was he? What was the relationship like? What’s it like now? Why did you decide to get married, as opposed to some other arrangement?
DB: Greg Carlson: Iron Ranger, Finlander. A toxic combination! We were young. I had this Italian boyfriend for a few months and one day he stopped by with a buzz cut and took off to the army. Never heard from him again. So I’m seeing ads in the Twin Cities Reader. I answer a few. It takes, like, months for them to process the secure exchange of mail. I almost forget about it until one day a few letters arrive in a manila envelope. Two had pictures and had to be immediately excluded. The last one had no picture and about a single paragraph ending with “Call me if you want.” I got shingles about this time and was home in bed for a while. I was bored, I called and we talked every day for hours. He was so caring about my condition. We wanted to meet but it was really a couple months before I felt better. Then we met at the old, original Champps on West Seventh. This was 1988. I think I moved into his condo a month later.

So, almost 30 years later, here we are in our same house for about 25 years. We’ve been through a dozen dogs and enjoy taking care of our home and having guests over to hang out by the pool. Ask any couple that has been together for a long time; you start to find some of your own passions — Greg with his Harley, me out with my friends — but we still have the comfort of coming home to each other at the end of the day. We married about three years ago. I think we would have been perfectly content as we were but as we all know the benefits are reason enough. It is nice to be married, though. 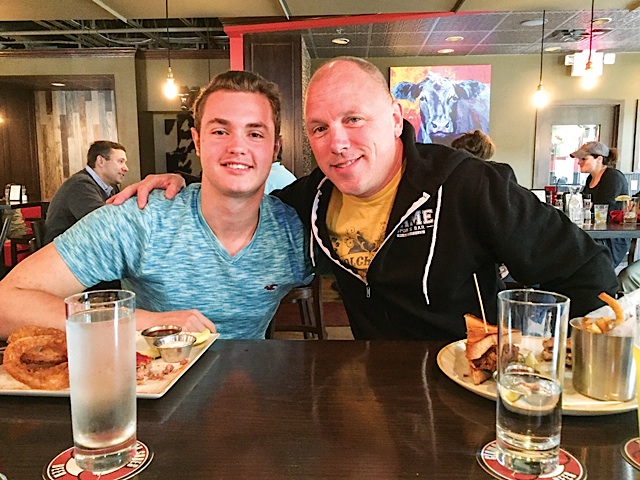 What would you like the world to know about your son-like exchange students?
DB: For years, I think we were substituting pets for kids. That worked for a while but I know that at least I yearned for a real kid around the house. My maternal instincts were not being fulfilled.  I signed up for a mentor program in Dakota County where I was matched with a great six-year-old boy. I couldn’t get enough of seeing him and at one point we broke off from the program and he started keeping a bedroom in our home. He’s fourteen now and we have him with us as often as possible.

A few years ago I received a letter requesting a home for an exchange student who was interested in being a firefighter. I tossed it because I thought Greg would have no interest. I mentioned it that night and he got all excited. I managed to find the letter and a few months later we had our first exchange student, Tim from Germany. Not only was it fun but it gave Greg and me something of mutual interest, which is always important as your relationship gets on in years. This year we’ve had Santi from Spain and both these boys, including many of their friends, have been just like sons to us. It’s hard to send them home but we have developed relationships that will last our lifetime. I work for an agency now that places exchange students. Those that I place become quite close to us as well. 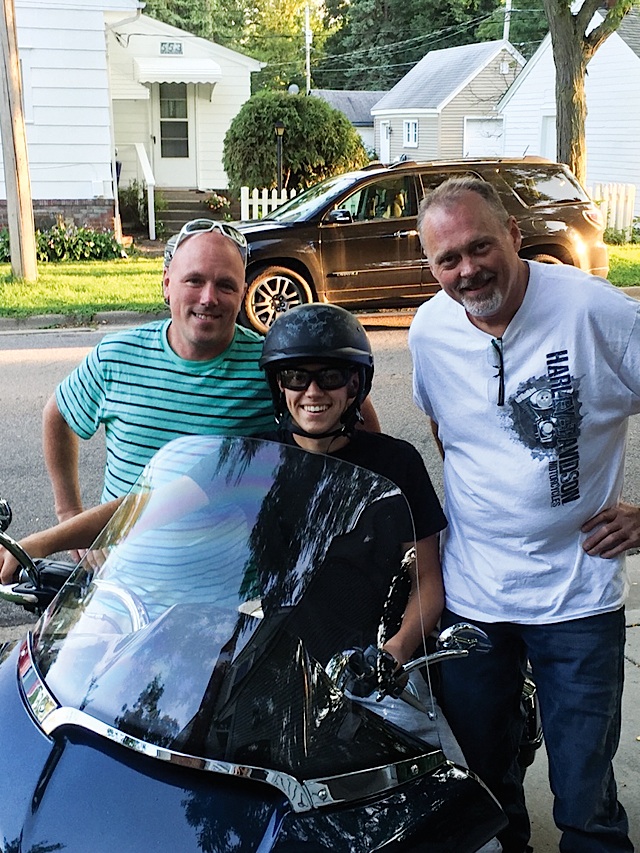 Your demotion with the Eagan Fire Department occurred after having to “reapply” for your own job as battalion chief. What do you think would have happened if you hadn’t volunteered your marriage status when reapplying for your job?
DB: Don’t know because it didn’t happen that way. I never “volunteered” any information. It was asked and I answered.

Why did you not come out earlier?
DB: I didn’t see a need.

What else would you like Lavender‘s readers to know about you?
DB: I stand up for what I believe in. When I tell my friends and family I love them I mean it. I don’t have a single regret.