What To Do When Your Gay or Lesbian Child Marries 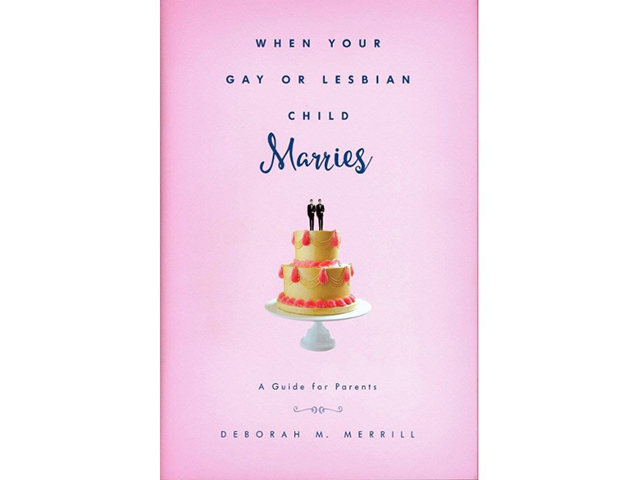 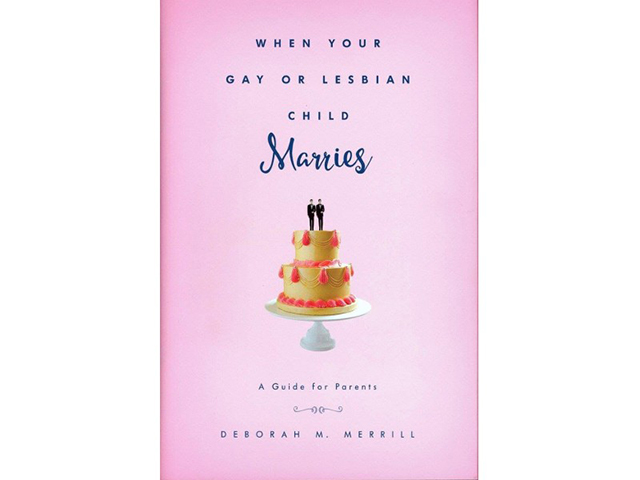 Marriage is a beautiful time: two families coming together under a new union, celebrating the love of two individuals. But the marriage also has broader effects, namely on the relationship between the children getting married and their parents.

Deborah M. Merrill, professor of sociology at Clark University, previously explored the effect an adult child’s heterosexual marriage had on their relationship with their parents in her book, When Your Children Marry: How Marriage Changes Relationships with Adult Children. Merrill followed that research with the effects of the same phenomena for same-sex marriage once it became more common in Massachusetts. More than 70,000 same-sex couples have married in the United States since Massachusetts became the first state to legalize same-sex marriage in 2004.

“I thought the fact that there are no pre-conceived expectations for a relationship with a gay son-in-law or lesbian daughter-in-law might allow for alternative in-law dynamics rather than the traditional tensions,” she says. “In addition, I questioned how the different gender combinations between in-laws would impact those relationships.”

This new research is published in Merrill’s latest book, When Your Gay or Lesbian Child Marries: A Guide for Parents. And what she found is actually quite astounding. In a heterosexual marriage, for example, Merrill discovered that men tend to get pulled into their wife’s family and this creates tension with the husband’s family and the couple.

“I wanted to see if marriage would have the same effect on the relationships between gay men and their mothers-in-law, in particular,” Merrill shares. “The study found that gay men, however, do not experience tension with their parents following marriage. Instead, they continue to visit their parents as often as they had before marriage, sometimes without their spouse. In addition, marriage is a time when relationships with parents are changing because the couple is creating their own families and I wanted to see how they balance obligations to both families.”

The book is a guide for parents to help them understand the ways in which relationships with their gay/lesbian children might change — from a child’s “coming out of the closet” to a gay son or lesbian daughter raising his/her own children. It aims to help parents better comprehend the nuances of same-sex marriage and the struggles their children face as they navigate their sexual orientation over time.

In fact, Merrill describes a parent dealing with a child getting married as significantly different than “coming out of the closet,” due in large part to the public nature of a wedding. “The choice to marry typically involves a public ceremony in the presence of relatives, co-workers, and friends,” Merrill says. “When your child ‘comes out of the closet,’ you can still maintain some level of privacy with this news. When a homosexual son or daughter first announces his or her sexual orientation, some parents might believe that their child’s homosexuality is just a ‘phase.’ Once a gay son or daughter decides to marry, it signals a public, long-term commitment.”

As such, Merrill describes the book as being written for parents who wish to know more about what their child’s life will be like as a married gay man or lesbian woman as well as being for those who are not yet comfortable with their child’s homosexuality. As these children advance to marriageable age, it’s crucial for parents to be prepared for how to address their relationships with their future in-laws.

The most common mistake Merrill sees parents make when a gay or lesbian child announces his or her engagement is not to be enthusiastic about the wedding or marriage. Adult children can usually sense when their parent is less than pleased about something they intend to do. Merrill’s advice is to make sure you are providing a similar wedding experience for your gay or lesbian child as you do for your other children. She says, “Adult children often said that their parents did not treat their wedding as a celebratory occasion like they did for their heterosexual siblings.”

A second common mistake Merrill found was not welcoming the new in-law into the family. In fact, Merrill says the most helpful thing a parent can do at this time is to welcome your new son-in-law or daughter-in-law into the family like you would your heterosexual children’s partners. “Remember that your child is still your child no matter who he or she marries, and they need your support,” she says. “The adult children in this study who had poor relationships with their parents consistently pointed to their parents’ lack of acceptance of their spouse, in particular, as a member of the family.”

With these two common mistakes in mind, Merrill offered four pieces of advice for parents of gay or lesbian children:

Most importantly, Merrill says there is no such thing as being too supportive. “Your child will encounter discrimination and homophobia,” she says. “Your support is necessary to lessen the impact of that. Your children need you to be there for them now more than ever; be happy for them that they have someone who loves them.”