At UW Superior – You Can Play

When I stepped to the lectern, I looked out across a room filled with more than 200 people from my university community and, with radio station microphones and TV news cameras accenting the surroundings, it really hit me: “We’ve done a good thing.” Then I began to speak. 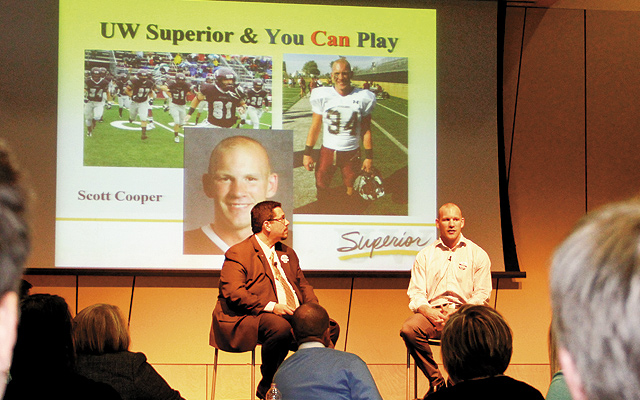 My name is Dr. Terencio Daunte McGlasson and I am a gay, Latino professor of counseling at the University of Wisconsin – Superior, just across the bridge from Duluth, Minnesota. This is the story of a “little engine that could,” or better stated, the little university that found its voice. Early last autumn, four of us went to work on a vision of our campus, taking a human rights stand on behalf of our LGBT sisters and brothers. Each of us: Steve Nelson (Athletic Director), Tammy Fanning (Associate Dean of Students), Jack Hajewski (videographer and beloved alumnus), and myself held varying motivations for our involvement, but all were sourced in a heartfelt belief in the You Can Play Project and its underlying principles.

You Can Play “…is dedicated to ensuring equality, respect and safety for all athletes, without regard to sexual orientation…it works to guarantee that athletes are given a fair opportunity to compete, judged by other athletes and fans alike, only by what they contribute to the sport or their team’s success…and seeks to challenge the culture of locker rooms and spectator areas by focusing only on an athlete’s skills, work ethic and competitive spirit.” The way the project plays out is that participating professional, college, and high school athletic programs film a video documenting their pledge to make their locker rooms and arenas of competition safe for LGBT athletes. Upon completion, the video is uploaded to the national website, joining a chorus of voices from across the nation, all with the same basic message: “If you are lesbian, gay, bi-sexual, or transgendered and you want to be a part of our program, you are welcome here.”  Not welcome are homophobic slurs, prejudicial behaviors, and any form of bias based on sexual orientation or gender identification. The familiar catch phrase repeated by the nearly 100 participating programs is simple: “If you can play…you can play,” meaning, if an athlete has the talent and the commitment to earn a spot on their roster, she or he will not be held back because they happen to be lesbian or gay. 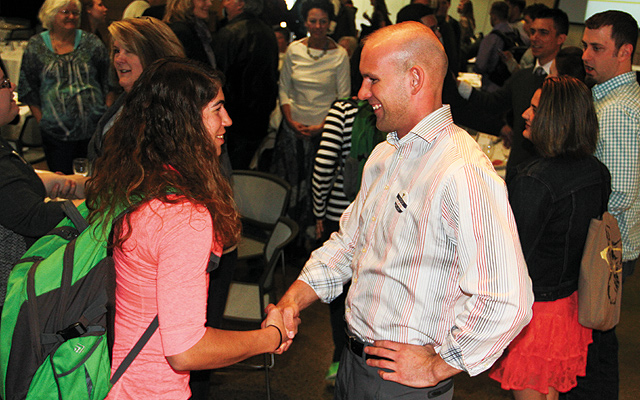 So that was our vision—our charge—and it has proven to be one of the most inspiring projects I have ever participated in. Interestingly, as the project moved forward, our biggest challenge became the logistics of coordinating a group of enthusiastic participants that eventually numbered nearly 80 athletes and coaches, each of whom also participated in three hours of Safe Zone training designed to give them the basic information and skills they might need if an LGBT athlete came to them in need of support. The University of Wisconsin – Superior, the smallest campus in the UW system, turned out to be (to our best knowledge) the first school in all of Wisconsin and Minnesota to sign on to this incredible project…a distinction I hope will be long remembered.

So that leads me back to standing in front of the lectern in that crowded room. Thursday, April 10, 2014, we held a celebration banquet on campus; a simple occasion to proudly exclaim, “Look what we did.”  And what a celebration it was! Along with brief reflections from each of us in the planning group, the audience was treated to a personally recorded message of support from Derek Schell of Hillsdale College in Michigan, the first openly-gay NCAA Division II basketball player, and the engaging and inspirational presence of our guest speaker, Mr. Scott Cooper, an openly gay linebacker who played two seasons with the Augsburg College football team in Minneapolis. The event concluded with the public unveiling of the UW Superior, You Can Play video and a resounding standing ovation…truly a memorable day. Now several days later as I write, I am deeply moved and still engaged in the process of understanding what this experience really was.  My university—our athletes and coaches—sent a strong message that we are trying to live up to our mission of embodying “…respect for diverse cultures and multiple voices.”

At the end of the video, following the seemingly endless stream of young, sincere faces and poignant pledges, I appear on screen reciting the eternal words of Dr. Martin Luther King, Jr., originally written on the margins of a newspaper from his jail cell in Birmingham: “Injustice anywhere is a threat to justice everywhere. We are caught in an inescapable network of mutuality, tied in a single garment of destiny. Whatever affects one directly, affects all indirectly.”  I hope he would be proud. 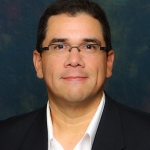 Terencio Daunte McGlasson is Assistant Professor of Guidance & Counseling at the University of Wisconsin – Superior.  Dr. McGlasson’s nearly twenty years of clinical experience inform his expertise in the classroom, teaching courses primarily dealing with professional practice and social justice.  His research and writing interests focus on lesbian and gay issues, spirituality and postmodern approaches to counseling and he frequently presents at regional and national conferences. He is active in his advocacy for the LGBT community and has also served abroad as a consultant and humanitarian volunteer in India, Nicaragua and Brazil.