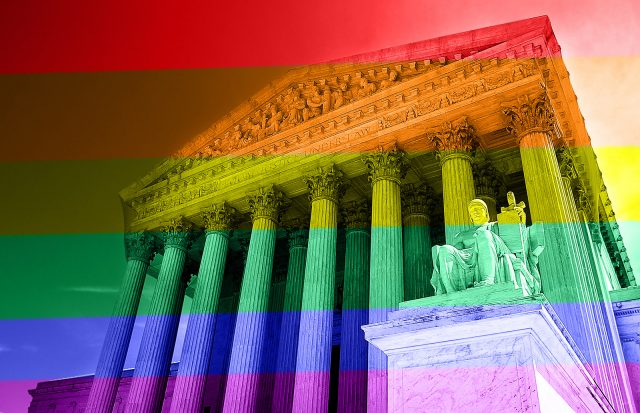 The Supreme Court of the United States ruled today that the Civil Rights Act of 1964 prohibits the discrimination of workers based on sexual orientation and gender identity.

The 6-3 ruling on Bostock v. Clayton County, Georgia and Altitude Express Inc. v. Zarda, and R.G  & G.R. Harris Funeral Homes, Inc. v. Equal Employment Opportunity Commission was issued the morning of Monday, June 15, 2020. Arguments began last October in regards to cases where employers reportedly fired employees simply for being gay or transgender. The court ruled that firing an individual for being LGBTQ is a violation of Title VII of the Civil Rights Act of 1964, which already barred employment discrimination based on sex.

Representing the majority opinion in the ruling, Justice Neil Gorsuch wrote that the “statute’s message for our cases is equally simple and momentous: An individual’s homosexuality or transgender status is not relevant to employment decisions.”

Gorsuch continues: “…it is impossible to discriminate against a person for being homosexual or transgender without discriminating against that individual based on sex.”

Gorsuch concluded the majority opinion by stating that in the creation of Title VII, Congress utilized broad language that would make it illegal for an employer to fire an employee based solely on their sex, and that any employer who fires an employee for being gay or transgender is violating the law.

The watershed ruling is a major victory for the LGBTQ community in extending workplace protections based on sexual orientation and gender identity.

Gorsuch was joined in the majority opinion by Chief Justice John Roberts, as well as Justices Elena Kagan, Ruth Bader Ginsburg, Stephen Breyer, and Sonia Sotomayor. Dissenters were Justices Samuel Alito, Clarence Thomas, and Brett Kavanaugh. The entirety of the decision can be seen here.