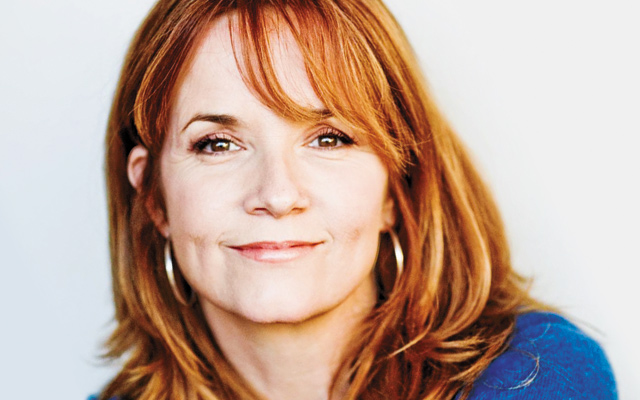 The Twin Cities Human Rights Campaign is preparing for its annual fundraising dinner, in a year when we have so much to celebrate, with so much work left to do. DyShaun Muhammad, member of the HRC National Board of Governors and Co-Chair for the Twin Cities HRC Steering Committee, puts this event into the context of the HRC’s big picture, both here in Minnesota and across the United States.

Each year the Twin Cities HRC holds a Gala Dinner.  What happens at this event and what are you looking forward to this year?

Our goal is to have the annual HRC Dinner be the keystone local event in support of LGBT equality. We aim for it to be an evening of fun, inspiration, education and mobilization. We expect over 1000 attendees of all stripes, dressed in their finest, for a reception, silent auction, dinner program and a chic after-party – all in support of equal rights. Our goal is to host a fundraiser that people eagerly anticipate and want to support. The dinner has become a great tradition for the community.

We are thrilled to have Lea Thompson as our special guest for this year’s dinner. While most people remember her roles in the “Back to the Future” trilogy, she started her career doing ballet and theater here in Minneapolis. She has had an impressive career in film, TV and on stage, but we are most impressed by her long-standing support for LGBT equality. We are looking forward to having her join our celebration and hear about her commitment as an “Ally for Equality.”

What are the primary objectives of the HRC in the Twin Cities?

HRC’s mission is to end discrimination against LGBT citizens and realize a nation that achieves fundamental fairness and equality for all. Over the last year, we provided significant support to the Minnesotans United “Vote No” and subsequent marriage equality efforts with full-time staff, over a million dollars in funding, as well as continuous activation of our members to help secure those wins. While marriage has garnered tons of attention, we’ve been taking action on several areas many may not have heard about:

To activate our supporters and build more awareness around transgender issues, we organized a special reading of the memoir, “Becoming Ellen” with Ellen Krug, a local transgender author earlier this summer.

To build community with new potential allies, we’ve been busy piloting our “Ya Es Hora” program where we partner with local immigrant service organizations to conduct free citizenship workshops.

And of course, to help generate the funds to continue to spread equality around the nation, we have events like the dinner, our annual spring bowling tournament and membership drives at LGBT Pride festivals all over the state that allow anyone to contribute to the cause in a way that is meaningful to them.

What is the “State of the HRC” beyond Minnesota?

We are energized by the great work we have been able to do in places like Minnesota and we’re working hard to translate that energy into even tougher struggles ahead that haven’t gone away with [Section 3 of] DOMA.

Chad Griffin, HRC’s President, talks a lot about the part of LGBT America we sometimes forget in places like the Twin Cities. Places like where I grew up, North Alabama, or rural South Dakota, Nebraska and Georgia where a young transgender girl or an aging gay couple has to fight continuously for basic dignities we take for granted. In most of the country, you can still be fired for being trans, gay or bi. Chad has been touring some of the “reddest” states in the nation to bring attention to that part of our community. You will see HRC redouble our efforts for meaningful change where it is so desperately needed.

In DC, we’re focused on getting bipartisan support behind the Employment Non-Discrimination Act (ENDA). Hundreds of our members will be on Capitol Hill lobbying Congress on ENDA as well as immigration, health care, HIV treatment and school safety issues in the coming months.

Locally, we’re working on bringing a program to the Twin Cities to educate health care providers on the Healthcare Equality Index, a program that helps providers become more LGBT-friendly. Our local volunteers will also be heavily involved in helping to support our allies and supporters in Congress and in the state legislature as they face anti-LGBT opponents in 2014. We have to make sure they know that we have their backs and ensure we don’t lose what we’ve fought so hard to achieve.

Marriage in Minnesota isn’t the end of the story – It’s the beginning of a new chapter in a long struggle started by numerous courageous folks from prior generations. We have a lot of work to do and HRC is in a strong position to be part of that effort.

Minnesotans have had a fundraising-heavy two years–what would you say to encourage your fellow human-rights-minded people to stay engaged and attend the dinner?

The fight for equality goes well beyond our backyard. Back in May, I went to the HRC dinner in Atlanta. In Georgia, they are a long way from achieving what we have secured to date here in Minnesota on marriage and other basic rights. Nevertheless, the energy in that room and the hope brought about due to what we were about to accomplish here was electric and provided more than enough reason for the people to dig deep in support of equality.

Minnesotans have the vision to see the bigger picture. We have to keep doing this – raising money, raising awareness, activating new people – until no part of this nation suffers any form of discrimination. Besides, Corey Smith and Arouna Phommasouvanh (this year’s dinner co-chairs) are fabulous hosts and it’s one of the best parties in the cities every year. A room full of smart, good looking, dressed-up people – why would you want to miss out?