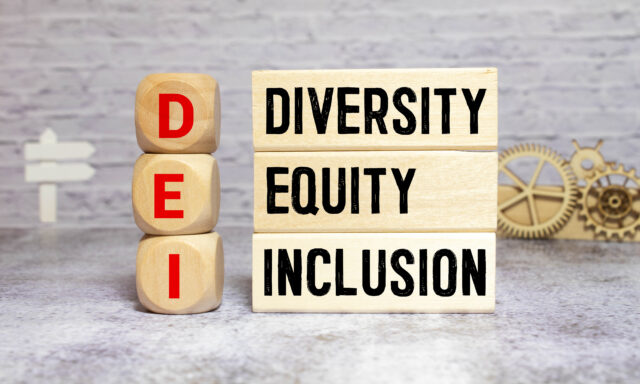 Workplace discrimination continues to impact marginalized people across the world and within our country. According to 2022 State of the Gender Pay Gap, released by Payscale, women now earn 82 cents to every dollar that men earn, a discrepancy that is only worsened for black, indigenous, and other people of color. And the LGBTQ population continues to face inequity, harassment, and general work instability. According to the National Center for Transgender Equality, “more than one in four transgender people have lost a job due to bias, and more than three-fourths have experienced some form of workplace discrimination.”

Because this is such a pertinent issue for so many, I chatted with two writers from Lavender Magazine who have both personal and professional experience with workplace discrimination to glean a bit of their expansive knowledge on the subject. Ellen Krug is a transwoman who worked for years as a lawyer and is now a speaker, trainer, and a consultant specializing in Dynamic Inclusivity. Zaylore Stout is a gay black man who currently works as an attorney specializing in employment law and previously worked as an HR consultant.

Stout continues: “For members of our community, you want to believe you can live in any state, but if the state doesn’t protect you in the workplace and in housing, it can impact you.” There is an eternal struggle between state and federal rights in the United States, and that means that some rights are harder to come by in some states.

2020 was an exciting year for trans rights because Supreme Court case Bostock v. Clayton County officially ruled that gender identity is protected by Title VII, but as we have seen since the passage of the Civil Rights Act in 1964 laws are often broken. As recently as 2019, black women have lost their jobs because their employers decided that their natural hair “unprofessional”.

If you experience workplace discrimination it can be shocking, upsetting, and difficult to navigate. Stout’s first piece of advice is vital to ensuring that the harm you experience is taken seriously: “There’s going to be an expectation to report it to the employer and give them the opportunity to try to fix it,” he says, “Go to HR, to your manager, follow the chain of command all the way to the top.”

It can be hard to trust the chain of command after being hurt by someone inside the company, but it is a vital step. “Too many times over the 22 years I’ve been doing this the employees were being subjected to this conduct and they didn’t report it,” says Stout, “The sooner they report it the better.” Without giving your workplace the opportunity to fix the problem it will be difficult to proceed legally further down the road.

Also important is to document anything and everything related to discrimination you experience – suspicious missed promotions, microaggressions, hateful comments – write it all down and do so in real time. One of the best ways to do this is by emailing yourself. “That shows that it’s contemporaneous,” explains Stout, “If there’s an issue later on the tech folks can track and confirm that email was sent when you said it was.”

Finally, if your company is not able to deal with the problem internally, you might have to get help externally. We here at Lavender are biased toward Stout’s practice (and he is triple certified as a LGBTQ, minority, and disabled owned business.) Stout jokes “it’s fun keeping up with all of these certifications”, but the reality is that his “lived experience…helps provide perspective when we’re advising employees and employers.”

There are plenty of other resources, of course. Krug recommends Gender Justice, which is “a non-profit based in St Paul…[Gender Justice works] with women, female, and trans people who deal with discrimination.” The MN Department of Human Rights is also a great resource for those of us who live in Minnesota. “It will always have the most up to date information,” says Stout.

Experiencing workplace discrimination is awful. Having your livelihood threatened because someone has a problem with who you are is traumatizing and unfair. There is hope on the horizon, though. Even after the discrimination that she has experienced over the years, Krug is optimistic about the future for all of us.

“The arc of history bends towards justice,” Krug says, “Slowly, okay?” Krug pauses before she affirms her statement, “I believe that. I believe that.”