The They/Them Project: An Interview with Brent Dundore

How were you inspired to make this project come to fruition?
I realized I had my own ignorance and lack of acceptance of non-binary gender and wanted to change that for myself. It stemmed from my own coming out story, not with gender, but sexuality (two completely separate things, for anyone who is new to understanding these subjects). 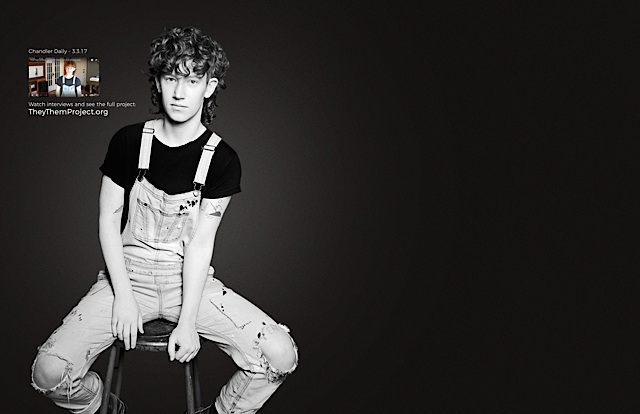 When I came out people didn’t ask me the questions which would have enabled them to better understand me and my non-binary sexuality. Telling family and friends of my attraction to men was confusing to some, as my partner at the time was a woman. She knew I was also attracted to men from the beginning of our relationship. Sooner or later I felt the need to share that part of myself with everyone else as well.

After that relationship came to an end most people found it easiest to label my sexuality “gay,” and at times even define me as such. “This is my gay _____ (insert relationship), Brent,” or at best, “This is Brent, he is gay.” Thus, I experienced firsthand that it is human nature to want to label people, and how certain labels can affect people.

Today I am married to a man, but gay is still a label I don’t feel describes me, and one that shows a lack of understanding of who I am. Over the years labels have not only affected me, but have also hurt me. 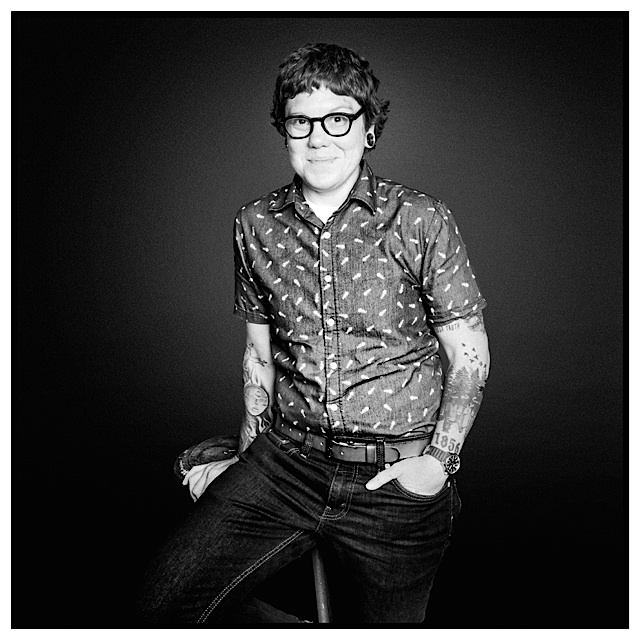 This all relates to starting the project, because when I first heard of people who use they/them/theirs pronouns, I had a lack of understanding, ignorance, and sometimes judgement regarding the subject. When asked what I felt about people wanting to use such pronouns, my response was “people can be whatever they want, but you can’t make up a new gender, or pronouns.”

My husband knew my coming out story, and how labels affected me over the years. After he heard my initial opinion on non-binary pronouns, he immediately stopped me and asked if I was joking. He then stated, “After all you’ve dealt with regarding labels, how would you have the right to tell someone else what they can and can’t be?” Right that second, I decided my opinion needed to change.

About three months ago I was shooting for one of my fine art projects and learned that my subject preferred they/them/theirs pronouns. I asked if I could ask some personal questions about that. I learned a lot about their journey and use of pronouns. After the photo shoot I was looking through all the photos and saw one that spoke to me. It was there that the “They/Them Project” was born. 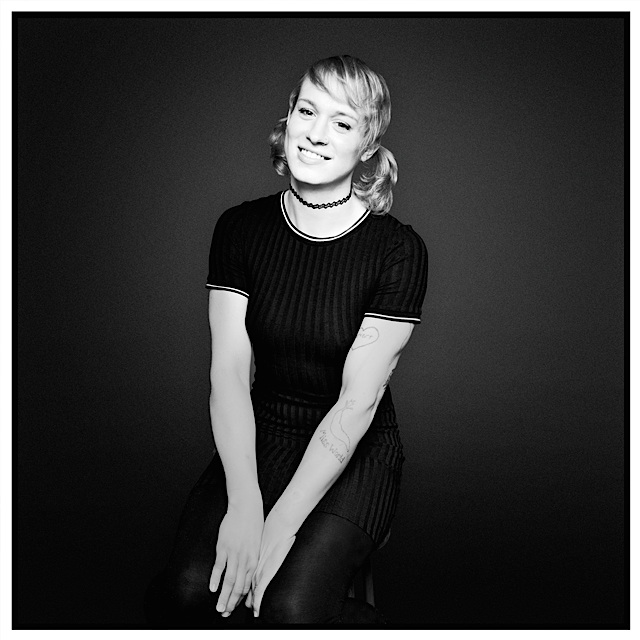 I asked another person who uses they/them/theirs pronouns to come in for the project. I again asked various questions to personally better understand their story, and how they came to use their pronouns. After working with them for the fine art shoot, I was looking through the images, and thought to myself, “These images do make me think about this person, they are everything I want visually, but they don’t answer the questions I had about gender.” It was then that I realized I needed to document those questions I myself had been asking, if I wanted to really make a difference for anyone else who might have the same lack of understanding I had.

Since the second shoot, I ask those questions to every person I photograph, making the interviews the focus of the project. I would have been grateful if people had asked me questions about my sexuality in order to better understand me. This is now the mindset I bring to all the interviews. 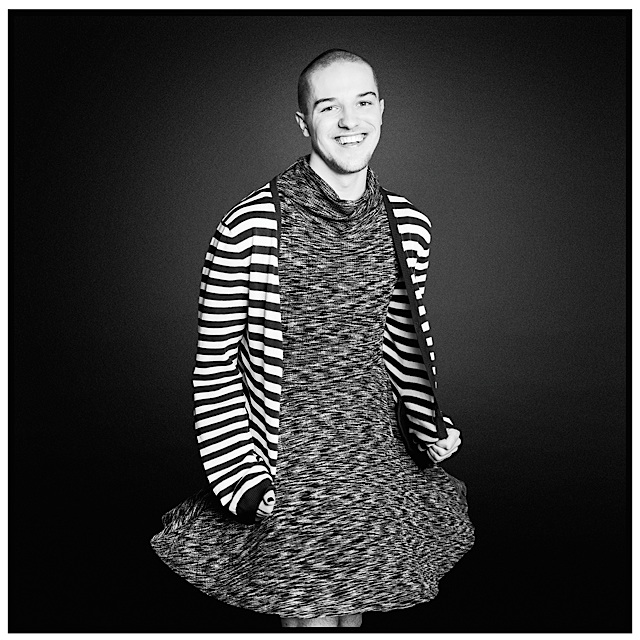 What other projects have you done or are you currently doing? How does this project differ from those?
Previously, my “Marry Us Campaign” was a photo booth style project which helped individuals share the message of marriage equality. The goal was to use the image to start a conversation about how it would affect them personally. Currently, I have two other endeavors in addition to the “They/Them Project.” “Broadway Legacy” celebrates African American Broadway artists, who many times are overlooked in the industry, some of whom happen to be Tony Award winners. Lastly my “Why I Ride Project” stems from my past position working for the Red Ribbon Ride (a nonprofit bike ride that raises money for several AIDS service organizations in Minnesota). This project gives individuals participating in the ride the chance to show why they do it and ask for donations for the cause.

The “They/Them Project” differs from the other projects in the overall look, video interviews, and targeted audience. I feel it also differs in the way it is personal to each subject, and how it is shared through social media. 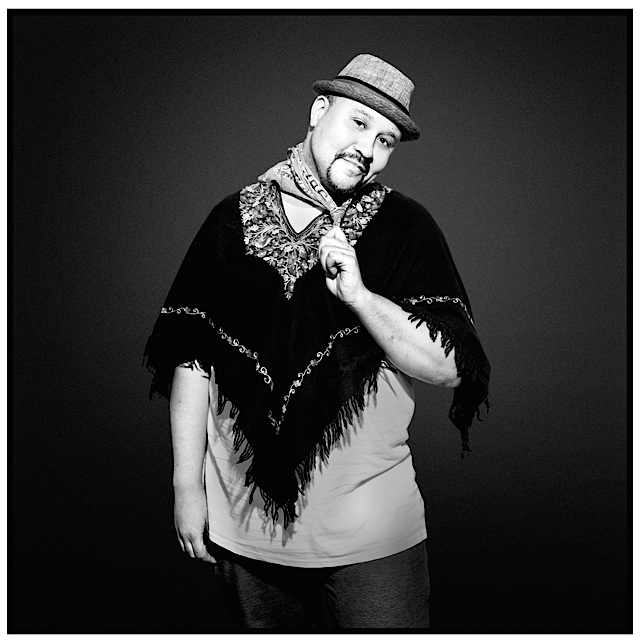 What have been some surprising moments along the way?
I have yet to finish an interview without learning something new about gender, and how every person has a uniquely different story and description of their gender. I was surprised to learn that some use several sets of pronouns, and how truly fluid gender is. No one is an expert on someone else’s gender, or what gender means to someone else. Everyone is also always growing and changing.

What have been some humbling moments in the process?
The first time I watched someone who was non-binary watch one of the interviews, I saw how they kept nodding their head, and, at times, smiling wholeheartedly, showing how much they related to parts of what they were watching. I realized then, that in the least, this project could speak to non-binary individuals, letting them know there are others out there who are looking at and discovering some of the same types of things they are.

I also recently had a humbling experience when asked to be interviewed for Twin Cities Pride Podcast. The host wanted to ask me questions about myself and the project, but I suggested we keep it as much about the individuals as possible. We gathered six people from the project to speak. It was a truly unique experience, and I highly recommend that everyone listen to the TC Pride podcast! 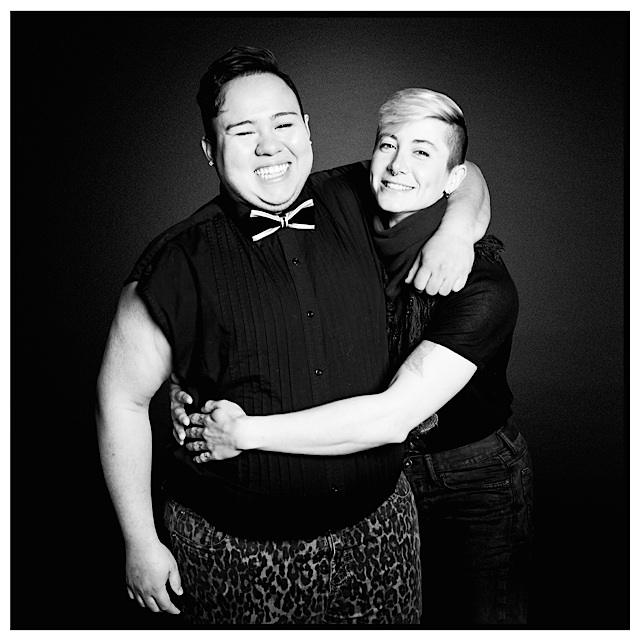 Who is the audience for this project?
I hope this project speaks to everyone. Youth questioning their gender can look to this project to see that they are not alone, and how others have gone through their journey and are now flourishing. Some from older generations might know about gender, but in many cases, they still have questions they are afraid to ask non-binary individuals. This projects gives answers to those questions. Finally, others might view this project and for the first time see that non-binary people are real. They are as much non-binary as others are male or female. Watching these interviews gives everyone the chance to better understand that.

How do you imagine the audience will experience the people you’re introducing them to?
Some will nod in appreciation. For those people, I imagine they are feeling acknowledged, accepted, respected, and loved. Others who are watching the interviews may say, “I did not know that!” They likely felt they never had the opportunity to ask the questions to individuals themselves. Some will shake their head “No.” I hope these people continue watching, as they will see how people are describing simply who they are, giving us more reason to accept and love everyone. 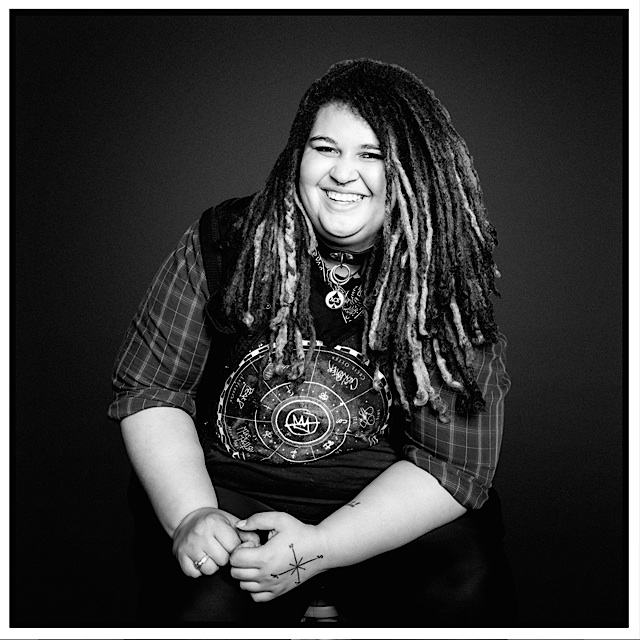 Where do you see this project going?
I have had conversations and meetings with several different organizations about how this project could be brought to the masses. I’m very excited about the energy of the project and where it is going.

What do you need from the community?
Share the project every time you see it! Especially if you watch an interview, share it through social media with a message about something you personally learned, asking others to watch and do the same. It’s so easy, and you’ll be surprised by the comments people leave, as they are grateful for what they learned from the interview as well.

I’m hoping to include more youth, more people of color, more people who are 40 and older. Please share the project with these people and have them contact me through the website. 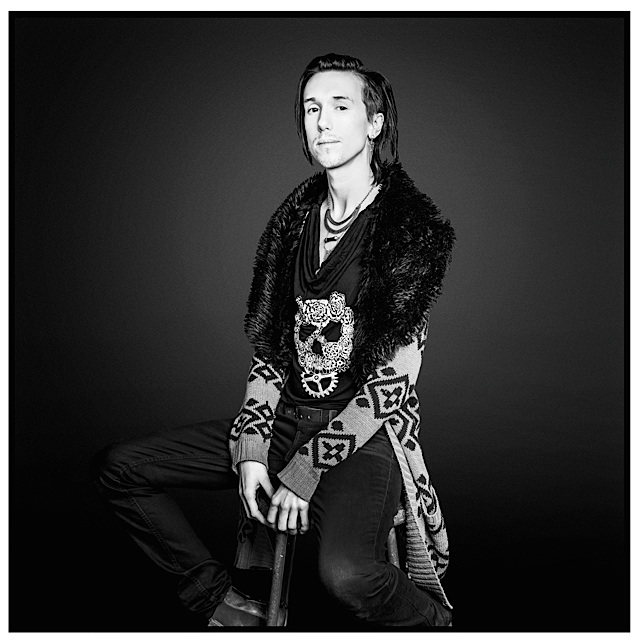 Where can we find this project?

You can also see all my industry and personal projects at: BrentDundore.com 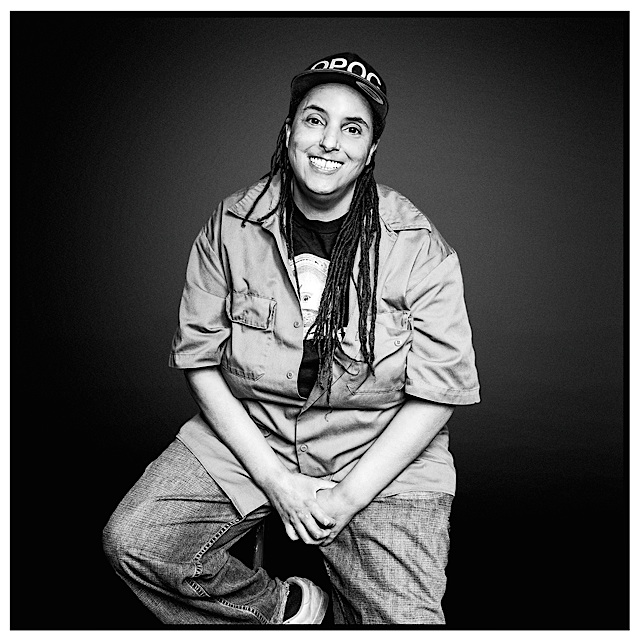 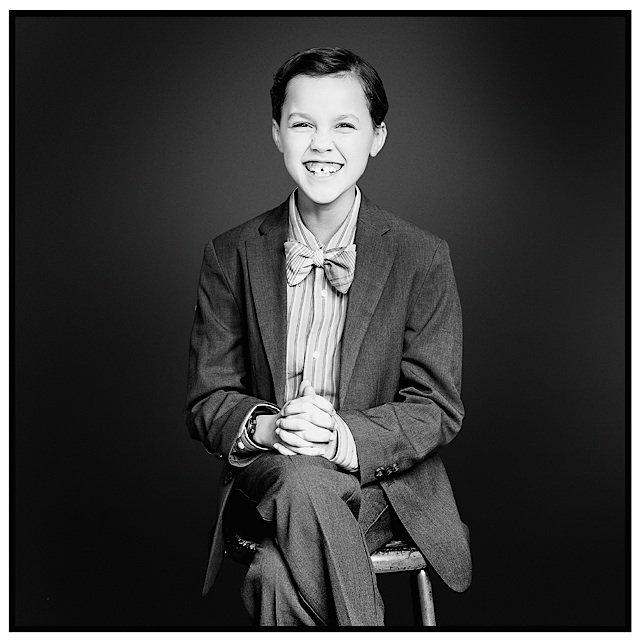