The State of Marriage 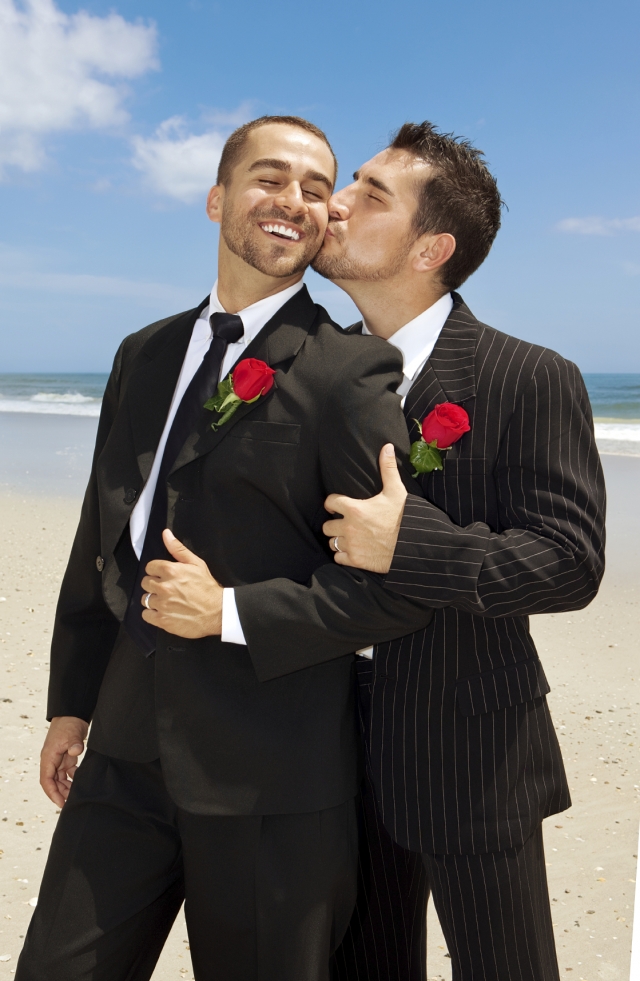 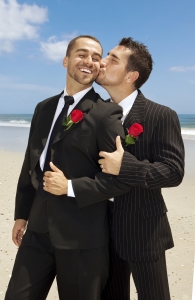 In the fall of 2010, many in the GLBT community nationwide were struck by a surprising fact:  for the first time in recent memory, same-sex couples’ right to marry was not on the ballot anywhere in the country.   This was seen as not such a bad thing:  with one unusual exception, every previous vote had been won by those who would forever deny these couples access to marriage.

Two short years later, marriage is the subject of hard-fought campaigns in four states, and virtually every legal analyst agrees that the United States Supreme Court will take at least one marriage-related case in its current term, which began October 1.  Is it time to cringe and await the inevitable string of defeats yet again?  On the contrary, this time, expectations are considerably higher that we have turned a historic corner and will see victories in the coming weeks and months.

Let’s start with what is virtually guaranteed:  few doubt that the US Supreme Court will agree to hear the federal government’s appeals from a string of losses in federal appellate courts in California, Massachusetts, and New York, every one of which concluded that the federal “Defense of Marriage Act” (DOMA) violates the constitution’s guarantees of equal protection of the law.  DOMA declares that, for federal purposes, “marriage” means different-sex marriages only;  DOMA does not, and could not, prevent states from ending marriage discrimination.  DOMA “only” means, for purposes of this discussion, that the federal government will ignore the existence of same-sex marriages, even in states where they are recognized as legal.  The US government has consistently failed in its efforts to argue that the government may lavish rights and benefits on some marriages while refusing to recognize other, equally valid, marriages.  Given the uniform appellate rulings, many are cautiously optimistic that the Court will affirm them, at least as they apply in states where same-sex couples may marry— but we likely won’t know the outcome before June 2013.

The other big marriage-related case that the Court is considering taking is probably the one that is higher-profile:  Prop 8.  In June 2008, the California Supreme Court ruled that the state’s constitution required permitting same-sex couples to marry, and marriages began shortly thereafter.  However, that November, voters changed the constitution by approving Proposition 8, defining marriage as exclusively between a man and a woman.

Controversially, several couples filed a federal lawsuit against California, arguing that Prop 8 violated their rights under the US constitution.  Initially, the lawsuit had little backing from “establishment” GLBT groups, who feared it could prove to be the vehicle for a US Supreme Court ruling that would set back the cause of GLBT equality for years—something that has happened in the past.  Still, the first court ruling, by a federal district judge in San Francisco in August 2010, fully supported the plaintiffs’ arguments and struck Prop 8 down (California agreed with the plaintiffs that Prop 8 was unconstitutional, and the provision’s defense was taken up by right-wing groups that had promoted it).

On appeal, however, the Ninth Circuit—widely viewed as the nation’s most liberal, and thus, in theory, its most GLBT-friendly—was not willing to go so far.  It narrowed the trial court’s ruling considerably, focusing on the one aspect of the situation that was unique to California:  the court said the constitutional problem was found in the fact that Californians had voted to strip some of their neighbors of a right they had, while preserving it for others—with no obvious reason to do so other than a desire to discriminate.  Significantly, the Ninth Circuit went out of its way, repeatedly, to broadcast that it was NOT deciding the core question of whether denying same-sex couples the right to marry was, itself, unconstitutional.

While still a major victory, because the ruling’s impact would be felt nowhere other than California, and because the appellate court avoided the core question of marriage equality, many observers believe the Supreme Court will choose to focus its marriage-equality attention on the DOMA cases and not accept the Prop 8 case for review.  If that happens, the Ninth Circuit ruling stands, and marriage equality returns to California after a four-year hiatus.  Or the Court could take the case, and there is cautious optimism that, because the Ninth Circuit’s opinion relies heavily on decisions written by Supreme Court Justice Anthony Kennedy, Kennedy could be persuaded to join the four perceived liberals on the Court to provide a 5-4 ruling against Prop 8.  Only time will tell.

At the state level, votes on marriage equality will occur November 6 in Maine, Washington, Maryland, and, of course, Minnesota.  Polling has consistently shown the equality position winning in Maine, and to a lesser extent in Washington;  Maryland is far less clear.  Recognizing that polling may prove inaccurate, many advocates remain convinced that voters in at least one state among the first three will vote to approve their respective legislature’s marriage-equality legislation.  This would be a turning point indeed.

And here in Minnesota?  Again, polling has suggested the vote will be unbelievably close, and the trend has been that supporters of the proposed amendment excluding same-sex couples from marriage slightly outnumber opponents.  That said, few polls have indicated that supporters have crossed the magic 50% threshold that they must exceed in order to see the amendment approved (leaving the item blank counts the same as a “no” vote).  There remains broad optimism that Minnesota will be the first state to defeat a proposed amendment focusing squarely on marriage.  Every person can still make a difference by engaging people in conversation about why this amendment is bad for Minnesota.

But here’s something to remember:  even if the amendment is defeated November 6, that does not mean that marriage equality arrives November 7.  In the event the amendment fails, thanks to the unprecedented, amazing work of Minnesotans United for All Families, all that means is that we would find ourselves in the same position we were in November 5—namely, living in a Minnesota with a statute, but not a constitutional amendment, that bars same-sex couples from marriage.  Nothing would prohibit legislators from repealing that statute, but naturally this would depend on electing a legislature that would be open to such an effort.  While many expect the 2013 legislature to include more GLBT-equality supporters, it’s not certain they will be in the majority.

Voter rejection of the proposed amendment is also crucial to the efforts of three Minnesota couples who launched their own lawsuit against the State in May 2010, seeking the right to marry.  Because their arguments are based on the current language of the Minnesota constitution, if the language is amended, that State-court lawsuit becomes moot.  The couples’ attorney has declared that if the amendment passes, they will pursue a federal action like that of the Prop 8 plaintiffs.  Unfortunately, Minnesota is in the Eighth Circuit, which is perceived to be far less liberal, and thus, in theory, less GLBT-friendly, than the Ninth Circuit, and even that court avoided the core question of whether prohibiting same-sex couples from marrying (as the amendment would do, if passed) is unconstitutional.  The same national GLBT litigation organizations that have been successful in marriage cases elsewhere discourage attempting this sort of effort at this time, given the current population of the federal judiciary.

It’s also critical to remember that even if the amendment passes, the conversation about same-sex couples’ constitutional right to legal recognition in Minnesota is guaranteed to continue.  As of this writing, six states plus the District of Columbia permit same-sex couples to marry;  another nine offer something that is the equivalent of marriage (civil unions or domestic partnerships), and three more provide a limited form of legal recognition.  In other words, in 2012, eighteen states plus DC offer some form of substantive legal recognition for same-sex couples;  ten years ago, the number was one.  On a more local level, nineteen Minnesota cities have enacted domestic-partner ordinances;  four years ago, the number was, also, one.  Add in the broad international movement toward relationship recognition for same-sex couples, from South Africa to Argentina to Canada to Australia to Sweden and many countries besides, and the trend is clear:  legally recognizing same-sex couples’ relationships is an idea whose time has come, and even a negative vote in one or more states in November, and even a negative court ruling will hold back the tide only so long.  Each and every constitutional amendment denying same-sex couples access to marriage will, in the end, go the way of Prohibition.

It’s frustrating to wait for full equality to come, but come it will, with each of us playing our parts to make it happen.