The Continuous Evolution of Christopher Straub

Christopher Straub is like a machine that never stops moving. Project after project, Straub’s creative vision has made its mark on the Twin Cities landscape. His social media followers know that just in the past couple weeks he has finished a collection and shown at Fashion Week Minnesota, took on and completed an illustration project for a client, released a new line of sketch books in his online store, is a style expert for the Mall of America, and co-hosted a morning talk show. 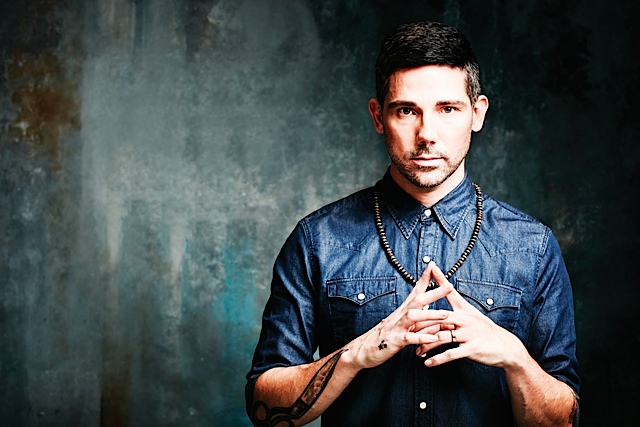 Yet, with all of this going on, Straub stays true to his Minnesota roots. Following his Project Runway appearance, Straub made the conscious decision to establish his Minnesota brand rather than relocate. “I’ve had plenty of opportunities outside of Minnesota but I want to stay here,” Straub says. “It’s my home state and we Minnesotans like to support each other. Also, in LA and New York there are a million people trying to do what you do… I feel like I would get lost in the crowd.”

Would he get lost in the crowd, though? The designer, ever a fan of unconventional materials, has racked up quite the resume since his time on Project Runway. Having partnered with Vitamin Water, Home Depot, and other unexpected brands, Straub brought his fashion design to new heights.

“I love working with unconventional materials,” he says. “It really allows me to be more creative and to give the viewer a WOW piece. I like to hear people say things like, ‘I couldn’t even tell it was made out of tape/tarp/mop/tile/lettuce/etc.’”

Straub has even gone as far as to proclaim on social media last month, “If they ever make an ‘Unconventional Materials’ season of Project Runway…SIGN ME UP!”

His love for unconventional materials led him to collaborate with Yoplait. Yes, the yogurt giant…that Yoplait. Twin Cities fans may have seen his work on a billboard in downtown Minneapolis showcasing not only Straub’s fashions on models, but he designed the cups of yogurt that the models were holding as well.

“Yoplait’s palette of colors and flavors really inspired me for this project,” Straub says. “For me, fashion is more than designing clothing — it’s about translating real-life textures and lines into statement pieces. I wanted to find the personality in each flavor and bring it front and center.”

It all started with a chance meeting with representatives from General Mills, who then asked him to redesign their packaging for a nationwide Target exclusive (the limited edition cups appeared in Target stores in the spring of 2015). The campaign culminated at an event during New York Fashion Week at which guests were treated to butler-passed Yoplait cups featuring his designs at Lincoln Center.

Beyond fashion design, Straub has entered the children’s market. 2014 saw the advent of Straub’s Kickstarter campaign to fund his children’s book, Albert the Confused Manatee, and accompanying stuffed animal.

“The children’s book on Kickstarter was a success and gave me the momentum to get the project off the ground and to continue with other books and toys,” he says. “In addition to the kids products, I continue to make leather wallets, underwear, and custom fashion designs.”

Being an illustrator, Straub has done many drawings for both individuals and companies, so the book wasn’t too much of a stretch. “This was my first time creating something so visual and doing it as a children’s book was the perfect way to bring Albert the Confused Manatee to life,” he says. “Also, as a fashion designer, I was really involved in the style of the plush toy that goes along with the book. I helped develop the furry material that the Albert toy is made of…I wanted him to look different from all other plush toys out there.”

From stuffed toys to the big screen, Straub’s designs were featured in the 2012 film Death to Prom, filmed in Minneapolis. The film also garnered traction as a Kickstarter campaign and quickly gained fans and followers. Using local talent, filming locations, and services, the film debuted to critical acclaim.

“At first, they asked to borrow some existing dresses from my archive,” Straub says. “After reviewing my collection and the script, we decided to have me design several custom pieces for the movie including a prop dress that was to be set on fire. Seeing my designs on the big screen was a great feeling.”

Of course, from yogurt cups to books and stuffed animals, Straub has more than just apparel under his belt. So what creative outlet does he enjoy the most? “I wish I had a good answer!” he says. “I love being an artist and just CREATING all the time. I’m living the life that 10-year-old Christopher wanted his adult self to live. Each project satisfies different parts of my brain so I’ll continue to create a wide variety of goods.”

Other than design, Christopher has other passions including fundraising and political awareness. Through his product development with Maurices (the young women’s clothing store) Christopher has helped raise over $400,000 for nonprofit causes including American Cancer Society, Child Neurology Foundation, Fraser, Make-A-Wish, and Children’s Cancer Research Fund.

“Giving back is something that’s important to me,” Straub says. “American Cancer Society and Child Neurology Foundation being some of the closest to my heart in addition to other children’s charities and marriage equality.”

Yes, between giving back and seemingly creating new work constantly, Straub is a busy man. Just this fall he is working on two fashion shows that keep him “chained to the sewing machine.” But that’s not all. Fans of his children’s book can expect to see two more debuting this fall: Rocky the Confused Platypus and Albert’s Underwater ABCs. Of course, what would the Confused Platypus be without an accompanying plush toy? Add it to the Christmas list, folks, and be on the lookout for Straub’s latest ventures to hit shelves (and racks) in the coming weeks.

To stay up to date with Straub’s upcoming collections, or see where to purchase his pieces, visit www.christopherstraub.com and follow him on Twitter and Instagram (@schmistopher).