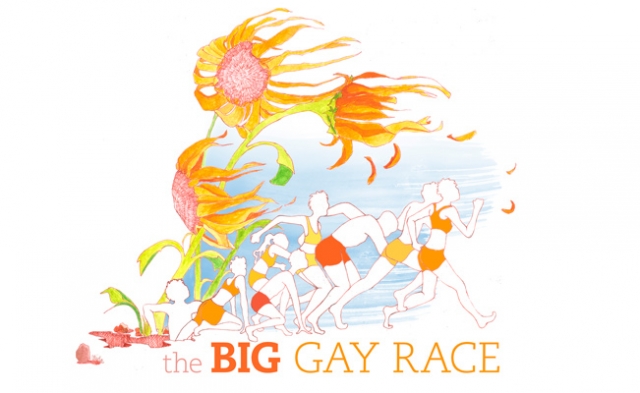 Last year, thousands of people in sneakers hit the Northeast Minneapolis streets to run and walk in The Big Gay Race to raise awareness and money for marriage equality. This year, The Big Gay Race is back—bigger and gayer than ever. The event on September 29 is anticipated to be the “biggest event in the entire amendment cycle,” with over 6,000 people estimated to walk, run, and observe.

Jacob Frey is without a doubt one of the most influential people in raising awareness and money for Minnesotans United for All Families to defeat the anti-marriage amendment this November. As the organizer behind the Big Gay Race in 2011 and again this year in 2012, Frey has become one of the biggest allies for GLBT people and marriage equality. Frey says that many people question his involvement as a straight ally, but he has an immediate reply. “It’s because it just sucks,” Frey says. “If I’m getting screwed over, I would want people to stand up for me as well. The way I look at it is that you don’t need to be part of the population that’s getting screwed to stand up and say it’s wrong.”

Frey organized the race last year in order to offer a fun way for people to get involved in the fight for marriage equality. “It was pretty apparent that there was this constitutional amendment that was most likely going to get on the ballot…I thought to myself, ‘Hey, what would be something I can do that would give a lot of people something to look forward to in the face of the weight of some pretty nasty decisions. I got a permit for the Big Gay Race, and off I went.”

One reason that marriage equality is so important to Frey stems from his observations of loving couples during his childhood. His parents were professional modern ballet dancers and had many friends who were gay. Frey notes, “As far as I was concerned growing up, some guys like guys, and some guys like girls…more than anything, it’s a non-issue.” Frey’s family embedded the idea in him that “everybody matters, and that everybody has the right to be with someone they love.”

Those couples Frey saw influenced him to become the man he is today. He humbly states, “I saw the most loving relationships I’ve ever seen in my entire life. The way they taught me how to love and how to live my life in general has had a huge impact on my life. And if I don’t stand up for them, what kind of person am I?”

Frey believes that “this will be the biggest event—the biggest fundraiser and biggest outpouring of support in terms of numbers—in the entire amendment cycle. If you’re going to take a stand and you haven’t done it yet, this is the place to do it.”

Join Jacob, Minnesotans United for All Families, and Lavender Magazine at The Big Gay Race on September 29 to take marriage equality to the streets! Registration until the day of the race is $30, with same-day registration set at $35. All the proceeds of the race will be donated to Minnesotans United for All Families and their campaign against the hateful anti-marriage amendment. For more information, visit www.mnunited.org/biggayrace.