Recognized for their Exceptional, Transformational Contributions to Our Community

Each year, Twin Cities Pride recognizes organizations and individuals who’ve had compelling, lasting, and transformational impact on the GLBTQ community locally. On May 21 at Intermedia Arts, the Grand Marshal Reception and Art Exhibition took place, honoring this year’s awardees. Learn more about these inspiring people below:

As Andrea said in her #TogetherWeCan story (found at tcpride.tumblr.com): “As a trans-identified artist, one of the most important aspects is to be authentic. I wanted that for my life, to be authentic with myself, with family and with those who loved me. Did I lose friends when I became my authentic self? No. I found my true friends when I began this transition. Transitions have beginnings but they never really end. It is a challenge I and others face bravely every day.”

By all accounts, Andrea Jenkins truly needs no introduction in this community. She’s a leader, a poet, a writer, a performance artist, a current and former member of the board of directors for several local organizations including OutFront Minnesota and SMARTS. Andrea is a former Senior Policy Aide, where she served for twelve years. She’s a mother of daughter Nia, a grandmother of granddaughter Aniyah, and a co-curator of Intermedia Arts’ Queer Voices Reading Series. Andrea has been a Naked Stages Fellow, through which she produced a one-woman show loosely based on her manuscript Black Pearl. She’s a grant recipient for her spoken word poetry. Today, she leads the trans-history project at the Jean-Nickolaus Tretter Collection Archives at the University of Minnesota where she’s collecting, archiving, and sharing hundreds of hours of conversations with transgender people from Minneapolis, Chicago, and the rural reaches of the Midwest, creating a lasting record of their journeys. 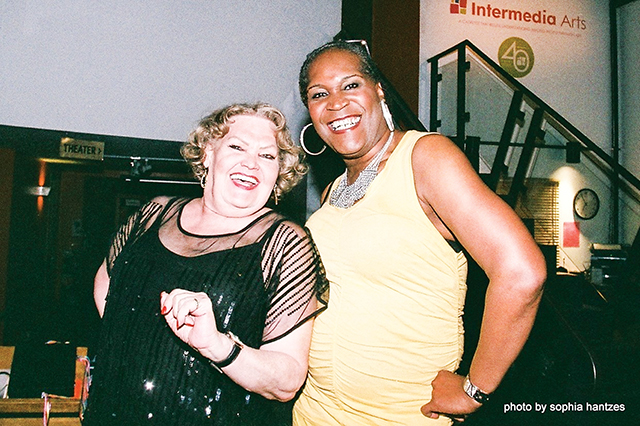 Julie Dafydd is recognized across our community for myriad reasons — in fact, she was a writer for this very publication — “Consider the Source” ran for years. Julie has long been dedicated to fundraising and awareness-building via The Imperial Court of Minnesota. And she’s a lady of the stage, including her one-woman play, Soderville, in which she plays herself both today and in her past. In Soderville (named for the Minnesota town in which she spent most of her youth) Julie brings us into her personal history, including her struggle as a youth and her eventual transition. Recently, Julie joined TheColu.mn as a contributing writer for a recurring post called Transformation. 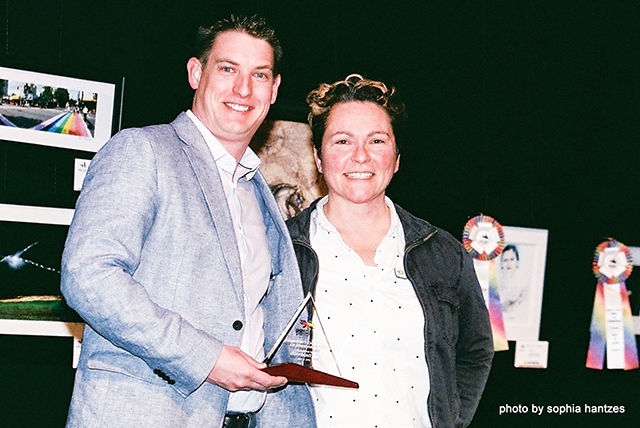 OutFront Minnesota works to lead Minnesota toward GLBTQ equality through community organizing, public policy, anti-violence, legal, and education/training. OutFront co-founded Minnesotans United for All Families with Project515 (one of the largest grassroots movements Minnesota has ever seen) working with coalition partners and community members to defeat the proposed constitutional amendments that would’ve limited the freedom to marry.

They also worked with the Minneapolis Trans Workgroup to raise awareness and support for the City Council’s vote around designations of single-user restrooms by sex, making things easier and safer for trans people. 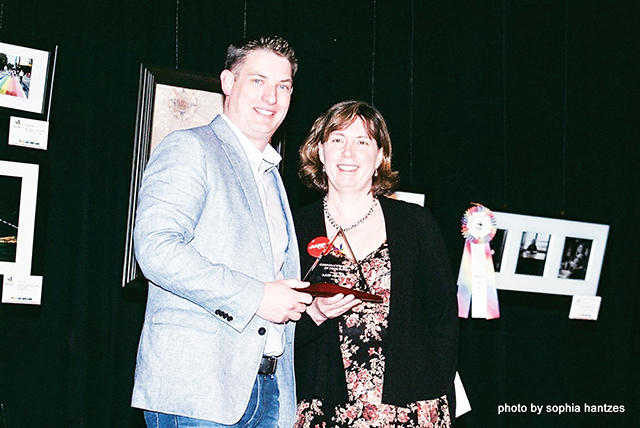 Mistreatment and disregard of GLBTQ seniors is not unique to long-term care facilities; often GLBTQ seniors are disproportionately affected by issues of stigma, isolation, and unequal treatment. While enduring the normal, human process of aging, their identity can make their lives even more difficult.

In response to this important community and to offer more support, AARP Minnesota teamed up with Prime Timers MSP and Little Brothers-Friends of the Elderly on Boomer Town, a 50-plus area in Loring Park during Pride weekend where seniors/elders of the GLBTQ community who have given so much of themselves can relax, enjoy one another’s company, and find resources intended especially for them.

It’s important that we all remember how much this senior community has contributed to get us to this historical time in our community. Thanks to our older GLBTQ community for their courage, and thanks to AARP Minnesota for this important work to honor them.