Target Boycott Appears To Be Working 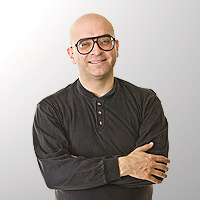 When Target Corporation donated $150,000 to the right wing, antigay, MN Forward last year, they were blindsided by the firestorm from outraged shoppers who were more socially conscious than the Target Board seemed to have been aware. Randi Reitan, whose son Jacob is openly gay, tore up her Target credit card on camera, renounced her loyalty to Target, and unexpectedly became a YouTube sensation.

Better yet, her symbolic action spurred a national boycott of Target stores. MN Forward was an ardent backer of right wing gubernatorial candidate, Tom Emmer, who has been compared in both style and content, to the male version of US Representative Michele Bachmann, a politician with whom he shares similar views. He has also been a booster for hyperbolic heavy metal Christian shock jock, Bradlee Dean.

After MoveOn.org created a critical video of Target’s donation and crafted a petition to address that, the independent Minnesota news service, The UpTake, filmed and posted the petition’s delivery to Target headquarters. Reitan says, “I thank The UpTake. They got the video out there to such a large audience immediately. I heard from so many who had watched ‘My Last Shopping Trip to Target’ and decided they were joining me in boycotting the store. It went viral very fast.”

That boycott, as reflected on Facebook, now has over 358,000 participants, debunking conventional wisdom that boycotts are ineffective. Part of its success has to do with fears expressed across the political spectrum about the Citizens United decision by the Supreme Court in January of last year which radically expanded the ability of corporations and unions to make political donations. Target’s $150,000 seems miniscule in a political system drenched in money and the political favors that money buys, but it was seen as an arrogant act where a corporation could use their clout to unfair advantage in order to thwart the will of the people. It was also the first high profile post-Citizens United example of pointedly partisan corporate giving to a hurtful organization.

Though boycott success and failure rates are difficult to decipher, Matt McNeil, who hosts a popular Minnesota issues program on AM950, has been conducting his own personal Target boycott experiment. McNeil has been tracking how his own household has diverted thousands of dollars from Target. On June 8 he broadcast that his family expenses that would have definitively been Target purchases, so far this year, were at $12,664. McNeil shares, “Since then I’m up to about $14,000. Here I am, one guy, married with kids, from Minneapolis-St. Paul. It’ll soon be $15,000 they’ve lost from me. That’s one tenth of the donation given to MN Forward. And Target’s numbers are down. They’re not hitting industry standards for retail. They’re still making profits but they’re lower than the rest. My family’s $15,000 has to have an impact.”

The boycott has also succeeded from another angle. Last year, Minnesota Representative Ryan Winkler (DFL-Dist. 44B), who thankfully sponsored the state’s campaign disclosure law, was shown a fundraising sheet from MN Forward that revealed that group planned to raise $10 million from corporate donors for upcoming elections. Winkler said he received the sheet “from one of the employees of one of the companies on the list. They targeted Target for a one million dollar donation as well as other corporations.”

As Reitan interprets this, the original $150,000 “was just the first check Target had planned to write. The boycott stopped other checks, so it was successful on that front. The boycott also put other corporations on notice that people are watching who they support in elections. That was an important lesson taught by the boycott and another way to call the boycott successful.”

When I asked Target CEO Gregg Steinhafel’s office about the list Winkler received, his spokesperson, Jessica Carlson replied, “We have no additional information to share.”

A few weeks before, I had inquired with Steinhafel’s office about how he thought the boycott was affecting business. As a bit of background for the reader, I had also queried Steinhafel’s office in late February with the following questions: 1. When exactly did Target stop donating to antigay candidates for the 2010 fall election? 2. Have there been specific internal meetings with Target’s GLBT employees? 3. What was Target’s reasoning for donating to US Representatives John Klein and Erik Paulsen’s campaign? 4. I understand that there are new guidelines re: vetting of contributions, so who does this vetting, how are they chosen, and what are their vetting criteria? 5. How will this new policy committee be selected?” (Klein and Paulsen’s social issues stances are comparable to US Representative Michele Bachmann’s.)

Carlson replied last month saying, “We have nothing additional to share with you beyond the information we provided earlier this year.” That earlier information, which Carlson sent to me Feb. 24 stated, “Thanks for reaching out. During and immediately following the 2010 election cycle, Target undertook a review of its political giving policies and practices. As part of this process Target has established a Policy Committee consisting of our most senior executives to guide decision-making related to financial support of political activities.” She named no names and gave no detailed answers.

In February and July I also made the following inquiries to Daniel Duty, the ranking co-sponsor of Target’s GLBT business council. I asked about his thoughts on the boycott, if he had any face to face discussions with Steinhafel about the donation fracas and/or GLBT issues, and about a so-called Creating Change workshop that Target, Best Buy, and General Mills representatives had with certain GLBT groups this past winter.

Duty never responded, but in July, Carlson did, with “I understand you’ve reached out to others within Target, including Daniel Duty. Please consider my response on behalf of the entire company. We have nothing additional to share beyond the information we provided earlier this year.”

While some GLBT organizations continue to receive support from corporations with antigay leanings, more GLBT individuals and allies are not necessarily supporting those corporations with their dollars. As Reitan says of the new Target landscape, “It made me a new kind of consumer. I have heard from many who feel the same way. I feel we now must look carefully at where we spend our money because the dollars we spend could end up helping a political candidate who we would not want to see win.”