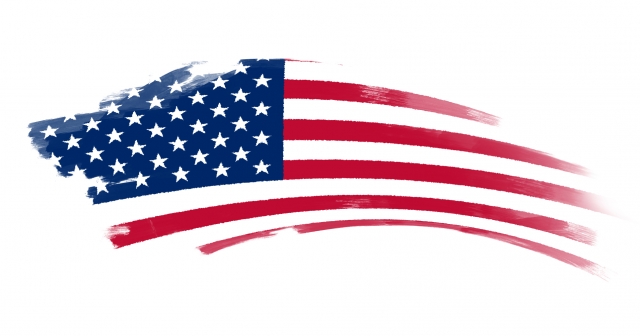 On Saturday morning, February 9th, 2013, I got the chance to have a telephone interview with Richard Carlbom of Minnesota United for All Families to chat about strategy.  I have been writing about passing same-sex relationship recognition for a couple of months and wanted to pick Carlbom’s brain about what that organization is doing to drive the issue.  He graciously agreed to speak with me about how the organization plans to accomplish this feat.

Stevens: What is Minnesotans United for All Families’ (MUAF) overall strategy for getting passage in the legislature this year?

Carlbom: First off, you know the conversation that has taken place over the past two years so we are in an incredibly strong position to accomplish this in 2013.  The majority in the legislature, I actually refer to them as the marriage majority.  The conversation that took place over the past two years led to a pro-marriage majority today, folks who think couples should join marriage.  So I’m very excited that Minnesota is in the situation where we can go from being immersed in, what I felt as a gay man, was a very hurtful, divisive conversation but actually ended up uniting our state.  If we can turn that conversation into an opportunity to do something really positive, to improve the lives of people, and to view that same-sex couples take responsibility for each other and join marriage. Very exciting.

Stevens: MUAF has recently become a lobbyist group.  You actually have lobbyists working at the capitol, isn’t that correct?

Carlbom: Yeah, oh yes.  Part of the strategy here is we need a broad and robust campaign. We have community organizers who will be working throughout the state of Minnesota.  We have more than 40,000 volunteers who are able to have effective conversations with friends, family, neighbors, and political leaders.  So we are going to train our volunteers on how to have the most effective conversations with their legislators.

We have community organizers, a communications team that Jake Loesch heads up, including social media and online media.  And kind of the third leg of the stool is a presence at the capitol. We need to make sure we have a team at the capitol that is able to provide information in terms of how to approach this issue.  Different legislators will have different thoughts when it comes to this issue.  It’s really important for us to inform the efforts on the ground.  The lobby team at the capitol will be in the position to give us information so we can answer the questions legislators have.

As for how our campaign is structured, there are some really dedicated people who are focused on making progress, basically getting this done in 2013.  I’m interested in getting [it] done this legislative session at the end of May, just a few short months away.  Minnesota can [then] be a place where same-sex couples can be recognized in marriage just as any straight couple would.  They will have all the [same] opportunities and responsibilities.

Stevens: Who is actually lobbying at the state capitol?  Are you one of the lobbyists Richard?

Carlbom: Well, the law that describes a lobbyist is very specific. I am registered technically as a lobbyist but I’m not doing the bulk of the work.  Our lobbying team is incredibly talented and very well-respected. It’s led by Nancy Haas at the firm Messerli & Kramer.  She’s very talented and she has colleagues at that firm that are working with her including James Clark, Eric Hyland, and Tom Poul.

In addition to those folks from Messerli & Kramer, we also have Cristine Almeida, Larry Redmond, Todd Hill, and Jill Sletten working on behalf of same-sex couples.

Stevens: I’ve written pretty extensively on the issue of rural DFL legislators having trouble voting for this; especially given they are in districts that voted for the Marriage Amendment.  Is there a specific strategy you have for persuading people from these more conservative areas to vote for same-sex marriage?

Carlbom: First off, to assume certain members are going to have a hard time voting for this because of where their district is at on the question of marriage [isn’t correct].  I don’t think anyone should make that assumption.  There are a lot of leaders in the legislature including from districts that didn’t necessarily oppose the Marriage Amendment who understand that marriage is about love, commitment, and responsibility.  As leaders, they understand that the country and Minnesota is moving in the direction of a greater understanding that couples shouldn’t be denied to marry the person they love.  I think we are actually in a very strong position as to members of the legislature, they understand the historic nature of moving in the right direction and being on the right side of history.

Second, when it comes to how voters decide who they want to vote for, and the issues that drive their vote, [same-sex marriage] actually proves to be very low on the priority list. People vote for their legislators because they want more jobs created.  They want a better education system.  They want healthcare reform.  They’re concerned about either increasing or lowering taxes.  Those are the reasons that actually drive the vote for an elected official.  Marriage is not actually a driver at all.  When you ask voters in Minnesota whether or not the marriage issue will impact their vote for an official, in terms of priorities it’s usually below the number twenty.  There are more important things to voters than this issue.  When people in the legislature are ready to make a decision, and consider their vote on [same-sex marriage], they understand what issues [are] driving people to vote. This isn’t one of those issues.

Stevens: Unfortunately, that’s a sword that cuts both ways.  If it’s not a high priority position, it’s also easy to set aside.

Stevens: Immediately following the election, every DFL leader said ‘let’s stand back and take a breath.’  I know some have moved forward a little, Speaker Paul Thissen has stepped up and said we need to talk about this. But Majority Leader Tom Bakk remains pretty skeptical about the whole issue.  I understand what you’re saying about the leadership believing it’s important but I remain skeptical especially since there is not even a bill at this point.  When I spoke with Sen. Marty in December, he said he was going to introduce a bill at the beginning of the session.  As of today, we still don’t have a bill even proposed.

Carlbom: That is because they are working with us Brett.  We want to make sure we don’t divide, disperse, or diffuse our energy and momentum on this.   From a strategic standpoint legislatively, if we have six or seven different pieces of legislation introduced, it’s going to be hard for us to get everybody to push their effort behind one piece of legislation.  Everyone will want to push their own.  So we sat down with Sen. Marty, Rep. Hausman, Rep. Clark, and Sen. Dibble and said how can we best approach this so we get this accomplished in 2013?  We agreed we’d put together a timeline. When we introduce it everyone would be united behind that one piece of legislation.  I can tell you that introduction is coming in the next couple of weeks.   Once introduction happens, things will occur very, very quickly.

I realize leadership talked about [how] we have to focus on the budget and we have to work on tax reform. Some have interpreted that as to just be patient.  What I’d say to you Brett is rather than patient, [and] I’m not a patient person, there is a difference between being patient and being strategic.  We are not being patient [by] waiting. We are being incredibly strategic.  Everything we did on the campaign was driven by data, driven by research, by hard numbers, and our approach to getting this accomplished in 2013 is also very strategic.  We don’t want to make mistakes.

Stevens: I’m an optimistic person but I’m also skeptical.  I’ve watched through the course of my life–things promised but not happening.  I’m not saying that about you or the organization, but that’s why I’m pressing these questions.

Stevens: I grew up in rural Minnesota so I kind of understand the rural DFL mindset and I’m wondering if we don’t get as many DFL legislators as we’d hope, is there a strategy to persuade GOP suburban legislators to vote for this?

Carlbom: I will say we will have rural DFLers vote for this and we will have Republicans.  Part of our strategic approach is to assure rural Democrats that voting for this is an asset–not a liability–for them.  They will get the support they need.  We will do everything we can to get them reelected.

When it comes to Republicans, we are in a lot of conversations with Republicans.  We are very excited about the support we are getting from Republicans.  I predict we will have Republican votes on this.  There are people you will expect and people that will surprise you.  This will be a bipartisan success.

Stevens: If we are getting into April or May, and the whips (head counters) are finding there just aren’t enough votes for this to pass, are we going to still press for a vote on it?

Carlbom: We will have a vote. We will prep for a vote but it’s my belief we will have enough votes for this to pass.  We are going to get a vote on this.

Stevens: If we are not able to get this passed, would you be willing to accept something as a compromise position?

Stevens: So, it’s pretty much all or nothing at this point?

Carlbom: Yeah, I’m not going to accept or even entertain on behalf of the community the idea we would officially designate ourselves as second-class citizens.  Right now, we are treated as second-class citizens because we are prevented from having the freedom to marry. Any kind of compromise outside of marriage, I believe would be officially establishing GLBT people as second-class citizens.  I don’t need separate but equal.  I want marriage.  This is very hard for me.  I know couples who’ve been together for forty years and more and desperately want recognition.  I don’t believe compromise is good for our community and it’s not something I’m willing to entertain.

Stevens: What can the GLBT community and our allies do to prepare for the proposed bill?

Carlbom: There are three things we can do.

Carlbom and the Minnesotans United for All Families’ strategy is thoughtful and organized.  Given enough support on the ground, this will be an engaged fight.  However, I have three questions about Carlbom’s strategy.  First, legislative leadership has moved slowly since the election.  Can we rely on them to extensively push this issue to the forefront? Second, Carlbom hopes rural voters have the right mix of caring and not caring about the issue to allow legislators to vote for same-sex marriage.  Will that be enough?   Finally, while Carlbom doesn’t want to compromise, he’s not the only person who has a stake in this fight.  Is saying we are “second-class citizens” an empowering way forward?  I’m not a second-class citizen.  I have my vote, my voice, and my viewpoint to affect the world around me.  If same-sex marriage legislation doesn’t pass, should we settle for nothing?  As Carlbom said, “As a journalist, as a voice in the community, you need to do your part which is to press forward and press these questions.”  I will continue to do so and so should you.