Taking and Leaving: Questions and Answers with Kevin Sessums 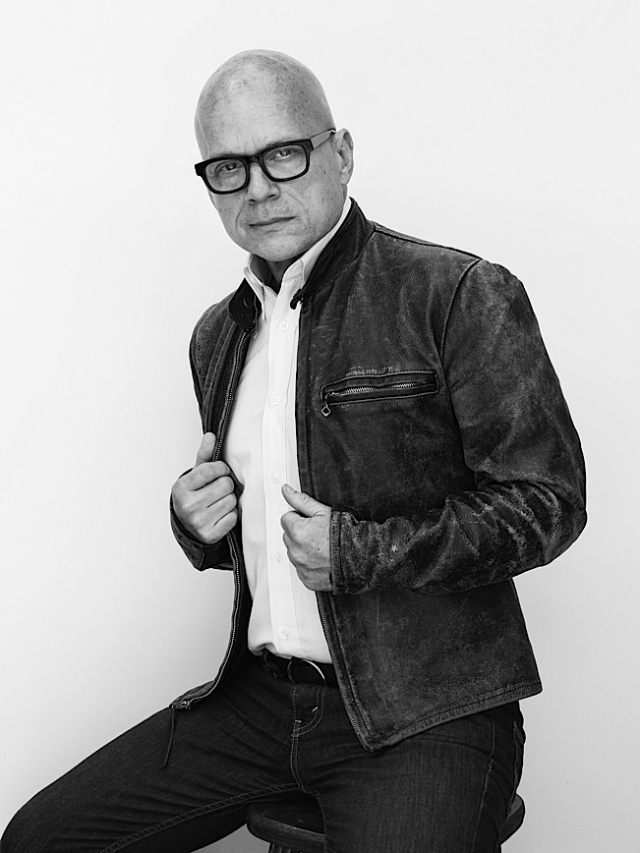 Kevin Sessums’s Mississippi Sissy (see Lavender, Issue 340) was bookended by death: his parents, gone by the time he was eight, and the murder of dear friend and mentor, journalist Frank Haines, when he was 18. Between that time and the opening of I Left it on the Mountain, on the hung-over morning of his 53rd birthday, Sessums had acted, written for Andy Warhol’s Interview, and been a celebrity interviewer for Vanity Fair. He had also become addicted to sex and drugs, and, in this memoir, began asking hard questions of himself. The mountain of the title is Kilimanjaro, whose summit Sessums attained; the depths, numerous and nameless, he plumbed from within. Sessums recently answered some questions from Lavender concerning this segment of his life’s journey.

In the 2008 Lavender interview about Mississippi Sissy, you said, “I can carry on a conversation with anybody. After spending time with Eudora Welty when I was a teenager, interviewing Madonna is a piece of cake.” Here in Mountain, you write, “But questions back then were what I put to others, not to myself.” How is it now to answer to yourself?
Kevin Sessums: I know my own tricks — from both perspectives, both the one questioning and the one answering. So I guess I look on this more as confessing, or even surrendering, to my own narrative.

Like Sarah Monday, heroine of Joyce Carey’s Herself Surprised, you encounter the prodigalities of your life, whether drugs, sex, or spirituality, with a certain fresh astonishment. Do you approach life differently, now?
KS: I do approach life differently; how could one not if one is sober, a recovering addict? I now pray for one main thing. And that is to react the exact same way no matter what happens to me in life, whether that something is wonderful or that something is really bad. I pray to react with grace and humility no matter what comes my way.

You underwent major physical rigors in your quest for forgiveness, the Kilimanjaro climb, the 500-plus-mile walk across Spain’s Camino de Santiago de Compostelo, yet slipped after each of these successes. How did these experiences aid you?
KS: They proved I could be determined. I was resilient. I had fortitude. I just had to look on my getting sober in the same way and stay the course. But there is a difference. The climb up Mt. Kilimanjaro and the pilgrimage across Spain had a destination I could reach as proof I had accomplished the task I had set out for myself. Sobriety is a daily reprieve. One never reaches one’s destination. One begins anew each day. Well, I do. I can only speak for myself. I wake up. Head to the shower. Say a prayer and the thing I do after soaping up the crack in my ass is surrender to God’s will. I guess there is that: I did learn to surrender to the journey on those adventures you mention.

On the mountain, you heard your parents’ voices; on the Camino, in the sacristy of an ancient, deserted church, a bloody “Christ-on-the-Cross” opened his eyes, moved, looked at you; images of a giggling Lord Ganesha made numerous appearances, even back in New York; and Lucifer himself appeared, first in your world, then summoned you to his. How have readers reacted to these “woo-woo” revelations? How have such manifestations continued forward — if they have — into your life today?
KS: Ganesha just giggled at this question. Did you hear him?

Things went from bad to worse before you dealt with your meth addiction. You even had to give up and foster out your adored dogs, Archie and Teddy. Was that a deciding moment in your final reaching for sobriety?
KS: Yes. People have different kinds of bottoms. Mine came when I realized I could no longer care for my dogs, which in many ways were all I had left in the world. They grounded me. Loved me unconditionally. Even, in their way, forgave me for my behavior in front of them when I was an active addict. Thank god dogs can’t write their own memoirs, since Archie and Teddy could write a scandalous one. When I finally broke down and started to sob as I drove away and left them there to be cared for by these kindhearted strangers who had volunteered to foster them, the friend with whom I drove there reached out and put her hand on my sobbing shoulder. “This is what surrender feels like,” she said. I’ve been sober ever since because it was my first real moment of surrender. The presence of my dogs saved me in many ways when I was struggling so I see the poetic symmetry of their absence being the thing that rescued me, as painful as it was.

The three of you are back together again, and you’re currently editor in chief of FourTwoNine and dot429.com. Is life on an even keel again and holding? What do you see/hope for the future? Do you approach the celebrity life differently now?
KS: The book made the Celebrity New York Times Bestseller list in April. I always thought of myself as celebrity-adjacent. I still do. Is life ever on an even keel? Life is still life, its keel is as ever uneven. I just can keep my balance better now. I am not only grateful for that but am aware of being grateful.