Special Focus: Through the Rain: A Portrait of Homeless Youth 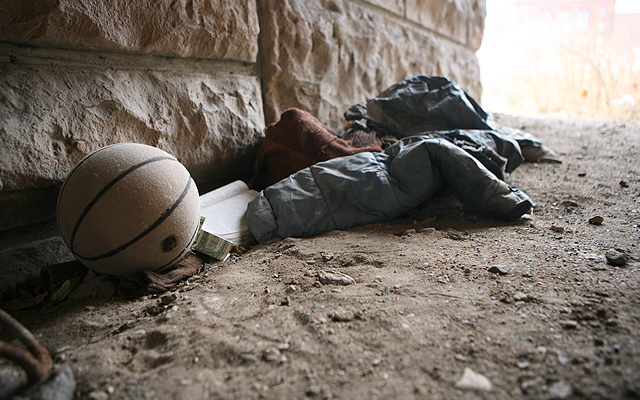 This story is true. Sincere thanks to Stephan Parker for his courage in sharing it.

The boy takes a breath, stands, and moves reluctantly through unkempt grass toward the jungle gym. He climbs into the mouth of a tube slide and pushes himself into the middle. He positions himself as comfortably as he can, and again he stares. He stares at dirty plastic, backlit by moonlight. And he cries.

The boy is Stephan Joseph Parker. He is 18 years old. He is homeless. He’s been without a house to live in for six months, but he doesn’t remember when he ever felt safe calling some place home.

Rain starts to drizzle on Stephan’s orange tube slide. The rain echoes inside. Everything echoes inside. So many families surround him–including his own. So many beds. So many goodnight kisses and “I Love Yous”. So many opportunities to wonder, “Why can’t that be me?”.

Stephan closes his eyes, and he remembers…

There are jumbo blocks and other kids. Cousins. Stephan wants them to stop taking his blocks, but they won’t. He hides with his toys under the kitchen table. This is his first memory.

There is Grandpa, the protector. Stephan’s mother and stepfather are mentally ill; his grandmother and grandfather raise Stephan until he is 7 years old, when Grandpa dies, and things begin to change. 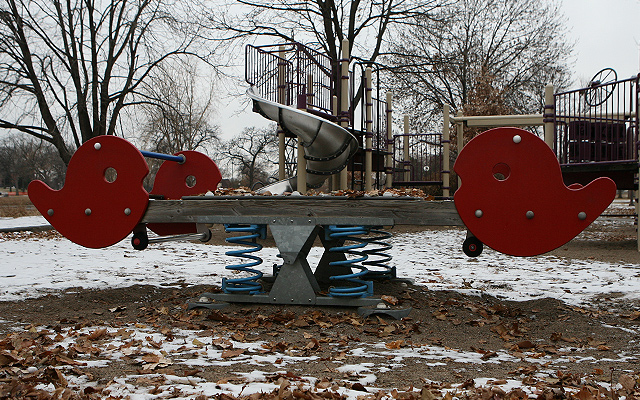 Stephan lives in Murfreesboro, Tennessee, then. His family consists of his Granny, mom and step dad, aunt and uncle, and a few cousins. He gets along best with his Granny, though she sometimes calls Stephan “fat” and “like his mother.” Stephan doesn’t blame his grandmother for her insensitivity; her behavior has been this way since her stroke.

Unable to care for Stephan alone after his grandfather’s death, Granny sends him to live with his mom and step-dad when he is 8 years old. The abuse begins almost immediately.

The family lives in an old trailer on an otherwise barren lot. Food stamps and child welfare provide food and shelter, but electricity and running water are unattainable luxuries. Stephan’s stepfather digs a hole in the backyard to collect rainwater that the family uses to bathe with (the family affectionately calls this resource “The Puddle”). Stephan’s step-dad hits him when he uses more than his fair share of water, but Stephan doesn’t blame his stepfather for his temper–”My dad didn’t know any better,” he says. Drought seasons are particularly difficult.

Eventually the trailer is condemned, and the family moves out. They find another home elsewhere in Murfreesboro, but Mom’s hoarding continues, as does the abuse.

Stephan’s mother hits him frequently. She hits him with her fists, remote controls, spatulas, and once, with a skillet (the incident permanently dents Stephan’s skull). She comes at Stephan with such ferocity and hatred that Stephan knows she mustn’t love him. He goes to the police several times to report the abuse, but he’s told that without any physical evidence, they can do nothing but send investigators from child welfare services. 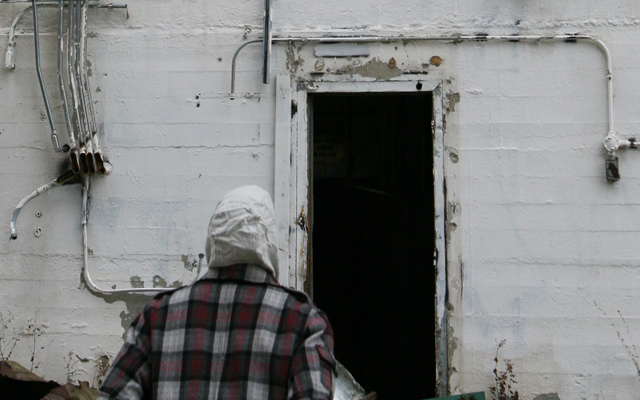 Stephan’s mother abuses him sexually at night. She sneaks into Stephan’s room as he sleeps and molests him. When he wakes, she tells him to stay quiet. He doesn’t understand why she’s doing this or what it means. He feels that this is wrong, but this is the only time Stephan feels affection from his mother. So he endures.

Stephan holds out hope for the investigators. They will save him, he knows it. Once they see the filth that he lives in, they’ll whisk him away. But they don’t. The investigators, however disgusted with Stephan’s living environment, tell him that they can do nothing because two criteria are met, even here: Stephan is fed, Stephan has shelter. He tells no one of the sexual abuse.

Then, salvation. One day, Stephan’s mother hits him hard enough to leave a mark, and Stephan wastes no time in running to the police. He shows them what his mother’s done , and he’s withdrawn from his parents and put into the foster care system.

Stephan believes this means he’s been rescued. That everything will be better. Foster care. Stephan likes the sound of it. It sounds like hope, though it turns out to be anything but.

After enduring his mother’s abuse and stepfather’s indifference for 5 years, Stephan enters foster care when he’s 13 years old. Stephan moves into a nice home; it’s clean and warm. He lives with four girls: one biological child, and three foster children. The foster mom is strict. She forbids the use of internet, phone, and prohibits Stephan from visiting or calling his grandmother.

He builds a friendship with one of his foster sisters, and the pair decide to sneak out to break free from the suffocation of the house. 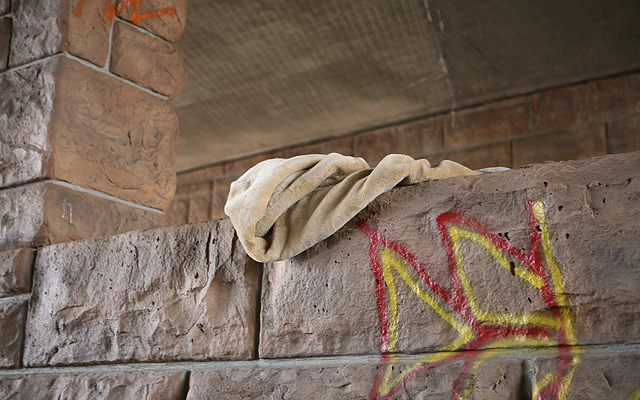 One night after climbing out through their bedroom window, Stephan and his foster sister are approached by a car full of men in their 20s. They invite Stephan and his sister to a party. The pair accept, and pile into the car. Stephan’s foster sister performs oral sex on one of the men, and after Stephan resists the same, another man rapes him at the party. The men drop the kids off at home afterward. Stephan’s foster mom scolds him for being a liar when he tells about being raped. Stephan is placed into a second foster care home.

Stephan will rotate through 6 different homes over the next 4 years. He’ll have 10 different social workers, and he’ll go to 9 different high schools.

His last foster care home has the most promise: an elderly couple Stephan met after a peer at school convinced Stephan to attend church. The couple provides Stephan with peaceful nights and a full stomach. Things go wonderfully until the couple discovers Stephan is gay.

After he posts a blog on MySpace about being gay, peers at the Baptist high school he attends confront and bully Stephan online. He tells his bullies to “fuck off,” and they respond by telling the school principal. Stephan’s principal phones his new foster family to tell them Stephan is gay, and that, in order to stay enrolled in school, Stephan will need to stand before the entire congregation of the Baptist church and apologize for his sins. His foster family agrees with his principal, and threatens to kick Stephen out if he doesn’t comply.

Stephan responds to his foster parents: “Fuck off.”

So Stephan decides to give everyone what he thinks they want.

Stephan decides to end his life. At 13, Stephan attempts to overdose on handfuls of over-the-counter headache medicine and sleep aids. The massive intake knocks Stephan out, but he’s up soon, dry heaving for hours. 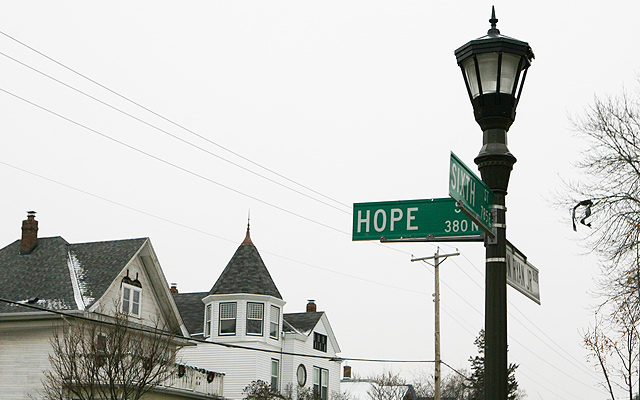 At 14, Stephan cleans a woman’s house for extra money. She’s a cop. During one visit, she leaves her gun belt on her bedroom dresser. Stephan doesn’t hesitate. He pulls the gun out of its holster, puts it to his head, and pulls the trigger. Nothing.

Stephan attempts suicide 11 more times over the next 6 years.

There is a bright spot in these years. Her name is Heather. Stephan meets her in 7th grade, when he still lives with his mom and step-dad. Heather is Stephan’s friend–the girl who cried with Stephan when his mother told him to die. She means everything to him, because she’s all he has. She is beautiful and kind. Her life is what one might call normal, but what Stephan calls…extraordinary.

Her mother and father care for her. She gets Christmas presents and birthday parties. She has a warm bed, hot water, and food to eat. She watches movies and plays with toys. Her clothes are new and her body is clean. Heather’s family welcomes Stephan over for dinner and sleepovers. Stephan fantasizes on these nights that this is his life, too. That he and Heather are family, and that her parents are his.

The boy opens his eyes. The sun is rising. Families will start pouring into the playground soon. Stephan lets himself out of his tube slide, stretches, and starts his day. He thinks about Heather. About how wonderful she is.

As usual, Stephan will visit his grandmother today. She’s as crude as ever, but Stephan loves her. He’ll have to face his hateful aunt who refused to take Stephan in. She’s always visiting Granny. But it’ll give Stephan some time to wash up, then poke around town for food, and maybe look for a new tube slide to sleep in tonight.

But today won’t be like any other day. Today, Stephan’s grandmother will tell him that she loves him. And at 18 years old, this will be the first time in his life Stephan can ever remember hearing “I love you.”

Stephan Parker is now 23 years old. After 6 months of living on the street in Murfreesboro and years of emotional and physical abuse, Stephan lives now the life we might call extraordinary.

Stephan moved back and forth from Murfreesboro to Onamia, Minnesota, for a year after being homeless. He found in Onamia an adult learning center that helped him finish his high school diploma; he met here a school counselor who informed Stephan about a program in Brainerd, MN, called Lutheran Social Services (LSS).

Stephan moved to Brainerd to enroll in LSS, and there he met Kathy Sauve and Abby Goetz, Stephan’s case manager. “They taught me everything,” Stephan says. “They taught me to trust people. I learned to be myself, and to be OK with myself.”

Stephan credits LSS for turning his life around. He says, despite the name, the organization has never pushed a religious agenda on him. It helped him find affordable housing, and provided him an opportunity to volunteer his time to the community.

Stephan still lives in Brainerd. He is studying to become a social worker to help kids like himself. He paints. He dreams of one day moving to the Twin Cities to be part of a bigger GLBT community: “I’m grateful for everything I have here,” he says, but “Brainerd can be boring.” He smiles.

He lives with his cat, Sophie; a cat, Stephan proudly announces, that “hid for the first eight years of her life–until she came to me.”

Stephan’s story mimics the story of thousands of homeless youth in Minnesota and in the United States. His is a story of success, but not everyone’s story ends so well.

Author’s note: Stephan Parker is a transgendered female-to-male. He was born “Gail” on December 11, 1987, but he’s always felt like Stephan, which is why he’s been described as such in the preceding paragraphs.