Skirting the Issues: Weighing on You 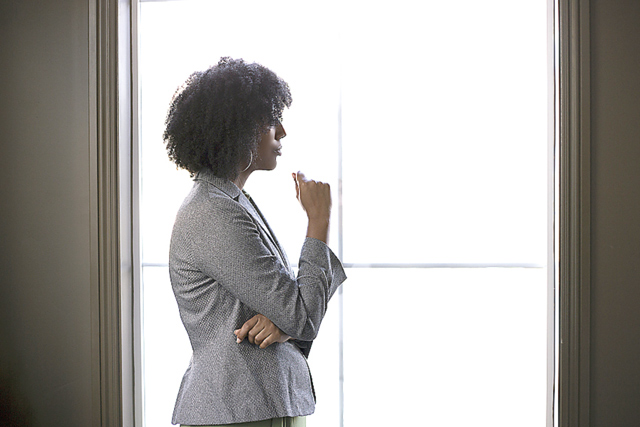 To a Zoom audience of nearly 100, I asked, “How many white-color parents or grandparents here have ever had a conversation with their new-driver seventeen-year-old son or grandson about how to react if they’re stopped by the police?” The goal was to remind that as our country presently exists, this is something that parents of black and brown kids must do. (Also, for the record, I use “white-color” because a whole lot of white people don’t believe white is a color; rather, they consider it base or “normal” and consider people with other skin colors “different.”)

A white-color woman spoke up. “Yes, Ellie, we’ve always taught our kids to be respectful to police officers if they’re ever stopped.” Her answer implied that people of color aren’t unique in having this kind of talk with their children. Before I could respond, an African American woman jumped in. “Well,” she said, “I have a different kind of talk with my kids. I tell them, ‘Your job is to come home alive,’ because being respectful isn’t a guarantee that they still won’t be killed.”

Case in point: Philando Castile was incredibly polite to the police officer who stopped him; he even volunteered that he had a legally-licensed-to-carry firearm in the vehicle with him. Less than a minute later, after reaching into his pocket to comply with the officer’s order for his driver’s license, Philando was mortally wounded with several gunshots to his chest.

The African American woman continued, “I also have a brown eight-year-old in my house, whom I’ve had to talk to about how he hangs out with his white friends. For example, if he and his friends buy candy at a store, and the other boys start running once they’re out the door of the store, he can’t run. He’d be accused of stealing.”

Please allow me to remind you that this is the America we live in: the rules apply differently depending on the color of your skin. The training where the above occurred is entitled, “Getting Past the Bumpiness.” It’s about how white-color people often find it very difficult to talk about skin color and racism; after all, for the most part, we’re (I’m white-color too) the beneficiaries of a system, that for several hundred years, has put
people with white skin at the top of the pyramid—to the detriment of all other humans.

When white- color folks are confronted with this reality, reactions range from anger, denial, shame, guilt, or tepid acknowledgement. Trust me, I’m often walking a tightrope when I conduct this training—it can be bumpy for me as well as for the audience. At the same training, another person asked, “Why are people so sensitive?” African Americans, Indigenous people, and other persons of color have been hearing this lament for generations—the implication being that their emotions around skin color and being “other” are just too inconvenient to deal with. Most white-color folks would prefer to ignore such emotions and simply want to go about enjoying a system where historically, we’ve called the shots and reaped the benefits.

My response: “If your ancestors had been enslaved or killed or held down for hundreds of years by white-color humans, you’d be pretty sensitive too.” The backdrop is that humans have the capacity to take on only so much trauma. At some point, things begin to weigh on you, and when that happens, it doesn’t take a lot to trigger an emotional
reaction.

Of all the blind spots that a good deal of white-color humans suffer from, it’s their inability to understand how things weigh on people who are “other” that holds them back the most. For example, most white-color people rarely ever think about their skin color; indeed, many white people go months, if not years, without considering that they’re white.

That’s not the case for almost anyone else. Society’s near-daily messaging in a myriad of ways has been that if you’re black, brown, Asian, Indigenous or a host of other identities, you are lesser. For African Americans in particular, it doesn’t matter that George Floyd or Elijah McClain or Breonna Taylor wasn’t your kid or relative. Because you carry the weight of two and a half centuries of enslavement and another near-century of Jim Crow, each death of a black person—with the reason for
their death simply being because they are black—is damn personal and a reminder of just how easily this could happen to you or to someone you love.

We saw the results of that weighing right here in the Twin Cities, ground zero for the awakening that America’s presently experiencing. At some point, patience and forbearance break under the weight of historical and present-day oppression.
Change is coming. It will be incredibly bumpy but well worth it.