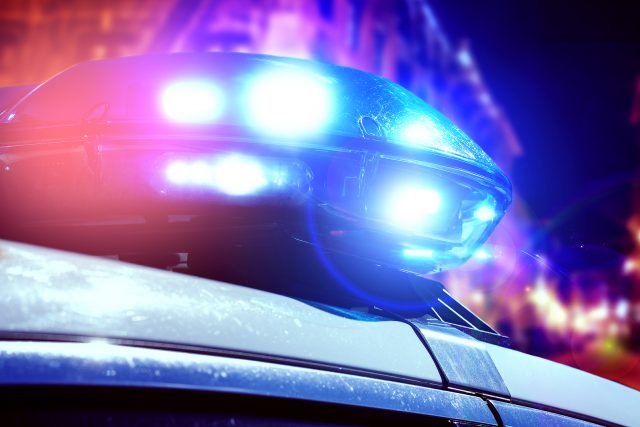 I write a couple weeks after the horrific killing of George Floyd, which was followed by peaceful protests-turned-civil-unrest that left a good chunk of Lake Street in Minneapolis more resembling war-torn Syria than America.

Along the way, we’ve been vividly reminded of the same old, same old: humans who aren’t white and their allies legitimately raging against a system that absolutely favors white skin over any other color.

Like most of you, there are so many emotions coursing through me. The one that stands—at least at this moment—is my visceral reaction to the sirens.

I live in downtown Minneapolis, a stone’s throw from the Hennepin County Medical Center, where ambulance sirens are part of the urban fabric. Until Memorial Day, sirens of all kinds were something to put up with.

Now, however, they represent something that’s extremely ominous: a white America that time and again, has refused to face up to its four centuries of oppressing people whose skin color is black.

The mechanical screams that pierce the night signal that someone else has or will fall prey to a system that for some, denies their right to dignity or to the necessities for a happy life: a good education, health care, a safe place to live, and a living wage.

No longer simply a mere nuisance, the sirens—ambulance, fire, and police—have become auditory attackers that now trigger me. Three nights ago, I flew into a panic. To protect myself, I’ve resorted to sleeping in my interior, windowless and mostly quiet, bedroom.

It’s not that I haven’t leaned into the horror. Armed with a pen and notebook, and with a big laminated press credential from AM950 (where I have a weekly radio show) hanging around my neck, at ten on a Friday night, I stood at the corner of Lake Street and Park Avenue in the middle of a thousand people—black, brown, white—all in their twenties or early thirties.

I passed a young man who had just torched several cars parked behind a building. The resulting smoke, plasticky and acrid, wafted onto my clothes, my hair, and my soul.

A police car sped by, its siren screaming wildly, but it didn’t stop.

I went up to strangers and asked, “Why are you here?”

The responses were consistent and strident: people are tired of the inequality, the police brutality, and leader refusal to dramatically alter what most believe is a rigged system. They’re also afraid; as one African American man said: “I have a seven-year-old son and soon, he will be ‘fair game’ for the police.”

To the white-color parents reading this: can you imagine thinking such a thing, having such a fear, for your child when he was seven? Or even twenty-seven?

“Move away,” someone yelled. “They just torched the gas station and it’s gonna blow.”

I hurried to the other side of the street and continued talking to strangers. For what it’s worth, everyone was polite, and no one seemed to give a darn that I’m a white-color woman with a man’s voice.

On the other hand, maybe that was simply white privilege at work.

The next day, I was in Uptown surveying a burned-out post office and still-smoldering bank building. Again, I spoke to people; a young black woman wearing gloves and a mask, who was taking a break from cleaning up, said, “No one is winning anymore. We need hope.”

Then, a young black transgender woman, Iyanna Dior, was beaten in St. Paul by a group of men and women following a minor auto accident. A video shows her cowering as a mob throws punches and screams insults.

For this, a siren wasn’t summoned—when Iyanna sought refuge at a convenience store, the manager refused her request to call the police and sent her back into the mob. Luckily, she survived.

Clearly, all of us need to think and act differently in how we treat any human who is “Other.”

My way of coping is to formulate and write. The result: I’ve issued a plan for a truth and reconciliation commission to address racism in Minnesota head-on and I’ve called upon state leadership to implement it. Part of what I’ve proposed is taking testimony from Minnesotans who have experienced racism.

I also updated a “Ten Point Plan for Changing the Diversity and Inclusion Landscape in Minnesota.” The plan, based on my experience as a human inclusivity trainer/speaker, includes the lofty goal of offering every Minnesotan implicit bias training by 2023.

Yes, both proposals are quite radical. No doubt, they’ll make some people uncomfortable, maybe even squeamish. But to change things so that another black man isn’t killed, more businesses aren’t burned, and another black trans woman isn’t beaten or murdered, requires radical thinking and being uncomfortable.

For perspective, think of how damn uncomfortable George Floyd was with a knee on his neck for nearly ten minutes while two other officers held him down to where he couldn’t breathe.

I wish I could make the sirens stop.

If you would like to see Ellie’s Call for Establishment of a Truth and Reconciliation Commission and Ten Point Plan for Changing the Diversity and Inclusion Landscape in Minnesota, go to www.elliekrug.com and click on the menu item, “Projects.” She welcomes your comments at [email protected].