Skirting The Issues: Fighting for Us All 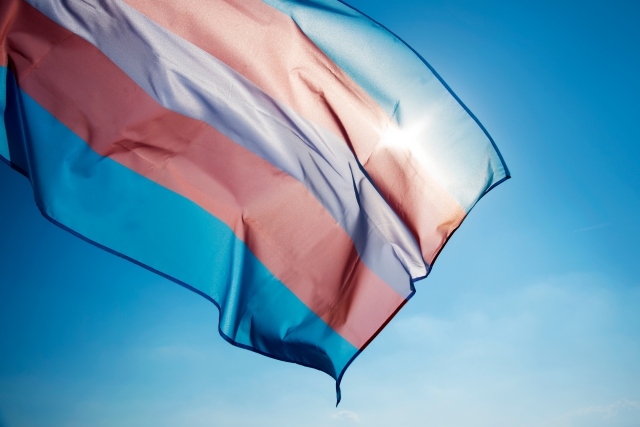 By the time you read this, the U.S. Supreme Court will have already heard oral arguments in the case of R.G. & G.R. Harris Funeral Homes v. EEOC & Aimee Stephens, which arises from a Michigan funeral home’s employment termination of a transgender woman. (Note: there’s also an ancillary case involving a gay Georgian who was fired because of his sexual orientation—what I’m writing here also in part applies to that case.)

The legal—and highly personal—controversy arose when Aimee Stephens notified her employer, Harris Funeral Homes, that she intended to transition genders on the job. She had been employed first in 2007 as an apprentice and then by 2013, as a funeral director and embalmer. Throughout that time, she presented as male, consistent with the gender assigned to her at birth.

In 2013, Aimee provided Harris Funeral Homes with a letter advising that she had struggled with gender identity issues her entire life and had decided to “become the person that (my) mind already is.” She related that in the coming months, after a short vacation, she would return presenting as female with “Aimee” as her name. The letter indicated that Aimee would present in appropriate female business attire and that in the near future, she also planned to undergo gender confirmation surgery.

Harris Funeral Homes reacted by firing Aimee, stating that, “this is not going to work out” because Aimee’s coming to work dressed as female was “unacceptable.” Ostensibly, the funeral home feared that Aimee presenting as her true self (e.g. dressed as female) would have been “distracting to the [funeral home’s] clients mourning the loss of their loved ones, would have disrupted their grieving and healing process, and…would have driven away many…clients.”

Interestingly, Harris Funeral Homes claimed that it wouldn’t have had a problem with Aimee transitioning genders outside of work and living as female whenever she wasn’t on the job. It pinned its rationale to terminate Aimee on a workplace “uniform” rule that genetic males were to dress as men and genetic females had to dress as female. In essence, Harris claimed that wasn’t being discriminatory against Aimee as a transgender woman because it applied the “uniform” rule equally to all funeral home employees.

On the other hand, the owner of the funeral home, Thomas Rost, describes himself as a Christian who believes “God has called him to serve grieving people,” and that his “purpose in life is to minister to the grieving.” Rost also “believe[s] that the Bible teaches that a person’s sex is an immutable God-given gift” and that he would “violat[e] God’s commands” by permitting Aimee to present as female in the workplace.

In other words, the argument about how Aimee was fired because she wouldn’t wear a male “uniform” is bullshit. This case, in its most basic sense, is about whether people (employers, business owners, the person on the street) have the right to discriminate against transgender people because they believe being trans is some kind of religious abomination. Given how easy it is to say what “God believes” (I’m still waiting for someone to show me the special God phoneline) and hence, “what I believe,” I don’t doubt that if the Supreme Court rules against Aimee, many in America will have renewed enthusiasm for banning me and my community from public places.

Of course, it could get way worse than that. After all, if the highest court in the land declares transgender people as less than “equal,” it’s not a stretch to imagine others deciding to take matters into their own hands.

Further, we have the United States of America—that’s right, the full force of our government in the form of the U.S. Justice Department—arguing on the side of Harris Funeral Homes. This is by courtesy of then-Attorney General Jeff Sessions issuing an edict that federal employment law did not protect employees who identify as GLBT. Happily, the Equal Employment Opportunity Commission (this is why “EEOC” is designated in the case name along with Aimee Stephens) takes the opposite position, meaning that just like our screwed-up political landscape, two arms of the same government are at odds here.

It’s likely that we won’t know how the Supreme Court will rule in Aimee’s case until June 2020—the month when the Court traditionally issues its major decisions. Regardless, it’s clear that Aimee Stephens is fighting for every transgender person in this country. Her degree of personal courage is unimaginable for most.

I just don’t want to think of how bad things will get if Aimee loses.