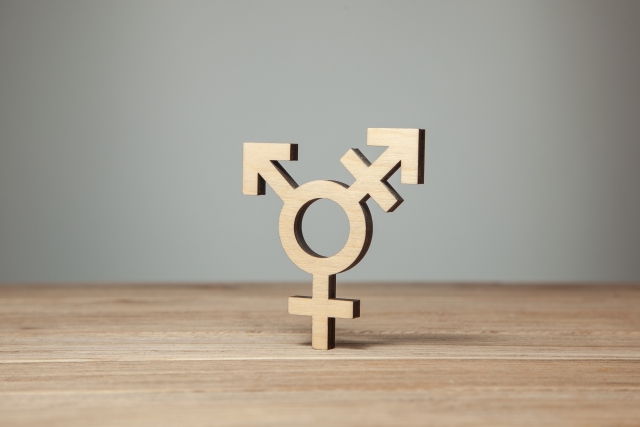 Have you heard about the referendum in Massachusetts to strip people of color of the right to use public accommodations without fearing discrimination—places such as restaurants, libraries, hotels, malls, public transportation services, and bathrooms and locker rooms?

Or did you know that parents of school-aged children in Minnesota are being warned of the “trend” that more and more children are identifying as being “of color” and of the need to prevent that from happening?

Shocking, isn’t it? Targeting a distinct minority in our society simply because of how they identify must be illegal, right?

Yes, it would most definitely be illegal if I was really talking about people of color.

However, it’s an entirely different case if the minority in question is transgender humans—which both above scenarios actually involve.

Why is that so? Not that I want to be melodramatic, but how in the world is it acceptable to target—even erase—a group of humans out of public existence?

In less than two weeks, Massachusetts voters will weigh in on a referendum proposition dubbed “Question 3,” about whether voters should jettison a part of that state’s GLBT-protective statute that prohibits public accommodation discrimination based on gender identity. As of late September (when I write this), more than 70 percent of Massachusetts voters favor keeping the law, thus protecting trans people in public. We’ll see if that percentage holds. (My fingers are crossed.)

Yet, it doesn’t address the troubling question of why it’s okay to put to a vote whether to erase me from appearing in public in Massachusetts, a state where I am licensed to practice law and where I once lived for nearly nine years.

And the attempt at erasing transgender humans continues closer to home.

In late May, the pastors of eight churches in Hastings issued a letter in response to that city council’s proclamation that Hastings would be welcoming to all people regardless of skin color, socioeconomic standing, country of origin, religion, or sexual or gender identification. The churches’ letter, while applauding efforts to make the city “welcome to all,” made it clear that there’s one group their congregations don’t welcome—transgender humans. Their position is that “transgenderism” is “needlessly confusing children and teens in our public schools.”

Again, let’s erase transgender people. It’s so much easier than getting to know us and learning that we’re just like you, with the same wants and fears. (Although, one can surmise that most people don’t fear being erased.)

More recently, the religious-oriented Minnesota Family Council issued a 74-page “Parent Resource Guide” titled “Educating and Equipping Parents on the Transgender Trend.” The guide calls for parents to resist any effort to make schools more welcoming to students who identify as trans or gender nonconforming.

The guide claims that “(s)tudents as young as kindergarten are being taught that changing sex is as easy as changing clothes…” It further asserts that, “(t)he transgender trend is grounded in the nonsensical ‘gender ideology’ theory, which claims that human identity is unrelated to the body.”

(A side note to older gay and lesbian readers: you may recall that just twenty years ago, this was the argument made against you—that one’s sexual identity couldn’t be separated from one’s body, meaning that biology dictated that boys couldn’t like boys or girls like girls. We of course know that’s just not true.)

The aforementioned guide seeks to arm parents with tools to fight the “transgender trend” at their schools. If they take up the call, those parents will disregard that being transgender is a real thing, and in the process, they’ll marginalize—wait, let me make it abundantly clear, grievously harm—kids struggling to understand their gender identity. For trans kids, there isn’t anything worse than hearing, “Jumping on that darn transgender band wagon simply means you’re confused. Ignore your feelings and pray for guidance.”

As I’ve written here before, I can take the attempts are erasing me and trans people my age. I’m older, more resilient, and have perspective that trans or gender nonconforming adolescents and teens lack. They’re the ones who suffer because of all of this. It’s reflected in our attempted suicide rate (40 times the rate for cisgender people) and rates of depression and addiction—which are through the roof.

Frankly, this erasing stuff is appalling.

It’s also not very smart or well thought out.

Proponents of Question 3 in Massachusetts, please consider this: if you win, my only “legal” public bathroom option might be the men’s restroom. Not that I’m a raving beauty, but I’m also not someone utterly unattractive. I love men and know quite well what turns men on. Remember, I used to present as a man myself.

Do you really want me in the restroom with your husband or boyfriend?