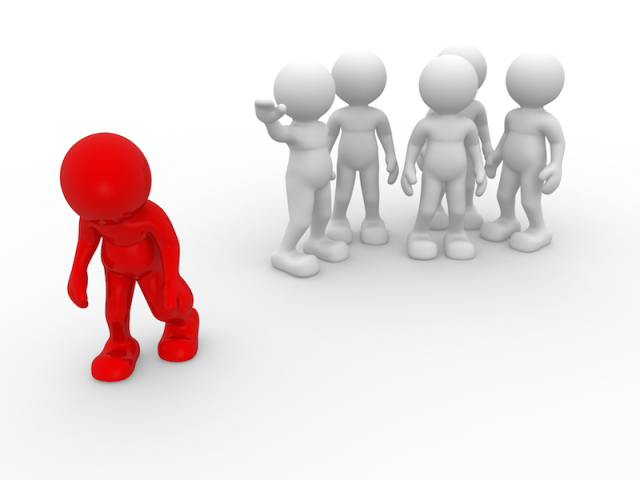 In the nonprofit world in which I work, “empowerment” is a truly positive word, maybe even a celebratory one, which means giving humans the confidence to advocate for themselves. You know, we nonprofit do-gooders live for that kind of stuff; teaching others how to fight their own battles makes us all warm and fuzzy.

Lately, however, I’ve been reminded of how “empowerment” has another meaning, one that’s way more negative, even evil. This kind of “empowerment” is about giving someone license or a false sense of righteousness to do certain things — awful things — that people ordinarily wouldn’t do. Sometimes, evil empowerment springs from the words or actions of a charismatic leader — oh, let me just pull out a random example like, say, Adolph Hitler. He went from being a deadbeat nobody to a real somebody, all because he empowered others to do things, like hate, incredibly well.

We know how that turned out.

Today, we’re seeing in real time what it means to empower people (mainly older straight white men) to exclude, marginalize, and even punch, all in the name of “making America great.”

From there, let me briefly pivot to my last column, “Bullseye,” where I wrote about my personal angst over how transgender persons are being targeted by the government.

And what do you know? Not even a week after “Bullseye” went live, the North Carolina legislature introduced, debated, and passed HB2, an anti-LGBTQ bill, in the span of 12 hours. Immediately thereafter, Governor Pat McCrory signed the bill, thereby making it illegal for me to use any public women’s restroom in North Carolina. The law also nullified a host of local laws that had been protecting all LGBTQ North Carolinians.

Way, way closer to home, on the very same day that Pat McCrory and his conservative friends were marginalizing Southern queer folk, a group of Minnesota legislators (which included 44 GOP state representatives) introduced not one, but two bills targeting trans persons in the workplace. These proposed laws would require that transgender employees only use workplace bathrooms that conform to a person’s birth gender and not their “true” gender identity.

Really? Do these people actually want me showing up in the men’s restroom? Did these narrow-minded legislators even think about how these laws, if enacted, could conceivably mean that bearded and muscled transgender men would be in the same locker room as the legislators’ wives?

But I’m not here to retread old ground from my prior column. Rather, I have a theory: underlying all of these legislative actions is a form of evil empowerment. Because of these many bills and laws (I lost count at 16 states with 44 separate proposed pieces of legislation) the clear “official” message is that it’s alright to single out trans people for special, second class, hateful treatment.

As a result, I predict that we’ll see more and more instances of transgender persons being harassed.

Because the government is “officially” telling people it’s okay to do that.

I know that in my limited world, known as “Planet Ellen,” I’ve heard of an increasing number of trans friends and acquaintances being harassed within the past several weeks.

Take for instance the ugly encounter that my late thirty-something friend Cate had at a Minneapolis restaurant (not a bar, mind you) where a complete stranger, a man, approached her and the two married friends she was with. As Cate put it, “This dude starts asking pointed questions about what’s in my pants. I push back a little, just asking him not to speak to me. He began to call me faggot, ‘boi pussy,’ and gaslighted (sic) me from that point forward, in an ugly way. I asked my companions to close out the tab and walk me home.”

Or the instance where a 56-year-old trans woman, who had just worked out at her gym, boarded the light rail at Lake Street station. A group of five to seven male teenagers approached and asked where she had purchased her shoes. When she answered, the teens started to taunt and tease her. The trans woman then moved to another part of the train, but the teens followed and continued their harassment. Thankfully, other passengers intervened and sat with the trans woman until her stop (one person even escorted her home).

What makes these stories of harassment especially remarkable is that they involve middle-aged white transgender women. If you know anything about the trans community, you know these are the last people one would expect to be singled out.

It’s true that I can’t say that any of the above harassers specifically were aware of the many anti-transgender laws I’ve written about. Still, humans are really good at absorbing information. At the moment, there’s a whole lot of “official” information out there stating that transgender persons aren’t equal.

That, in my book, is how evil empowerment works.

Ellen (Ellie) Krug is the author of Getting to Ellen: A Memoir about Love, Honesty and Gender Change (2013) and the architect of The C* Project, a new rural Midwest diversity/inclusion initiative (www.elliekrug.com/the-c-project). She welcomes your comments at [email protected]