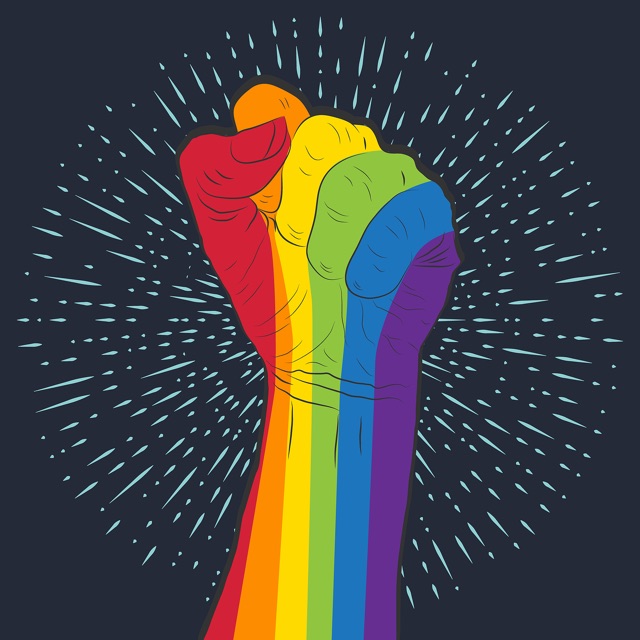 As they say, elections have consequences.

Somewhere around noon on Saturday, November 7th, one consequence of the 2020 presidential election was that 79-million-ish Americans started celebrating, many in the streets. That included a whole bunch of LGBTQ-identifying humans and their allies who finally were able to breathe a collective sigh of relief.

There are no words to capture the utter joy I experienced just now in writing the two preceding sentences. It’s as if someone with a crowbar pried a million bricks off my chest.

More personally, the election had several other consequences.

For one, I had been debating whether to return to live in Iowa where I grew up, raised a family, and came out as Ellie Krug more than a decade ago. I’m truly an Iowan at heart and often think that when the time comes, I want my last few breaths in this world to occur on Iowa soil.

I nixed returning to Iowa when the state went near completely Red in this election—the governorship (still in midterm) and Iowa Senate and House are majority Republican. Indeed, a few days after the election, Iowa Republican legislative leaders announced they gauged the results so overwhelming that they believed it was a “mandate” from voters.

For queer people, “mandate” is code for more attempts to pass anti-LGBTQ laws, particularly legislation that will seek to further marginalize transgender persons. This could come in the form of bathroom bills (where I’d be forced to use public restrooms that conform to my birth gender), or restrictions on access to healthcare, or god knows what else.

It just doesn’t make sense for me to go from the Twin Cities, where I’m relatively safe to live as “me,” back to a state where elected leaders relish making me and others in my community second class citizens. I’d also always fear that as a trans woman who doesn’t fully “pass” due to my voice, I might find myself in the wrong place, at the wrong time, with the wrong people. I just can’t justify taking that risk.

In summary, Iowa won’t have this native daughter returning. At my age—soon to be sixty-four— this was probably the last window for me to get back home to replant roots.

Writing that makes me incredibly sad. My heart is truly Iowan.

This election also helped me decide not to run for elected office, something I had been kicking around for nearly a year. I’m convinced that most of our elected leaders have two major faults: they’re afraid to actually lead for fear that it will cost them political clout and they’re unwilling to use bold imagination to tackle problems innovatively. Instead, most elected officials cower and default to same old, same old, strategies to problem solve.

That largely explains why it seems that we hardly move the needle on intractable issues around skin color, income inequality, homelessness, and a host of other things that must be addressed but aren’t.

I’d like to think that I’m not afraid to lead, and god knows, I’m always using my imagination, sometimes to my detriment. But I wanted to wait to see how things shook out with the 2020 results before deciding whether to run. Then, after some candid advice from a dear friend, along with a jolt of much-needed self-honesty, I decided that I just don’t have it in me to campaign, ask for money, and do all the other crap that comes with running for elected office.

Nope, I think that I should just stick with what I do best: talking to and inspiring humans on how to be more compassionate toward each other, particularly to those considered “Other” in our often narrow-minded and fearful society.

One more personal consequence of Election 2020: I will redouble my efforts to bridge the huge divide between Red and Blue America. This includes doing far more work in greater Minnesota (and the larger Midwest in general). I’ve been pushing to no avail an inclusivity plan to reach those who live outside the state’s urban areas; it looks like I simply need to push harder. (A Hail Mary: email me at [email protected] if you’d like a copy of that inclusivity plan; I’ll take any help I can get.)

The problem, of course, is that I’m just an army of one (see a prior column where I whined endlessly about that…). Still, that’s not an excuse not to try.

Finally, the last few weeks, which have given me the ability to say, “Biden-Harris Administration,” have also allowed me to hope again. For sure, things are incredibly bumpy right now as the current White House occupant works to burn down the country on his way out the door.

Yet, though, I again believe in the promise of America.

It feels so damn good.