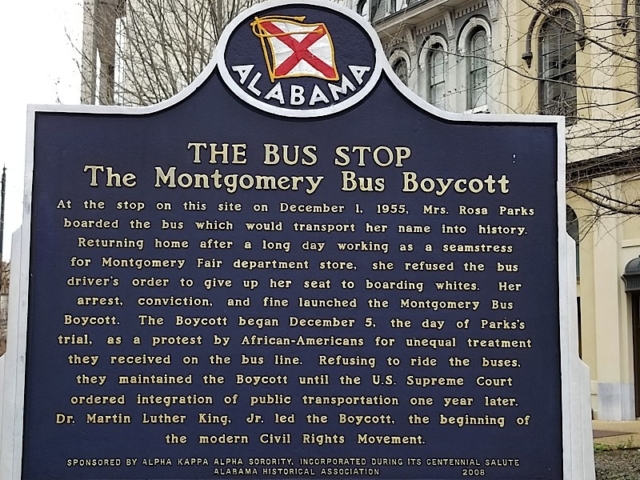 Last month, I wrote about my plan to travel across the South to speak about hope with the goal of figuring out if my idealism actually means anything.

I took that trip.

Over the course of ten days I drove nearly 3300 miles—much by interstate but several hundred miles were on two-lane blacktops through Florida, Georgia, Alabama, and Mississippi. I got a sense of our country, this place we call America, and came to better understand how no one group has the market cornered on suffering or fear.

Along the way, I met many inspiring people, like Steve Rygiel, the legal director for Birmingham AIDS Outreach, who provides legal assistance to Alabamians who struggle with blatant discrimination because of their HIV status. Steve spoke of how BAO operates the only GLBT medical clinic in an entire state of nearly five million people.

I also met Mary Ann Connell, a grand dame who teaches law at Ole Miss Law School while well into her seventies. She sat in for a “meet and greet” with 20-something Ole Miss GLBT law students and allies where I shared about being a hopeless idealist. Mary Ann, one of the first women to practice law in Oxford, Mississippi, spoke of attending Harvard Law School for a second law degree where she met a lanky young law student named Barack Obama. Later, during the 2008 presidential campaign, she wore a big fat “Elect Obama” button to a meeting of conservative Mississippi women—obviously, pushing envelopes that I can only imagine exist.

Then there was Jami, a non-traditional (e.g. older) first-year law student I met at McKinney Law School in Indianapolis after a “Transgender 101” talk in which I praised the mothers of transgender children as “lionesses” because of how they relentlessly champion their transgender child. Afterward, Jami approached to shake my hand and said, “I’m one of those lionesses, Ellie.” She had put her education on hold to protect her trans son (who’s now a college student) as he was growing up in Indiana—a state not known for tolerance.

At a convenience store in rural Georgia, I was reminded of what it means to be the only one of “me” in the room—I walked into a bustling space of 20 or so people to find that I was the only white person in the building. In instant, I felt a palpable and intense feeling of being “other.”

I drove away from the store reminding myself that’s what it’s like to be a person of color in many Twin Cities settings.

In Montgomery, Alabama, I found Court Square, which represents the worst and the best of America. On one side of the square is a placard that describes how, as late as 1859, Montgomery hosted four slave depots and seven slave auctioneers. As I stood there taking in those words, my heart began to hurt.

30 yards away, on the other side of Court Square, is another placard about a bus stop that reads in part, “At the stop on this site on December 1, 1955, Mrs. Rosa Parks boarded the bus which would transport her name into history.” What bravery, what guts.

And what inspiration for me, the hopeless idealist.

Three blocks from Court Square on a hill overlooking downtown Montgomery, the finishing touches were being put on the National Memorial for Peace and Justice, which honors the 4,384 known victims of lynching between 1877 and 1950 in 816 counties across the United States. The memorial is on that hill because that’s where hateful men lynched blacks as part of Jim Crow oppression.

Finally, I was interviewed on Mississippi Public Broadcasting where a caller said that “God doesn’t make mistakes” and advised that I’ll always be male regardless of what I think. He suggested I get used to being marginalized, since it was the religious right of others to do so.

I had expected that call. What I didn’t anticipate was the several callers who followed, who affirmed the right of GLBT humans to live authentically. “God gives people challenges,” one caller said, equating transgender folks to a child born with a heart defect. “We fix the heart defect and don’t simply accept it,” he related. He went on: I too had the right to “fix” my gender and body when they didn’t work with my brain.

What compassion, from Mississippi no less. It was so unexpected.

The road trip buoyed my idealism hundredfold. Almost everyone wants the same things: for their kids to succeed, to be free of violence, and to have 20 minutes of peace.

Most of all, South or North, Midwest or West, everyone simply wants to love and be loved.

Please remember that. I certainly will.

(Note: You can read about my trip on my blog at www.elliekrug.com.)