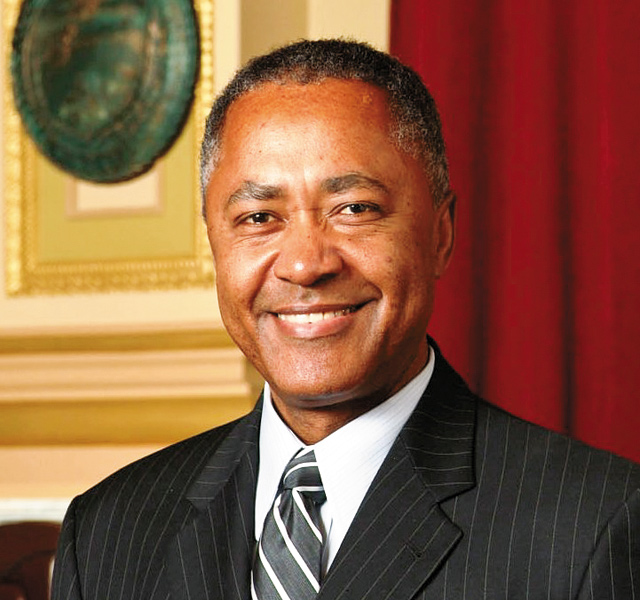 1. Mayor Rybak really pushed for making Minneapolis a more “liveable” city advocating for more public art, mass transit and community programs.  How would your approach as mayor differ and what would be the theme for your term?

Mayor Rybak will leave a strong legacy of economic development and raising the standard of living in Minneapolis, and as Mayor, I’ll continue his strategy when it comes to those issues. But, to further ensure the economic growth and sustainability of our city, we must also take on different issues. We must take on and close our persistent achievement gap and we must continue to drive down crime. I will be unlike any mayor in Minneapolis history when it comes to involvement in Minneapolis Public Education, and I will be committed like no other when it comes to changing the perception and reality of crime in our city. That will be my legacy.

Making sure our city is inclusive of all people is work that I have been doing for over two decades, and this includes our GLBT brothers and sisters. One of the first things we need to do to help create a more inclusive environment is having more LGBT members working in our police, community groups and in city government in general. The more representative we are of our city, the most inclusive we will be. But, I believe it’s critically important that leaders respond forcefully when people are found to disrespect the rights of all people, including the LGBT community. That’s why I recently called for the resignation of two off-duty Minneapolis police officers used anti-GLBT and derogatory language to describe Chief Jenee Harteau. That type of activity is unacceptable. That is the type of leadership that will lead to true inclusion and acceptance.

The investment in Block E predates my time on the Minneapolis City Council. But, it’s true that Block E has been a disaster. Now that Block E is here, we must have a plan. I believe the next Mayor must be work with potential tenants and Block E owners to ensure that the next tenants of Block E have a plan to be financially successful.

As the only candidate for Mayor that voted for the Vikings Stadium deal, I know the tough advocacy that Mayor Rybak led. And I was with him every step of the way. The reason I supported the deal was because it was going to bring thousands of jobs, to a construction and building trade that had been deeply hurting since the beginning of the 2008 recession, and because it enabled the City to restructure its finances for the better. This restructuring provided flexibility for the City to be able to lower property taxes on residents and businesses. In fact, Mayor Rybak just stated in his 2013 budget address that he would not have been able to propose a $3.2 million property tax cut without the flexibility that the stadium deal provided. Those are the two reasons I did what was politically unpopular and voted for the stadium deal.

Moving forward, if the Timberwolves or any other professional sports team asked for public assistance to fund a new arena, I would demand that the use of any public dollars would assist in job creation and assist in the cash flow of city finances. I refuse to just spend public money to keep a team in our City.

As a former senior executive of a Fortune 500 company, I believe that accountability and data based solutions are essential to effective leadership. That is why I led the effort to institute Results Minneapolis, a data management system that gathers information and measures the performance of nearly all city functions. This system has been transformational in understanding what programs are working, what are not and it has highlighted inefficiencies and saved taxpayer dollars.

We must work with our suburban partners to set the medium term goal of become a zero waste city, but we can’t do it alone. Roughly two thirds of the garbage burned at the Hennepin Energy Recovery Center (HERC) in downtown Minneapolis, comes from the suburbs. That is a big step we can take towards clean energy use. In addition, we need to provide cleaner energy options for our residents. I will also continue to support initiatives, such as the 100 green homes and solar gardens that will help maximize energy efficiency and generation of clean energy.